Ellen Lloyd - AncientPages.com - The ancient kingdom of Chu flourished in China between around 1030 – 223 B.C. According to legends, the royal family of Chu descended from the Yellow Emperor.

Who Were The Chu People?

The beginning of Chu’s history remains disputed as few historical facts are available. What is known is that according to an ancient legend, the earliest ancestor in the lineage of the Chu royal family is Zhu Rong, the God of Fire. Zhu Rong acted as Emperor Shun’s huozheng (“Minister of Fire”).

His main duties involved observation of the sky and seasons, all everything related to fire (such as burning grass in wastelands and fire hazard prevention), as well as ceremonies to pay respect to the heavens. 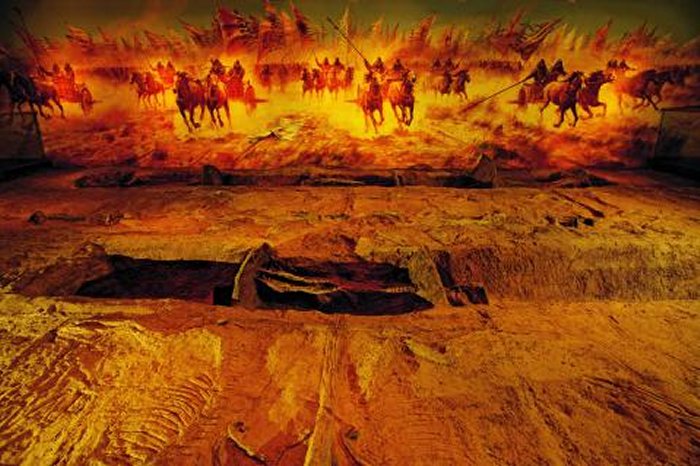 This is a restored painting of Chu’s conquests unearthed in the Jiuliandun Chu Tomb in Hubei. It was during the invincible conquests that the Chu had disseminated its own distinctive culture, and at the same time, it absorbed and digested the local cultures of where it had expanded to, eventually forming the unique and inclusive Chu culture. Photo/He Wei

Around the end of the Shang Dynasty, a branch of Zhu Rong’s lineage relocated southward from the central plains to the banks of the Danjiang River in southwestern Henan Province. Xiong Yi, who was a descendant of the Yellow Emperor and Zhuanxu through his great-grandfather Yuxiong established the first capital of Chu at Danyang (present-day Xichuan in Henan). Later, as the Kingdom of Chu expanded, their people mostly moved to the east and south, into other territories occupied by the Southern Barbarian people.

Xiong Yi’s appointment as a vassal to the Zhou court also marked the beginning of the Kingdom of Chu’s 800-year history.

The Chu people had their own special view of the world and the universe. For one thing, they believed in magic, ghosts, and witchcraft.

The people of Chu considered death to be a passage into another form of life, and thus had a custom of elaborate burials, for which members of high-ranking nobility would be buried along with large quantities of bronze and jade artifacts, instruments, and bamboo scrolls. Each tomb resembled a small-scale museum by modern standards. 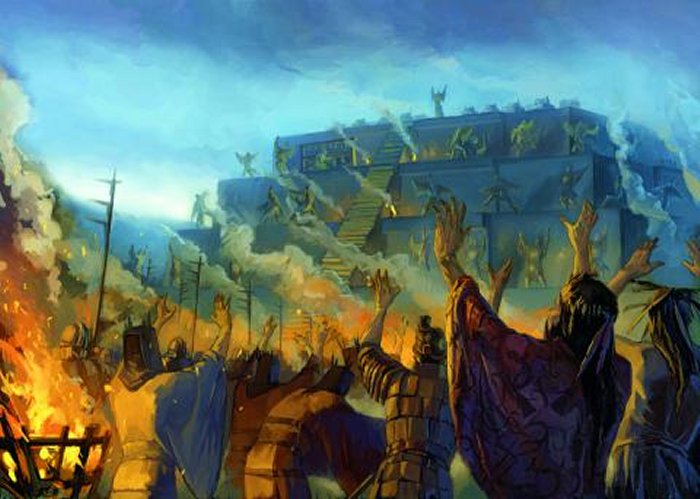 At the beginning of their history, the Chu civilization worshipped not only their ancestors but also totems of the Sun, fire and the legendary bird Phoenix. Later, when the Chu civilization grew larger and entered new territories, they adopted many other beliefs and eventually they became a multi-gods religious society.  However, they continued to worship especially their ancestors and the giant mountains.

The Chu Civilization Was Defeated By King of Qin, Ying Zheng

The Chu kingdom became especially significant during the late Shang Dynasty (c. 1600 – c. 1046 BC) and throughout the Spring-Autumn and Warring States periods (770 – 221 BC). 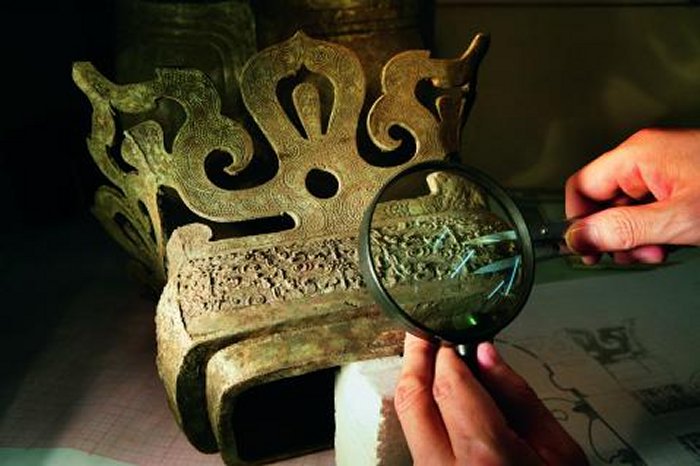 The Chu kingdom included most of the present-day provinces of Hubei and Hunan, along with parts of Chongqing, Guizhou, Henan, Anhui, Jiangxi, Jiangsu, Zhejiang, and Shanghai. For more than 400 years, the Chu capital Danyang was located at the junction of the Dan and Xi Rivers near present-day Xichuan County, Henan, but later moved to Ying.

Unfortunately, the magnificence of Chu culture did not last for long. In 223 BC, the King of Qin, Ying Zheng, began his conquest to unify all of China, beginning with a 600,000-soldier siege on Chu. The battle with Qin, the first imperial dynasty of ancient China was more than the Chu civilization could handle. The Chu kingdom collapsed and its civilization and rich culture vanished.

That would be the end of the story if it hadn’t been for the mysterious “underground Kingdom of Chu”, where we can admire marvelous collections of bronze artifacts, silks and embroideries, paintings, and music. 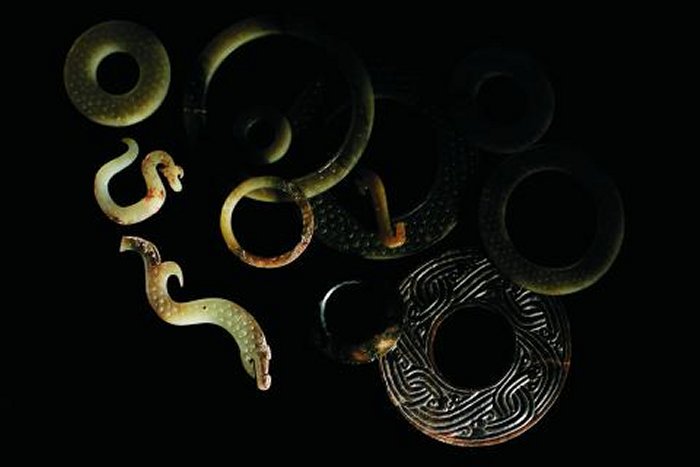 For the first time ever, long-lost Chu artifacts can now see the light of day once again, and expand our knowledge of the Chu people and their culture. According to historical and archaeological records, there were more than a dozen of varieties of silk products in Chu. 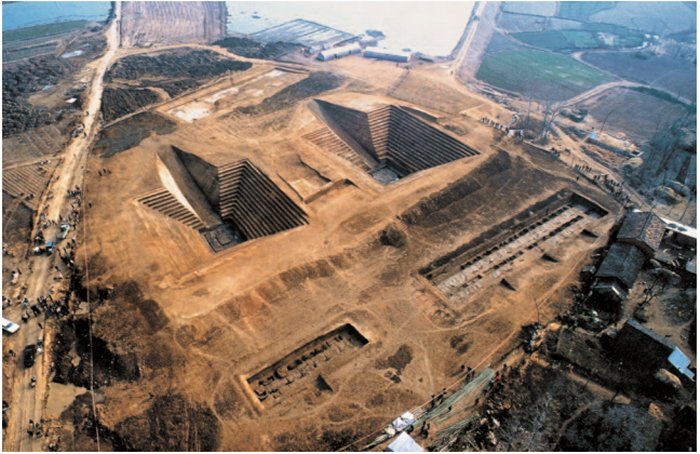 These fabrics are proved to be extremely sophisticated with their complex structure, bright colors, complete lineage, advanced lineage and exquisitely detailed patterns. 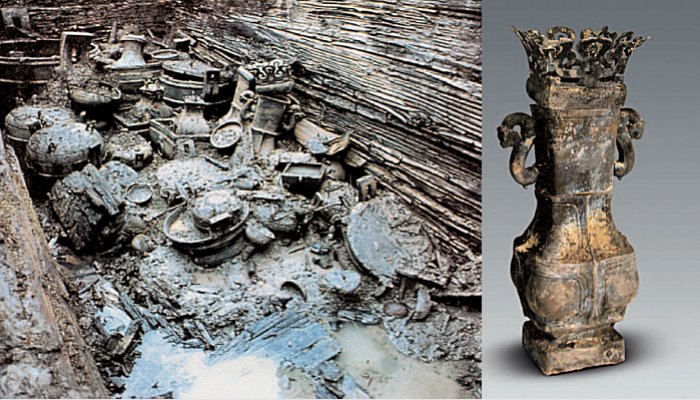 By examining several ancient Chu tombs archaeologists have gained a deeper insight into the lives and beliefs of this interesting civilization. Based on the findings discovered so far, scientists think that the large tombs probably belonged to people of high status of the mid- to late-Warring States period (5th to 3rd century BCE).  In one large tomb, archaeologists came across several bells, but they were not in tune and couldn't have been used as musical instruments, though it should be added that there were ancient musical instruments among the discovered artifacts.

Researchers also found that there is a close connection between the physical placing of the
burial objects and their internal significance in relation to one another. Knowledge about the Chu peoples' rituals, customs, and traditions is still incomplete.

Although it is still a matter of debate, many historians think Ji’nancheng was the capital of the Chu kingdom. Excavations in the Ji’nancheng Ruins also revealed a tomb of particular interest that could contain the bodies of Chu kings.

This once powerful kingdom was never really erased from history. Today, many historians believe that a large part of Han culture is in fact descended from Chu culture.