A. Sutherland - AncientPages.com - 'Burnt mounds' also known as fulacht fiadh are thought to be cooking places of the legendary soldiers of the High Kings of Ireland. They were also used by ancient Celtic communities to celebrate two great Celtic fire festivals, Samhain ('Summer End') and Beltane (the beginning of summer).

This millennia-old tradition of cooking pits survived from the Bronze Age (1800 BC) until the Elizabethan Era, from 1558 to 1603. 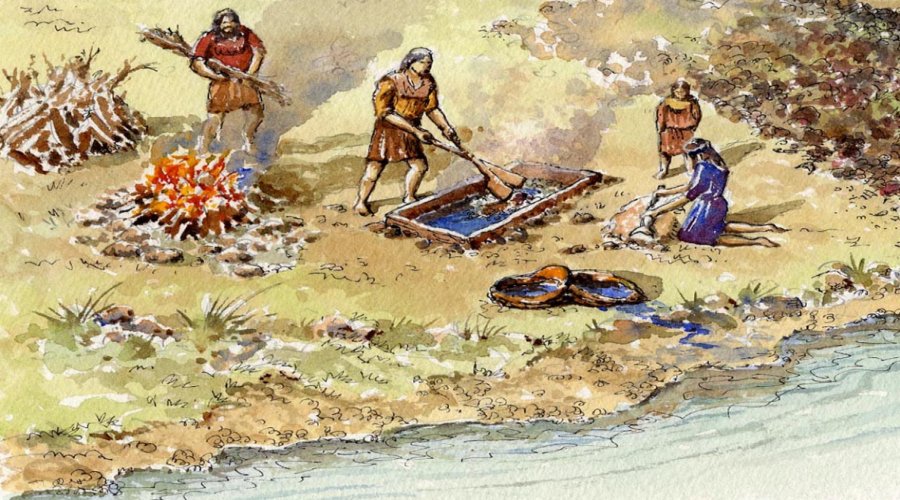 Such ‘kitchens’ were usually circular, crescent-shaped, or described as a horseshoe or kidney-shaped mound of fire-cracked stones mixed with charcoal and ash and a depression to one side of the mound.

They are true ancient Irish cooking sites. The water from a nearby stream would have been used to fill the trough and stones heated on a nearby hearth until red-hot.

The stones would have been dropped into the water until it came to the boil, which would have taken about twenty minutes.

Meat, wrapped in a bundle of unthreshed oats, could be cooked at a rate of twenty minutes per pound weight, which means that a 4.5 kg joint would be ready for consumption in three hours and forty minutes. The mound of stones with its tell-tale shape is formed by the cracked stones which were cleaned out of the trough after cooking and cast on the three sides away from the source of water. 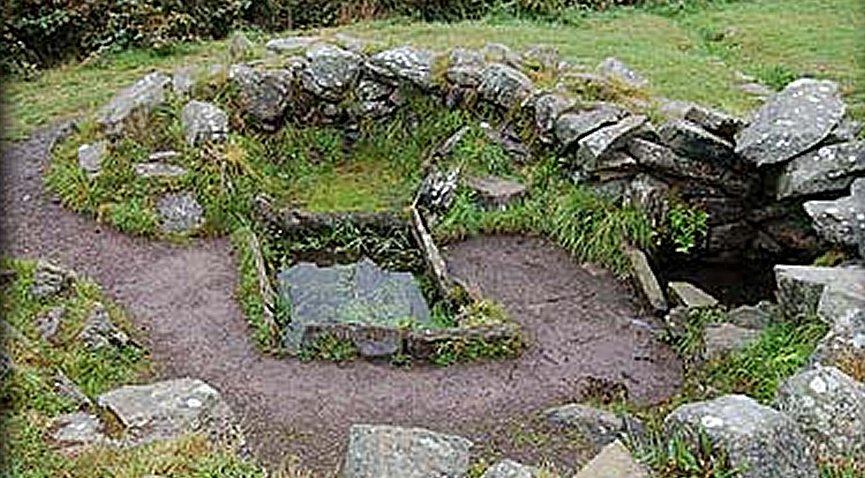 The structures are usually found alone but have also appeared in groups of two to six, spaced as close as 16 or so feet from one another, forming an archaeological complex. Credits: ancient ireland.org

Recent dating of 'fulacht fiadh' across Ireland indicates they are all Bronze Age in date and their sizes varied from a few meters in diameter to more than thirty meters.

The term ‘fulacht fiadh’ is found in the early Irish literature from at least the 9th century AD and refers to an open-air field kitchen in form of a water-filled pit used to cook meat. In Gaelic, “fulacht” means “cavity,” and it can also refer to an outdoor cooking pit where meat was roasted on a spit or over an open fire.

Researchers believe that "Fiadh or Fia" which means "of the deer" or "of the wild", may be derived from the early word "fian" - "of the Fianna (or Fionn Mac Cumhail).

Fionn MacCumhaill was a great mythical Irish warrior. His name has a number of different spellings and the name ‘Fionn’ (in Gaelic, 'fair') likely referring to light colored hair. Fionn was the son of Cumhaill, the leader of the legendary warriors of the High Kings of Ireland - Fianna, who lived apart from the rest of Gaelic society.

The location of 'burnt mounds' was usually close to a stream or lake, or any low-lying boggy ground. A rectangular pit, a meter wide by 2 meters long and maybe half a meter or more in-depth was dug where it would quickly fill with water. Then, it was clad on the four sides with wooden sections. 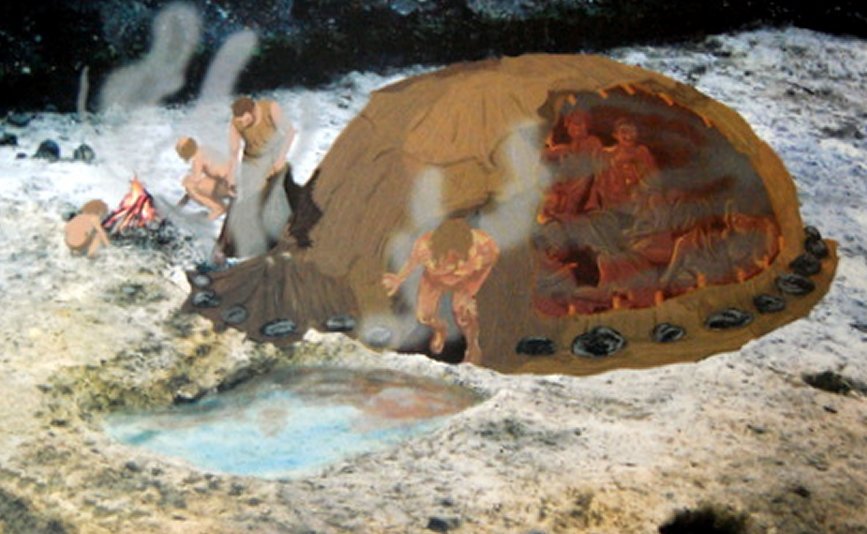 Reconstruction of a burnt mound being used as a sweat house (Eogan & Shee Twohig, p. 184)

A fire was set near to the pit, upon which stones were heated and then dropped into the water. Subsequently, a joint of beef, pork, lamb, chicken, or other meat, was wrapped in straw (sugan - like the straw ropes) and put into the simmering water until cooked.

The boiling water obtained in this heating process was probably used for a variety of purposes.

Some recent tests have shown they could boil seventy gallons of water (265 liters) in about fifteen minutes!  The 'burnt mounds' were also discovered in the neighboring United Kingdom, but most of them - approximately 6,000 recorded fulacht fiadh sites - are located in Ireland. 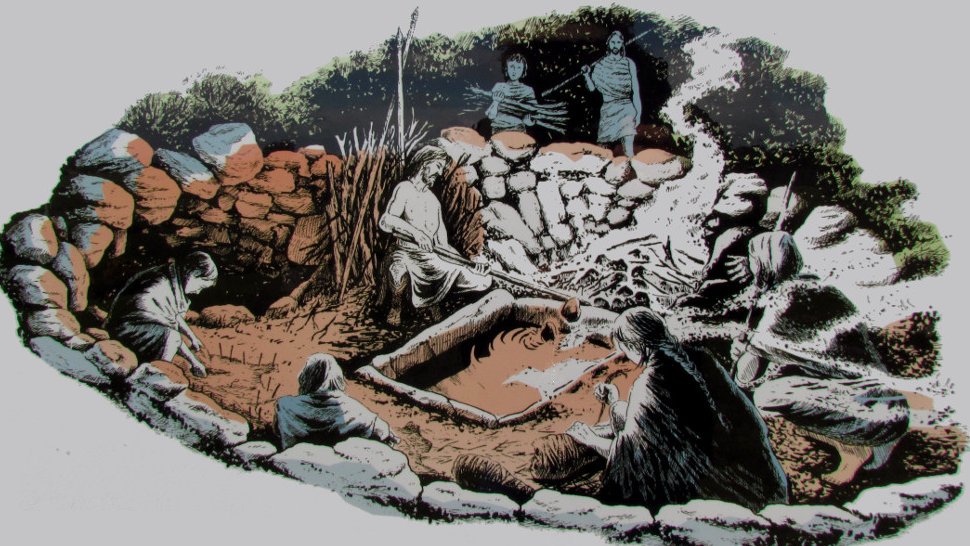 Overall the fulacht fiadh may have indeed been multifunctional, something like our modern kitchen sink - used for many different purposes. Source

Several other theories have been proposed to explain the nature of the Irish 'burnt mounds'. Covered by light structures, the sites could have been used as saunas or sweathouses, to brew beer or for textile production.

However, a lack of indispensable artifacts associated with any of the proposed activities at excavated fulacht fiadh sites continues to shroud the purpose of these prehistoric structures.

Only in some of these sites, there were unearthed certain artifacts such as a gold ring, a dress-fastener, some amber bead fragments, and tanged arrowheads. This could indicate that the 'fullacht fiadh' served not only domestic purposes but even ritual ones.