A. Sutherland - AncientPages.com - The beautiful ancient city of Polonnaruwa in Sri Lanka was a place where powerful kings ruled 800 years ago. Polonnaruwa (also sometimes called Kandavuru Camp City) was proclaimed to the capital by King Vijayabahu I in the 11th Century, A.D and thus replaced Anuradhapura, which was plundered and abandoned due to attacking and invading armies from South India.

“Two of Sri Lanka’s most capable kings, Vijayabahu I and Parakkamabahu I, ruled from the city of Polonnaruwa. The first of them, for forty years and the second for thirty-two years.

Both the kings were great builders and very generous patrons of Buddhism. Most of the monuments the pilgrims visit today in Polonnaruwa  are attributed to them…”

“…After the death of the king Parakkamabahu I in 1186, the only king who managed to rule any length of time  was Nissankamalla. He was Orisan by birth and probably converted to Buddhism in order to be able to assume the throne. If his numerous inscriptions and edicts are anything to go by, he was vain to an almost comical degree. Nonetheless, during his nine years reign Nissankamalla adorned Polonnaruwa with several fine monuments…”

Polonnaruwa is mentioned in many ancient myths and legends. According to tradition, vast palaces and temples of the city were guarded by dwarves. The local people believed the small beings were sinful souls punished for their evil deeds. 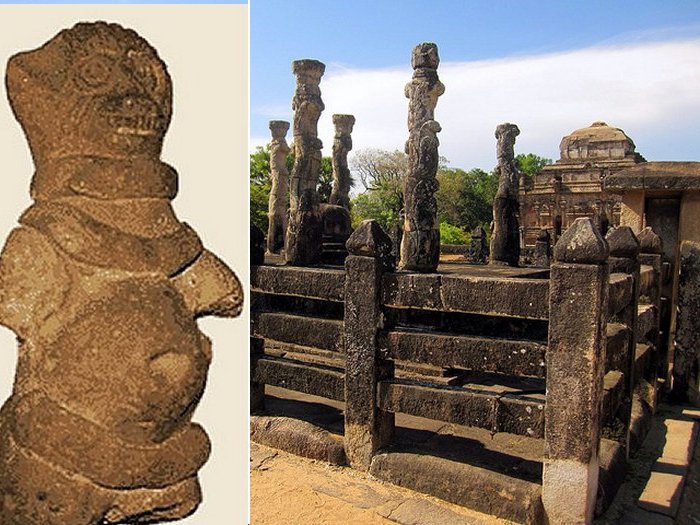 However, traces indicate that dwarfs were the last descendants of the tribe of little people, inhabiting the jungles of Sri Lanka.

In beliefs  Sri Lanka's people, the number 'seven' plays an important role. 'Seven' is widely considered to be one of the most sacred numbers. This mysterious number has accompanied humanity for a very long time.

During the Polonnaruwa period, the seven figures of Maathas (seven mothers) were carved in three different stone slabs. All the seven Maathas are different and collectively called Sabtha Maathas.

Discovered in the ruins of the 5th Sivan temple of Polonnaruwa, the Polonnaruwa period Sabtha Maatha are based on Hinduism and depicted with four arms. They are depicted in a seated position.

Today these fascinating   ancient carved figures have their honored place at the National Museum of Colombo under the title of Sabtha Maathas. They are similar to The same category of Sabtha Maathas (seven mothers) sculptural friezes of seven mothers encountered at various archaeological sites in India and in several Siva temples located in South India. 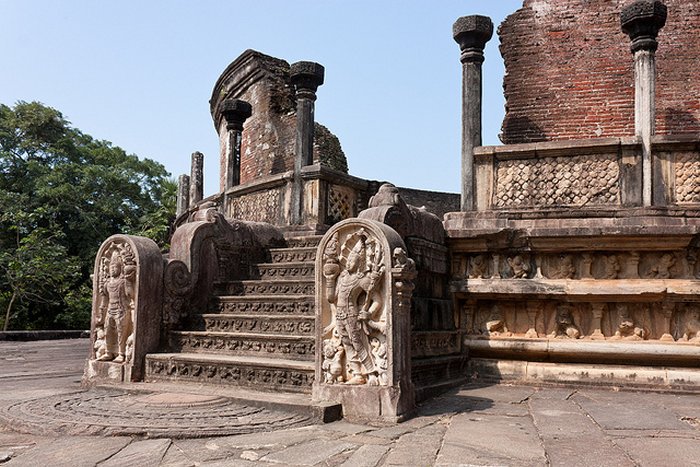 Besides the Brahmanic monuments built by the Cholas, this unique medieval capital of Polonnaruwa comprises, the monumental ruins of the fabulous garden-city created by Parakramabahu I in the 12th century.

There are also countless tombs, temples, statues and stupas in the city of Polonnaruwa.

The ruins of the ancient city stand on the east shore of a large artificial lake, the Topa Wewa Lake, or Parakrama Samudraya (the Sea of Parakrama) and remind about the city's great time. There are important Buddhist monuments  at Polonnaruwa centered for example around the Sacred Quadrangle,a collection of temples and shrines all built on a large raised terrace. In ancient times, none of these temples was accessible to the public.

Within a rectangle of city walls stand palace buildings and clusters of dozens of dagobas, temples and various other religious buildings. 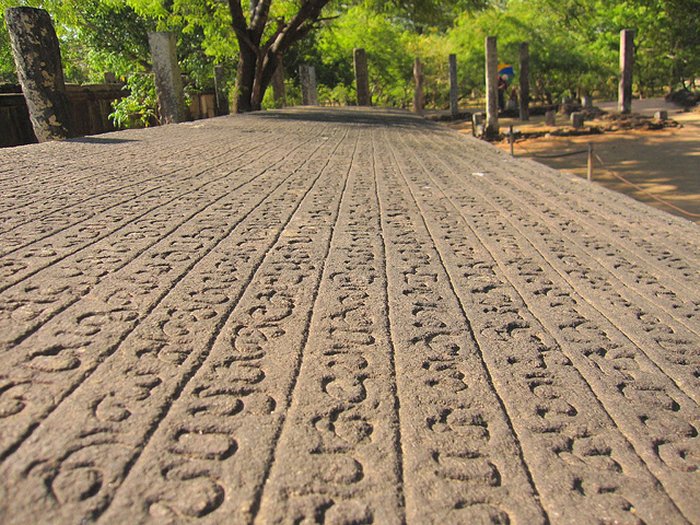 Scattered across the area there are many ancient buildings of historical importance that can be found to the north of the main complex, outside the city walls and close to the main road to Habarana and Dambulla.

Archaeologists have unearthed many wonderful ancient relics the site such as the stone lion which once guarded the palace of King Nissanka Malla, or the fine Hindu bronzes unearthed from the ruins of the Siva Devale Temple. 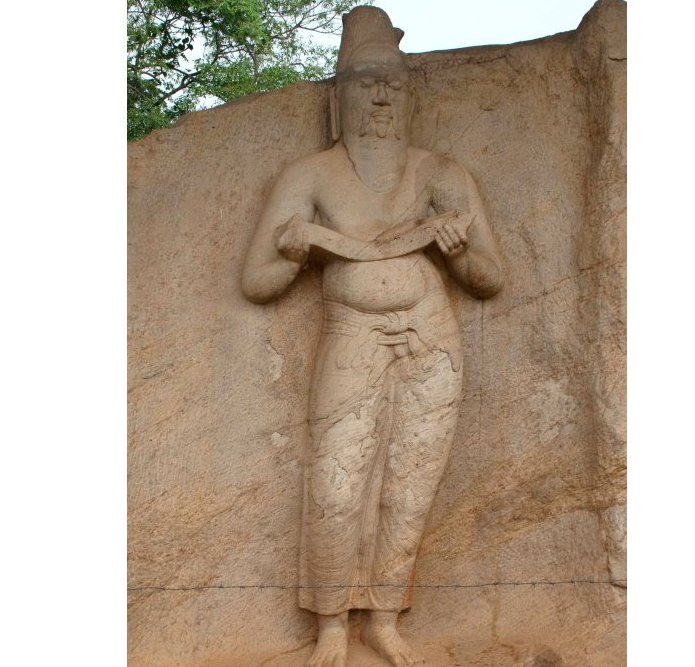 One intriguing monument is the Polonnaruwa statue of a man of a man of noble disposition holding a stack of manuscripts. Who the statue represents is not entirely clear. Some researchers have suggested this is a representation of the King Parakramabahu the great.

There are also those who say this could be of the sage Pulasti, after whom the city was named Pulastinagara. The Polonnaruwa statue rises at a height of 3.5m and is truly impressive. 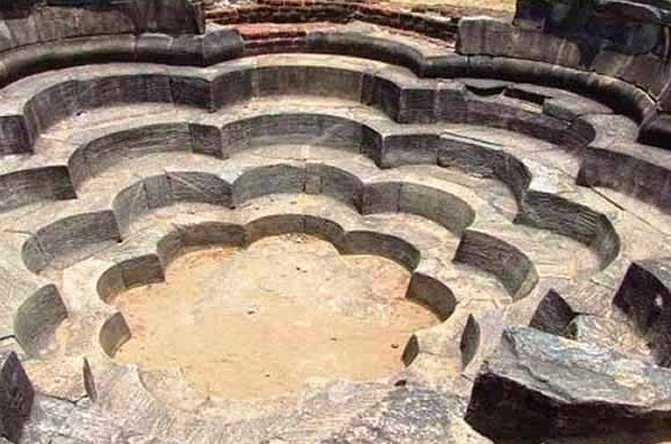 The magnificent Library Monastery can be found not far from the King Parakramabahu statue. At the site we find square terrace house, a circular shrine or library where the sacred books were deposited.