A. Sutherland - AncientPages.com - An ancient city called Idu (now Satu Qala) was long hidden beneath a mound and a few years ago it was finally unearthed in northern Iraq. Idu is mentioned in the first half of the 2nd millennium BC and in the second half, it was a major center and the capital of a major province of Assyria. 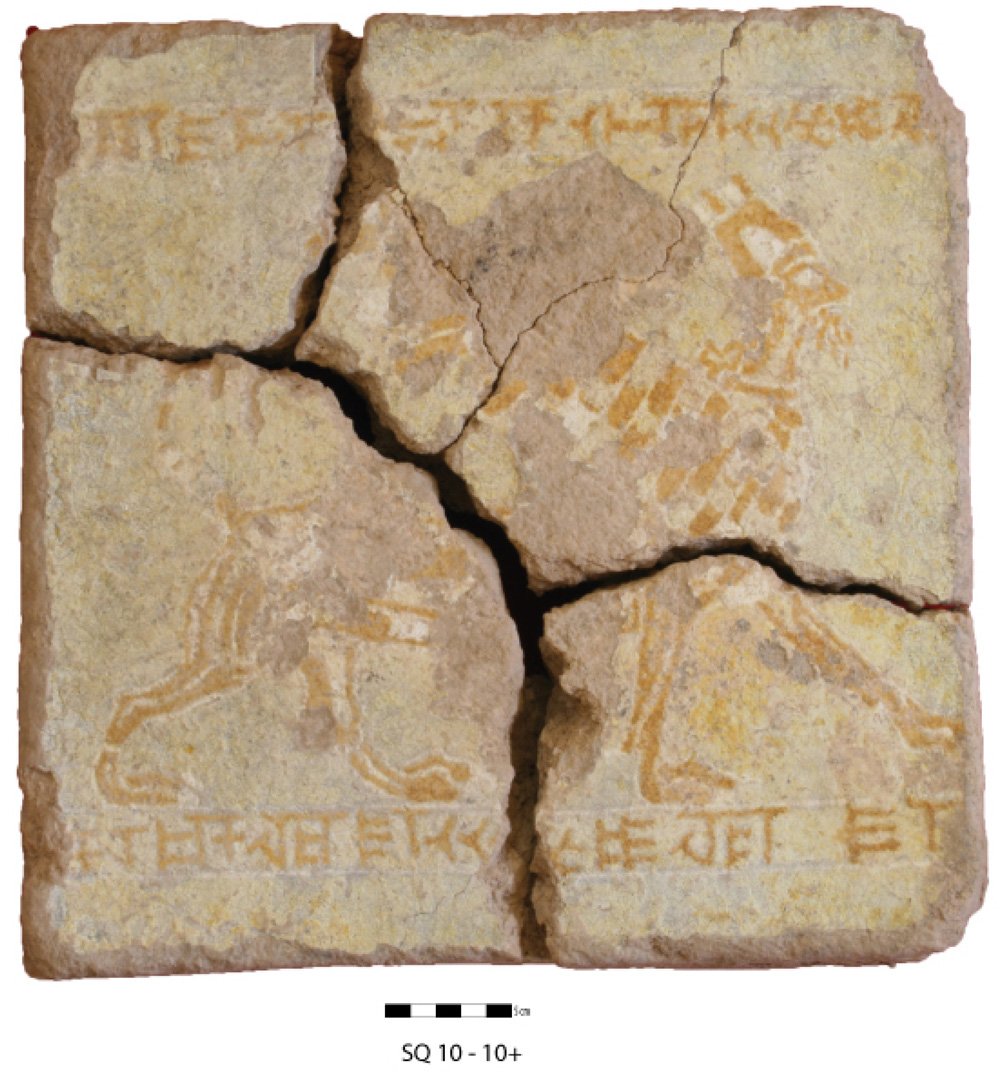 As located at the gate that leads from the plains of the west to the mountains of the east and northeast, Idu was a major crossroad of two axes, south-north, and west-east and in the region met many people Hurrians, Urartu, Babylonians, and Assyrians.

This historical and archaeological place even today separates two major provinces from each other: Erbil and Kirkuk.

The oldest written evidence concerning the region of Idu comes from the Ur III period. Destroyed due to temporary military campaigns, Idu finally appears again in the Middle Assyrian period under its old name, but this time as a flourishing center and capital of its region.

Middle Assyrian control over the provinces weakened and an independent royal dynasty arose in the city of Idu. It was towards the end of the Middle Assyrian period. Cuneiform writing uncovered on the site described Idu as a flourishing kingdom for 140 years. 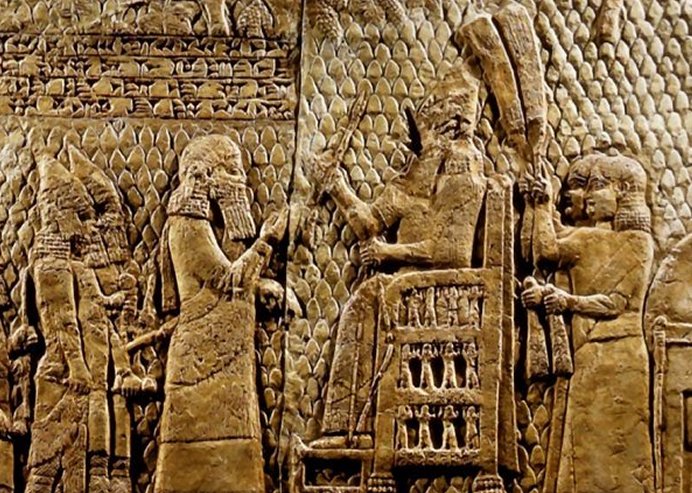 King Sennacherib and his crown prince Arda-Mullissi after the battle of Lachish in 701 BC. From the palace at Nineveh. Source

At least seven successive kings with Semitic and Hurrian names, ruled Idu, according to inscriptions found at the site. Six of the kings worked to build and expand the local palace center.

The title of "kings of the land of (the city of) Idu" implies that the kingdom extended beyond the immediate city area.

By the end of the 10th century BC, Assyria again appeared on the scene to reclaim some of the territories the empire had lost at the end of the 2nd millennium. Archaeological excavations revealed scrolls with images of griffons and sphinx statues that once decorated King Ba’auri’s grand palace.

Based on findings made by a team of archaeologists from the University of Leipzig, Germany, Idu was under the control of the Assyrian Empire about 3,300 years ago, then later gained its independence as the empire declined. 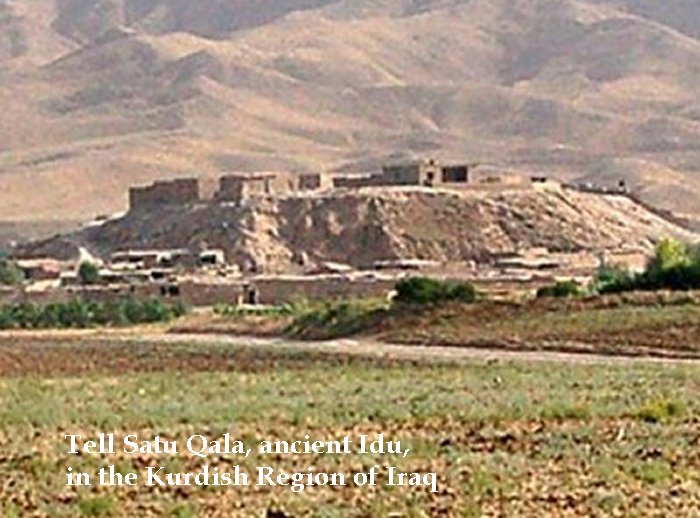 Tell Satu Qala is situated along the Little Zab in Iraqi Kurdistan. In 2008, an ancient palace center has been discovered during excavations near Satu Qala.

The area was carefully examined when an inscribed mudbrick came to light that identified it as ancient Idu, a provincial capital of the Assyrian Empire that was already known from other texts.

In 2010 and 2011, a team of archaeologists from several German universities carried out small-scale excavations resulting in the recognition of archaeological material ranging in date from the fourth to the first millennium BC.

During these excavations, numerous inscribed mudbricks were found, from which the names of at least seven local kings, previously unknown could be reconstructed.

Moreover, the find of a wall peg with the partly preserved name of Assurnasirpal II indicates that at the time, Idu was firmly part of the Assyrian Empire.

Idu seems to have been one of the crossing points from south to north. These were important routes to Iran in the east and to Babylonia in the south. 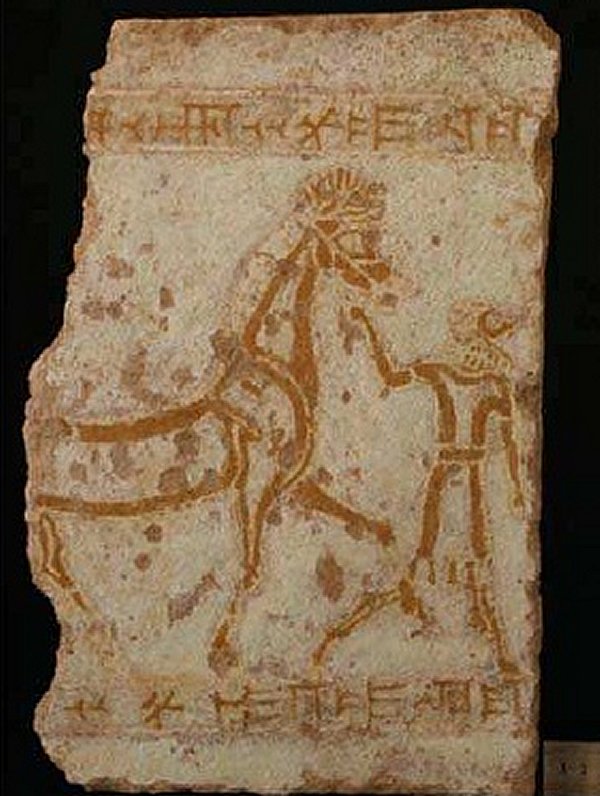 "The role of the Lower Zab as a regional boundary goes back to much older periods. In the Middle Babylonian and Middle Assyrian periods, the Lower Zab region was the subject of long-term dispute between the two states, and the boundary was eventually set there only after peace had been concluded.

The Assyrians reconquered the city about 140 years later. Researchers have found artwork, including a bearded sphinx with a human head and the body of a winged lion, and a cylinder seal dating back roughly 2,600 years depicting a man crouching before a griffon. Also, the name of the city was revealed during excavations in the area in 2008 when a resident from a nearby village brought them an inscription with the name carved in it.