Ellen Lloyd - AncientPages.com - The ancient Chumash cave paintings are not only very beautiful but simply amazing. The Chumash rock art is considered to be some of the most elaborate rock art traditions in the region and the paintings can be found in many caves and on cliffs in the mountains in southern California, North America.

The cave paintings are very colorful and depict abstract symbols, possibly representing celestial bodies, mythological creatures, animals and natural phenomena such as for example solar eclipse. Many of the signs and symbols are believed to be part of a religious ritual. 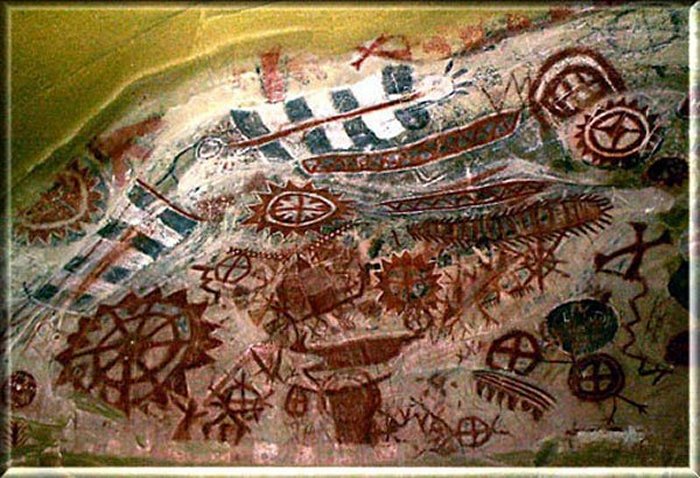 The Chumash people lived present Santa Barbara, Ventura, and San Luis Obispo between 1300 to 1804 C.E. They were a maritime, hunter-gatherer society whose livelihood was based on the sea. They developed excellent skills for catching fish, shellfish, and other marine mammals. Beyond fishing, however, they were also skilled in creating rock art.

The Chumash people shared a special bond with nature. They considered caves, rocks, and water sources to be very powerful, and their shamans saw them as a "portal to the sacred realm where they could enter the supernatural. 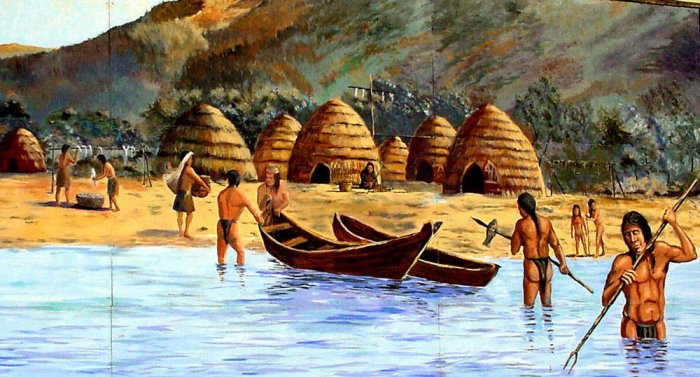 The word shaman originates from the Tungus tribe in Siberia. Anthropologists coined this term and have used it to refer to the spiritual and ceremonial leaders among indigenous cultures worldwide.

Mystery Of Great Wall Of California: An Ancient Unsolved Enigma

Shamanism can be described as the universal spiritual wisdom inherent to all indigenous tribes. As all ancient spiritual practices are rooted in nature, shamanism is the method by which we as human beings can strengthen that natural connection. 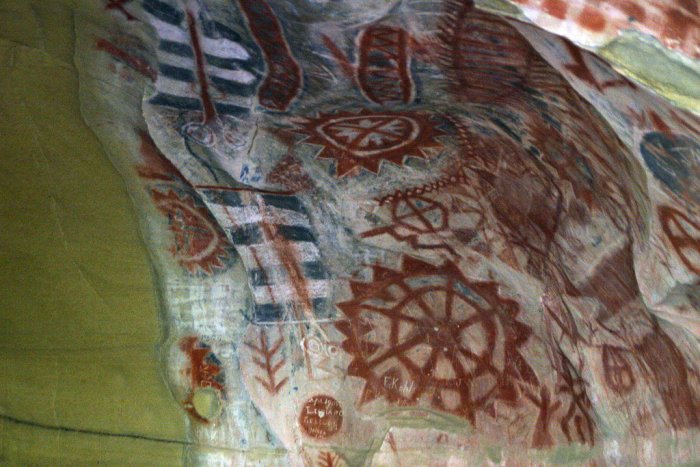 The way a shaman interacted with the supernatural was by entering a hallucinogenic trance, or altered state of consciousness. In this altered state, brought on either by surprisingly potent native tobacco or jimsonweed, shamans received visions and supernatural power from spirit helpers often in the forms of dangerous and powerful animals like rattlesnakes and grizzly bears.

Spirit helpers almost never took the form of an animal that was an important source of food, because it was 'taboo for a shaman to eat meat from the species of his helper.'

Myths And Legends Of The Chumash People

Like all ancient people, the Chumash had myths and legends that told about the creation of the world, the first humans and sacred places. These ancient stories were passed on verbally from one generation to the next for thousands of years before the advent of written language. Tales were often told around the fire in the evening for entertainment. 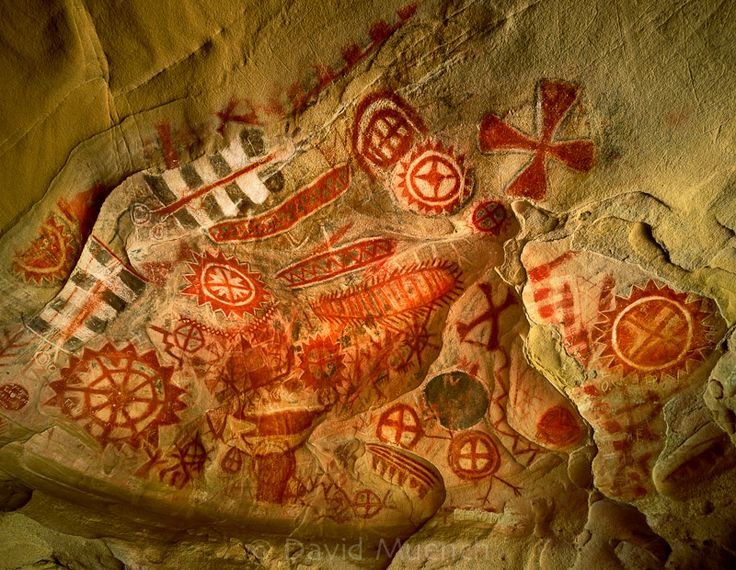 The Chumash people believed we live in one of three worlds. The two other worlds are below and above us, we are in the middle world. There are two serpents that hold our world up from below. When they are tired they move, and that causes earthquakes.

The world above is sustained by the great eagle. He is motionless and always in the same spot. When he gets tired of sustaining the upper world, he stretches his wings a little, and this causes the phases of the moon. When there is an eclipse of the moon it is because his wings cover it completely. And the water in the springs and streams of this earth is the urine of the many frogs that live in it.

The beautiful cave paintings are thought to have been created by Chumash priests to influence supernatural beings and forces to intervene in human affairs.

Dance of the Deer Foundation

The Santa Barbara of Natural History