Ellen Lloyd - AncientPages.com - Is the lost Cahuenga Pass treasure hidden somewhere in the vicinity of Los Angeles? Why did those who searched for the mysterious treasure say it was cursed?

Were all the baffling unexpected deaths caused by a curse or natural causes? The lost Cahuenga pass treasure is undoubtedly a great mystery of North America that remains unsolved.

The Discovery Of Cahuenga Pass Treasure

The story began in 1864 when a fugitive shepherd from Mexico named Diego Moreno told others he had hidden a fantastic treasure along the trail leading through current-day Cahuenga Pass and Whitley Heights.

The treasure did not belong to him. Earlier the same year, four agents from Mexico carried more than $200,000 in gold, diamonds, pearls, and other precious items to San Francisco to exchange for guns to aid the democratic struggle in Mexico.

Before they reached their destination, one of the agents suddenly died an unexplained death, some would say, the first of many yet to come.

Suspicion of foul play at the hands of French secret agents kept the remaining three alert for the rest of their journey. 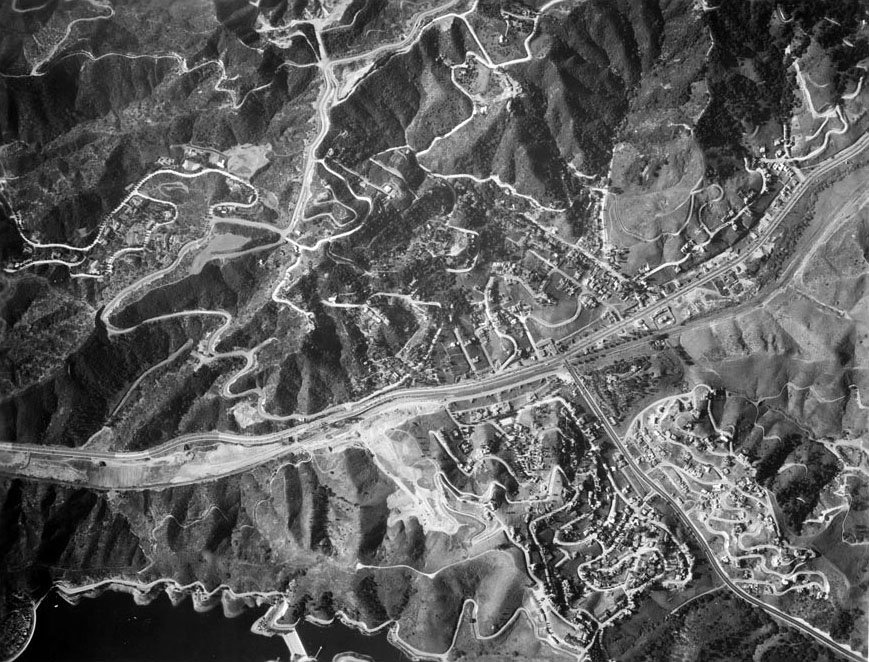 Cahuenga Pass seen from above.

Arriving in the Bay Area, the Mexican agents discovered the place crawling with French spies, and they quickly headed for the hills of San Mateo. To be safe, they divided the funds into six smaller parts and then buried the six buckskin-wrapped fortunes in various locations in the area, as deep under the earth as they could manage.

They did not know that the Mexican shepherd, Diego Moreno, was observing them. After the agents left the place, a very lucky Diego Moreno unearthed the precious treasures and wasted no time heading south to his home in Mexico.

The agents returned to the palace only to find the treasure had been stolen. They began to suspect one another. An argument broke out, and two of the agents ended up killing each other. The third agent was exonerated in their deaths but would later die breaking up a fight in a bar he owned near Tombstone, Arizona. 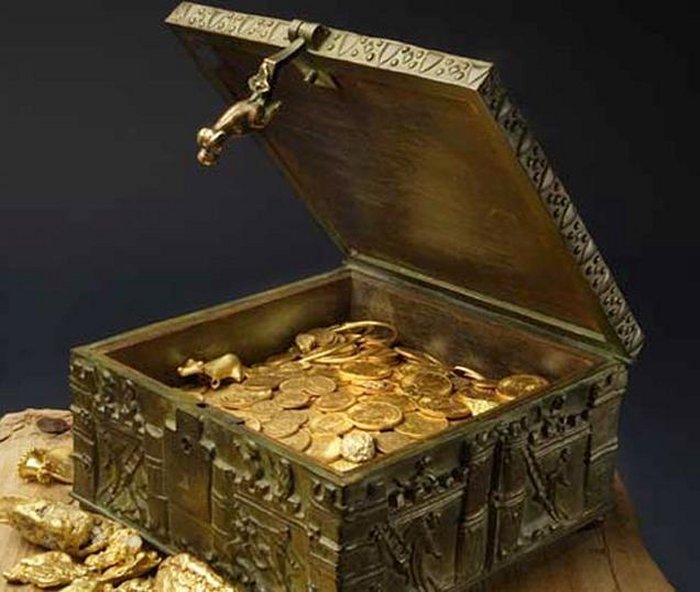 The Cahuenga Pass treasure was believed to be cursed. Credit: Public Domain

At the same time, Diego Moreno followed the traditional trail of suppliers, wound through the current-day Cahuenga Pass. Being tired, he stopped at a small tavern in the area called La Nopalera, or Cactus Patch, where he spent the night. He had an awful nightmare that frightened him. He dreamt he would die if he entered Los Angeles with the stolen treasure. Unnerved by this premonition, he decided to bury the valuable treasure under a large ash tree. Then, he continued his journey to Los Angeles but did not live long. He was feeling ill, and his friend Jesus Martinez aided him as best he could. To repay his kindness, Moreno told Martinez of the buried treasure. He was said to have told him: "On the side of the pass about halfway from the tavern to the summit on the hillside opposite the main road." Soon after, Moreno suddenly fell into violent convulsions and died.

He was buried by Martinez and his son, Jose Gumisindo Correa. Then the two men headed towards the pass to find out if the buried fortune story was true.

Martinez managed to locate the tree Moreon told him about, but before he began to dig, he suffered a seizure, collapsed, and died. His son, Correa, who was terrified and convinced the treasure was cursed, ran away.

Some years later, in 1885, a Basque shepherd who grazed his flock in the hills of the pass discovered his dog excited by something near a tree. He decided to look closer, and to his great surprise, he unearthed a tattered parcel of jewels and coins. He had no knowledge of five other similar treasure packages hidden nearby. To him, just this one package was a fantastic discovery and he decided to return to Spain with this great find. However, the Basque shepherd did not enjoy the Cahuenga Pass treasure for long.

When his ship approached the dock in Spain, he fell over the rail and into the water and began helplessly sinking under the weight of the treasure. He had been so nervous about losing the treasure that had sewn the valuables into pockets hidden in his clothing and was, therefore, unable to free himself from their heavyweight. He perished, dragged down to the bottom of the sea by the treasure itself.

Ten years later, Jose Gumisindo Correa, the son of Martinez, overcame the fear of the alleged curse. He was now a grown man and had held a position as a Los Angeles lawman. He told himself it was time to seek out the treasure again. Once again, something terrible happened. Before he even had a chance to locate the Cahuenga Pass treasure again, he was killed on the outskirts of town at Boyle Avenue by his brother-in-law.

As the years passed, legends of the cursed Cahuenga Pass treasure spread. Many local treasure hunters thought twice before trying to search for the cursed treasure that had taken so many lives.

In 1939, Henry Jones, a mining expert from San Francisco, teamed up with Walter Combes, a mechanic from Bakersfield, and his uncle, Ennis Combes, an inventor, to see if they could locate the lost treasure and challenge the curse that followed its legend. 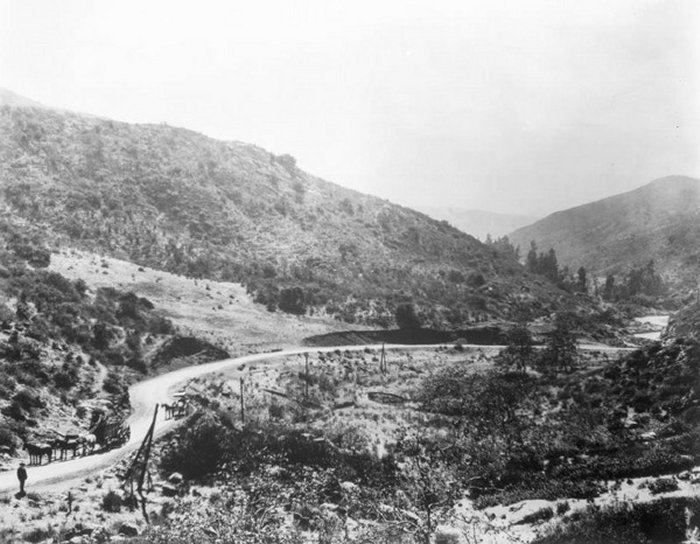 The Cahuenga Pass circa 1905, when only a modest wagon road cut through the gap.

Using Ennis Combes' newly designed metal detector, the men became convinced they had found the lost treasure about 14 feet below the surface in the parking lot behind the shell of the Hollywood Bowl. The three men were granted permission by the Los Angeles County Board of Supervisors to dig in the area, provided they granted a share of the find to the local government.

After getting this close, the Combeses suddenly got frightened of becoming the next victims. The hunt for the treasure was terminated.

Now, the story of a lost cursed treasure had captured the public's imagination, and 'curse or no curse,' newspapers proclaimed that the search would get underway. Henry Jones assembled a new team that included Ray Johnson, former Hollywood vaudevillian, and Highland Park inventor Frank Hoekstra.

On November 27, 1939, three film crews, CBS radio, and a slew of reporters and others joined hundreds of curious onlookers and the would-be treasure hunters as they began to drill through the heavy asphalt outside the Hollywood Bowl.

The carnival-like atmosphere continued as an upstart vendor sold popcorn, a security fence was erected outside the site, and hired guards worked overtime, tossing out would-be claim jumpers to the treasure. Each time the animated needle on Hoekstra's 'electrochemical recorder' went wild, they were enthused to continue the dig. After 24 days of shoveling more than 100 tons of earth and mud to create a vast nine-foot-wide, forty-two-foot-deep hole, they hit a boulder and finished their hunt.

Not more than a month later, Henry Jones committed suicide, depressed over his treasure-hunting failure and divorce from his wife.

More treasure hunters were denied permission to dig, and the story of the treasure faded away.
The lost Cahuenga Pass treasure remains a mystery even today. Whether you believe the mysterious deaths were a result of a curse or natural causes… is really up to you.