Ellen Lloyd - AncientPages.com - The Loretto Chapel staircase is shrouded in myths and surrounded by a veil of mystery. People from various countries visit and admire the unusual helix-shaped spiral staircase that is associated with a miracle.

Located in Santa Fe, New Mexico, USA, the Loretto Chapel is today used as a museum and a wedding chapel, but it was originally a Roman Catholic Church constructed in 1873 when Archbishop Jean-Baptiste Lamy (1814 - 1888) asked renowned French architect Antoine Mouly and his son Projectus to design the chapel. 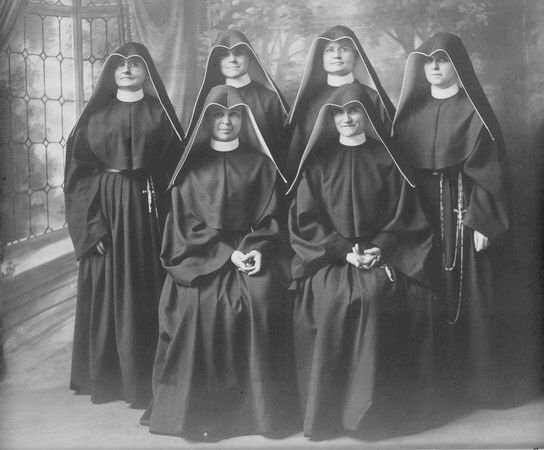 The Sisters of Loretta. Photographer unknown

The chapel, named ‘Our Lady of Light’ was built in Gothic style. It was used daily by students and nuns of Loretto Academy until the school closed in 1968.

The most fascinating part of the Loretta Chapel is its famous “miraculous" spiral staircase that people come to admire. Constructed mostly out of wood, it is held together by wooden pegs and glue rather than nails. Rising 20 feet (6.1 m) to the choir loft,  the staircase has two complete 360 degree turns with no center pole for structural support. The staircase is truly astonishing and modern carpenters are praising the work. "It's a magnificent work of art that humbles me as a master carpenter. To create a staircase like this using modern tools would be a feat. It's mind-boggling to think about constructing such a marvel with crude hand tools, no electricity and minimal resources,” carpenter Tim Carter said. 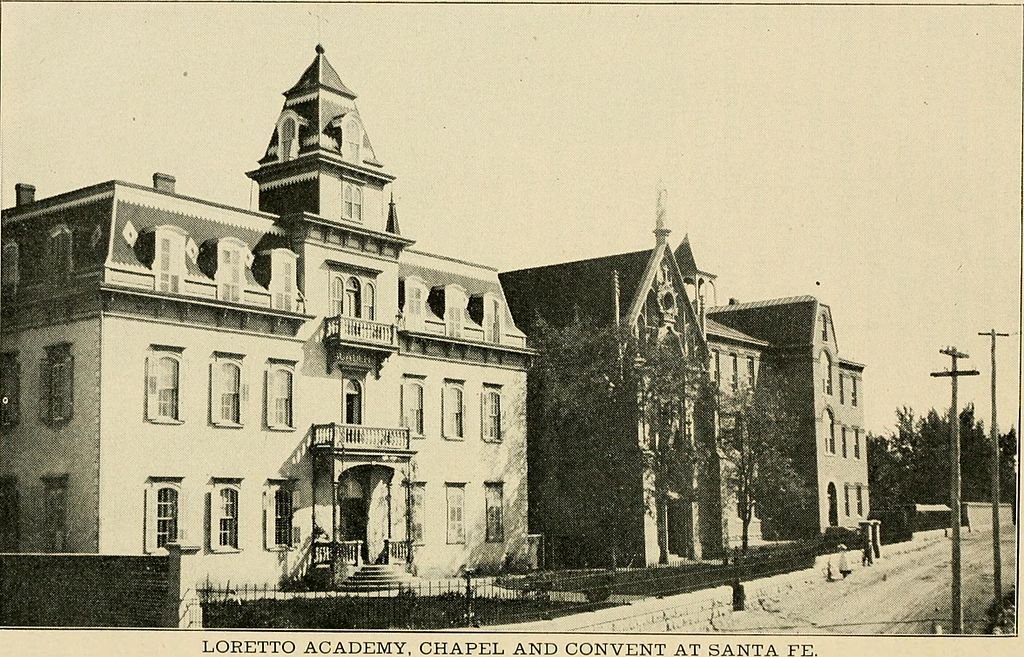 The Sisters of Loretto were so satisfied with the staircase that they organized a banquet in honor of the carpenter who constructed it. However, once the staircase was finished the man vanished without a trace. He never took any payments or gifts and the nuns didn’t even have time to thank him for his work. Who was this mysterious man who disappeared without a trace? It is said the nuns credited St. Joseph or someone sent by him with the staircase’s construction.

According to one legend, the Sisters of Loretto consulted several builders but they couldn’t find accounts open for supplies for their stairs. The nuns prayed nine days in a row to St. Joseph, the patron saint of carpenters. On the last day, a stranger suddenly appeared and offered that he could build the staircase. He had only simple tools at his disposal and yet, the end result was more than astonishing. When he finished the work, he vanished and was never seen again.

It’s not easy to find out what really happened because reports made at the time contradict each other.

The staircase ha been labeled a miracle because it lacks the newel or central pole that is usually used to support and stabilize a spiral staircase, and therefore the means of supporting the weight is not obvious. However, modern scientists who examined the construction state the staircase is supported by its stringers. The same building method we use in modern staircases. The only difference in Loretto Staircase is that each stringer is twisted into a helix.

We may never know the whole truth behind this story, but we can say with certainty is that it’s a remarkable piece of ancient architecture worthy of our admiration.

The Loretto Chapel staircase: A lesson in physics, not miracle". The Washington Post. January 16, 2010.