David Tee - AncientPages.com - Where during their desert wandering, the people of Israel became discontented and started to complain. They complained so much that God’s patience was worn thin. In response to their complaint, instead of making the people’s lot better, God decided to teach them a lesson. 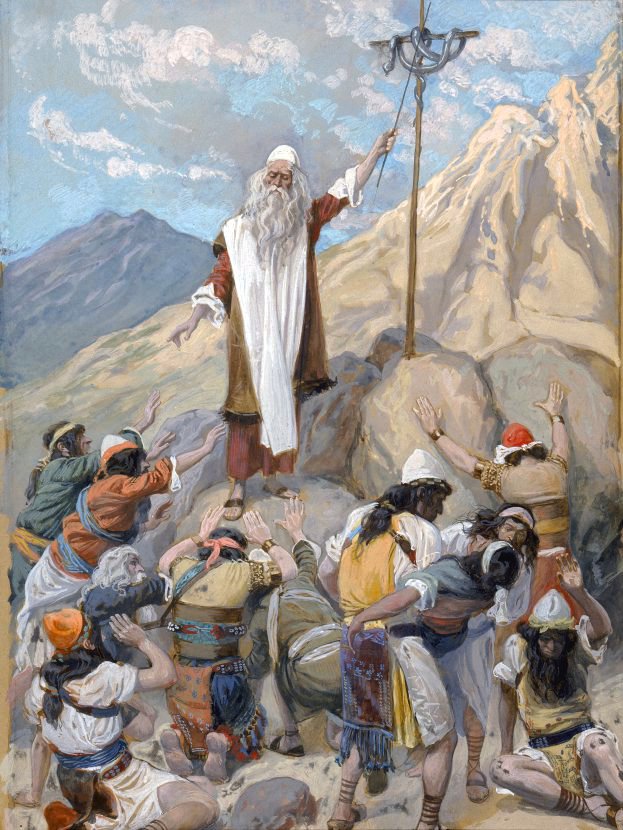 As punishment, God sent snakes to torment his people and when they realized the gravity of their sin. They repented. When God saw their repentance, he had mercy on them and instructed Moses to construct a copper snake. To be healed, all those who had been bitten had to do was look on the copper snake. See Numbers 21 for the complete details.

What Was The Nehushtan?

In its original form, the Nehushtan was a simple snake-like form made from copper. It was placed on a pole in order for all the people to have a clear view of it when they were bitten by real snakes.

There is no mentioning in the Bible that it was destroyed after God relieved the Hebrews of their infliction. This means that it is possible that the copper snake stayed in existence until the time of Hezekiah.

By the time Hezekiah became king, the copper snake was seen as a god. Who made it a god is unknown as there were many kings between David and Hezekiah who strayed from the ways of God. Anyone could have created a cult following using the snake as their leader.

The Symbolism Of The Nehushtan

If there is any real symbolism placed on the Nehushtan, it was done by different societies and is not biblical in origin. Some scholars compare the raising of the copper snake in the Hebrew camp as something on par with voodoo practices.

There have been non-Israelite temples dedicated to the Nehushtan or have the snake symbol as part of their religious artifacts. The Midianites are one example as one was found in the temple dedicated to Hathor in the Timna Valley.

Snakes on a staff have long been a symbol of the medical profession dating back to the ancient Greeks. This nation held snakes as sacred and often used them in healing rituals, thus it seems natural for them to place the snake on their medical symbol.

Of course, this action came long after the Old Testament account, as the Greeks did not invade Palestine till the time of Alexander. It is possible that the Greeks heard the wandering account and liked what they heard. They then adopted the snake into their own healing practices.

The Hebrews And The Nehushtan

Modern Israelites do not think much of the Nehushtan. They seem to keep it in its context and think that it is an ancient tale and religious cult. Why the symbol was not used in the Bible again is not known.

There is nothing unusual with God using only one type of miracle once. Jesus only turned water into wine once. While it was used only once in the Bible as a miraculous symbol, the copper snake was mentioned a few more times in later books.

The mother of King Jehoiakin was given a name similar to Nehushtan and Jesus referred to it in John 3. Jesus was providing an illustration of his upcoming sacrifice by using Moses’ event as an example. 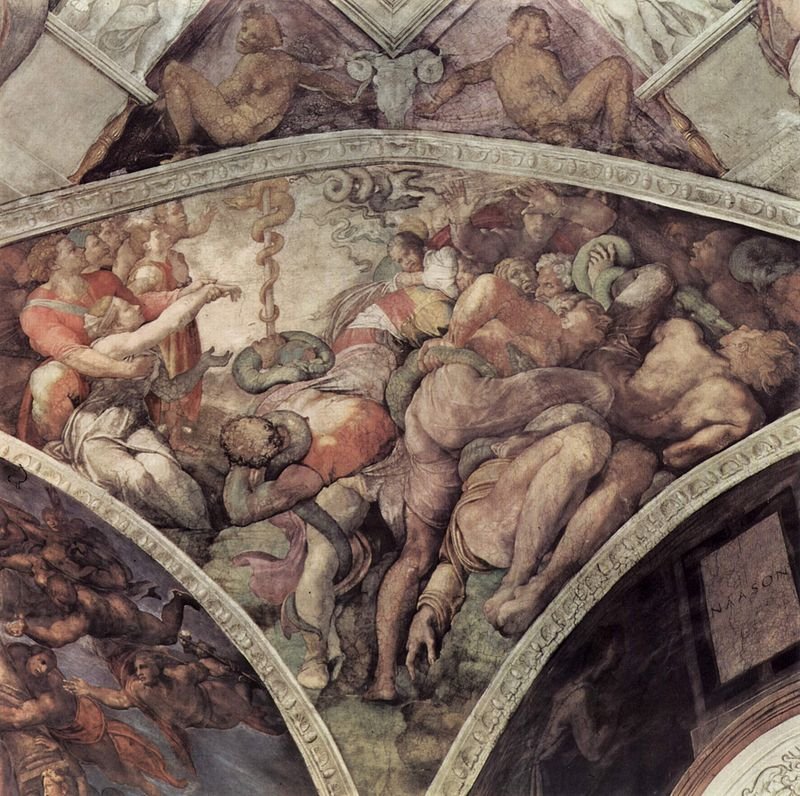 In 1508 Michelangelo's image of the Israelites deliverance from the plague of serpents by the creation of the bronze serpent on the ceiling of the Sistine Chapel. Credit: Public Domain

As time goes on, the original intent of certain symbols become distorted. Legends and myths are added to the beginning of different symbols and some individuals take advantage f this. They capture people by using their ignorance of the truth when they elevate a symbol to that of divine power or presence.

Archaeology And The Nehushtan

Excavators have found several copper snake icons throughout Israel and Mesopotamia. These artifacts date mostly to the Bronze Age. However, there is no ancient manuscript describing how the copper snake transitioned from a medical miracle to a cult object.

Many theories abound on this topic with one stating that the Hebrews took the symbol from a Canaanite religion. But that and theories like them come from those who think the OT was influenced by surrounding secular cultures.