A. Sutherland - AncientPages.com - Thousands of Thamudic petroglyphs are scattered all over the area of the Wadi Rum, just south of the famous rose-red city of Petra, in the southern part of Jordan. 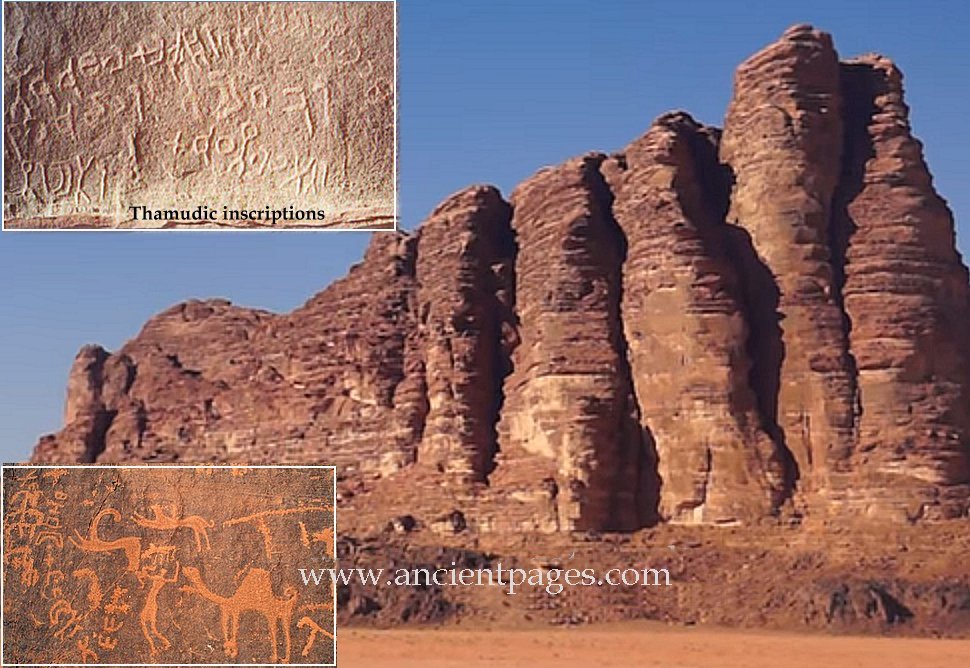 Wadi Rum is located east of the Rift Valley and south of the central Jordanian plateau, with spectacular towering cliffs, amazing arches and red dunes forming the Jordanian desert landscape.

This region was once inhabited by the Thamud people, a nomadic tribe related to the enigmatic and mysterious Nabateans.

The Thamud people lived in the Wadi Rum from at least the 800s BC, although very little is known about their identity. According to the Greek historian Diodorus Siculus’s records, they are referred to as Arabs. 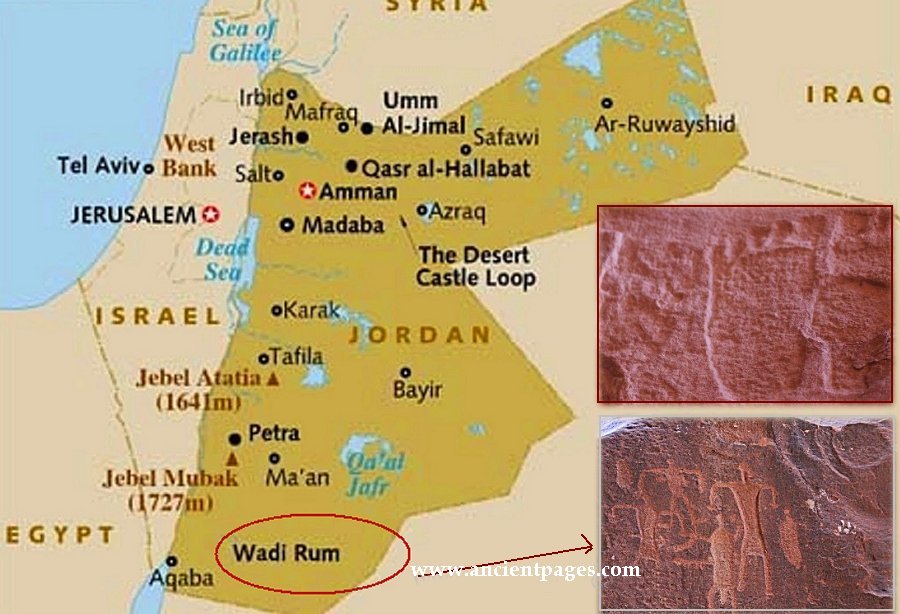 The sandy valleys of Wadi Rum are located on average around 1000 meters above sea level. That is why the temperatures are cooler than in the eastern desert plains of Jordan, the Red Sea and the Jordan valley. Wadi Rum is characterized by a dry climate.

The petroglyphs the Thamud people left, include human figures (some depict hunters with arrows and bows), horses, camels, ibex and a plenty of different symbols, along with circles and lines.

Unclear Purpose Of Mysterious Rock-Cut City Of Petra – Was It A Fortress Or Sacred City?

The petroglyphs inform us about the climate change that occurred that devastated agricultural, pastoral and urban human activity in this part of the world. 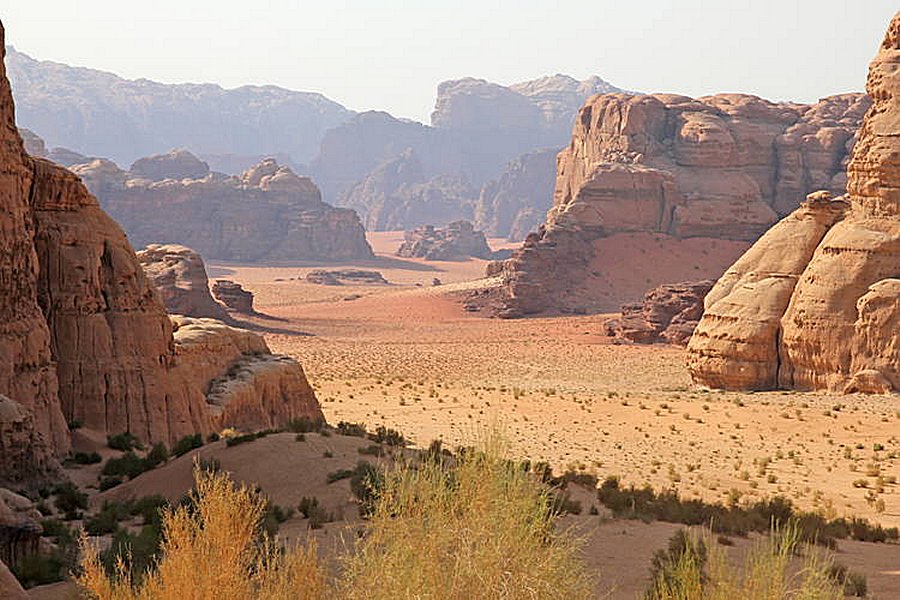 This unique prehistoric area is on the UNESCO's World Heritage List.

About 25,000 petroglyphs and 20,000 inscriptions, mostly Thamudic, were also probably intended as messages and information for other tribe people passing through the desert. Still, they are considered an important testimony of the cultural traditions of Wadi Rum's early inhabitants.

Ever since prehistoric times, many humans of different cultures inhabited Wadi Rum desert in Jordan and the petroglyphs and inscriptions constitute the evidence of the 12,000 years of human occupation in Wadi Rum.

This unique prehistoric area is on the UNESCO's World Heritage List.