Etowah River is a 164-mile-long (264 km) waterway that rises northwest of Dahlonega, Georgia, north of Atlanta.

Ancient artifacts discovered in burials within the Etowah site indicate that the ancient mound builders developed an artistically and technically advanced culture.

In the 19th century, European-American settlers mistakenly believed that the mounds had been built by the Cherokee, who then occupied the region. However, the Iroquoian-speaking tribe did not reach this part of Georgia until the late 18th century and could not have built the mounds. Later examinations revealed the mounds were in fact built by the Mississippian culture that arrived at the Etowah Indian Mounds site about 950 AD and the site was home to home to several thousand Native Americans.

Scattered across an area of 54-acre, this site contains six earthen mounds, a plaza, a village site, borrow pits, and a defensive ditch. 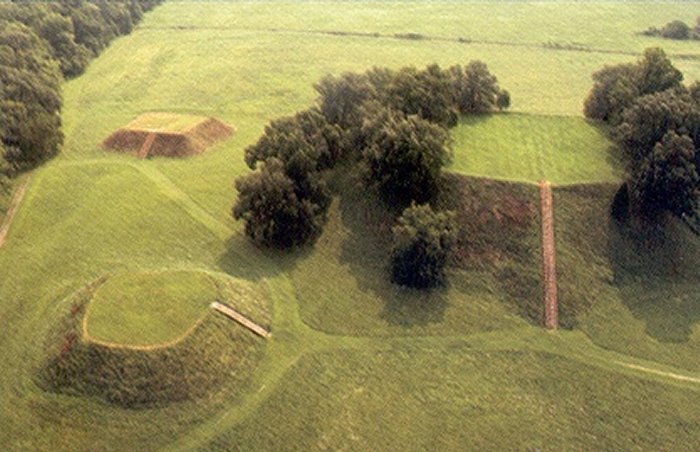 Only nine percent of this site has been excavated.

Only nine percent of this site has been excavated, so there is still a lot we don’t know about the ancient Mississippian culture and its traditions, customs, and beliefs. 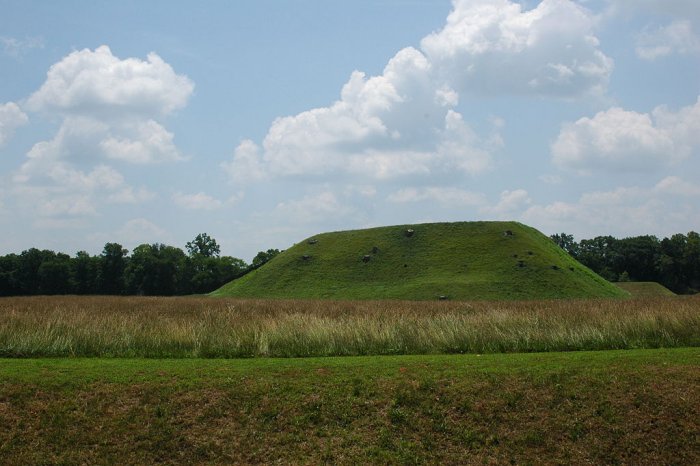 Numerous clay figurines and ten Mississippian stone statues have been found through the years in the vicinity of Etowah. Many are paired statues, which portray a man sitting cross-legged and a woman kneeling. The female figures wear wrap-around skirts and males are usually portrayed without visible clothing, although both usually have elaborate hairstyles. 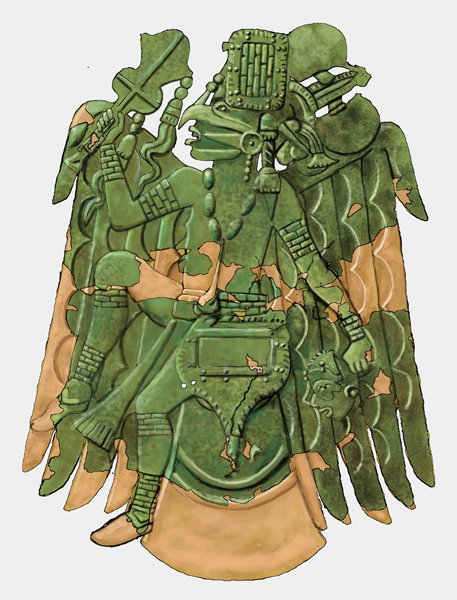 Illustration of a Rogan Plate a repoussé copper plate falcon dancer found at Etowah but believed to have been fabricated at Cahokia in the 13th century. Image credit: Herb Roe

War was common and rituals were often practiced. Etowah has three main platform mounds and three lesser mounds. Towering over the community, the 63-foot Temple Mound was likely used as a platform for the home of the priest-chief. In another mound, the nobility was buried in elaborate costumes accompanied by items they would need in their after-lives. 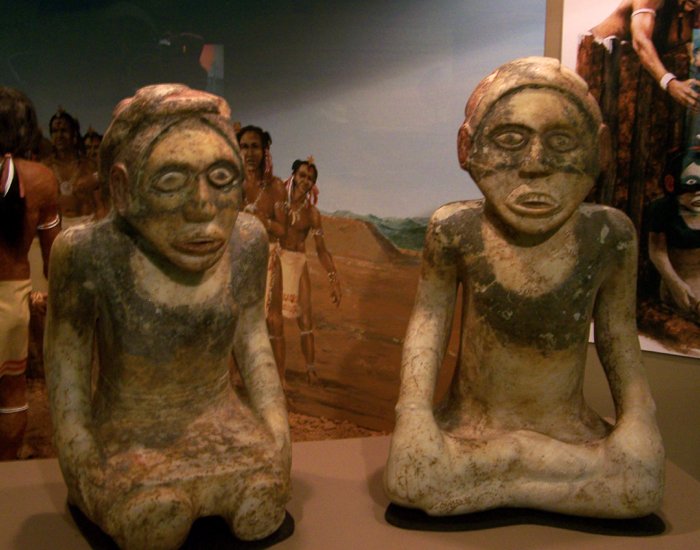 In 1540, Hernando de Soto led 600 Spanish soldiers, businessmen, entrepreneurs, and priests on a journey through Georgia and the Southeast. The group was searching for gold and other wealth which they could claim for themselves and fellow Spaniards. Along the journey de Soto often took shelter with American Indians. At the area of present-day Carter's Lake de Soto visited a capital city of the Georiga Moundbuilders.

By the time Hernando de Soto arrived in 1540 archaeologists generally agree that the Mississippian culture was in decline in general and the Etowah Mounds site was abandoned. Control may have passed to a Mound Builder city northeast of Etowah Mounds near present-day Carters, Georgia.