AncientPages.com - When and where the boomerang was invented is not entirely clear, but archaeological discoveries reveal the object has very ancient history.

It was used about 20,000 years ago by Stone Age people. Ancient Egyptians were familiar with the boomerang about 4,000 years ago and Pharaoh Tutankhamun had an extensive collection of boomerangs! The knowledge of the boomerang was also widespread among several Indian tribes in North America, especially the Navajo as well as the aboriginal Australians. 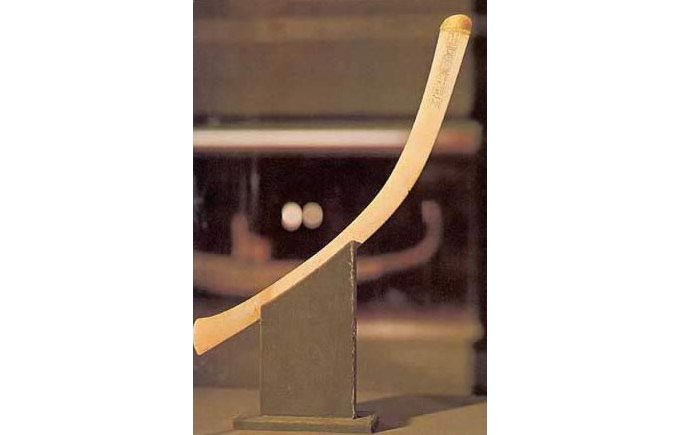 Several non-returning boomerangs have been discovered in caves of Stone Age settlements, particularly in the region around modern-day Poland. World's oldest boomerang is believed to be about 20,000 years-old was found was found in a cave in what is now Poland. It was made from the ivory of a mammoth tusk.

The oldest wooden boomerangs do seem to be those from Australia, and are dated at around 10,000 years old.

Why Did Ancient Egyptians Use Pillows Made Of Stone?

The first boomerangs were not designed to return back to the thrower. Instead they served as a hunting tool and they could fly much further when compared to straight, conventional pieces of wood. It is believed that the returning boomerang was probably discovered accidentally by a hunter who was working to refine a hunting stick. The returning type of boomerang is believed to have been used by ancient cultures for the same reason that we use them today, simply for fun! They used them for sport and for play, just like we do.