David Tee - AncientPages.com - Life does not work out well for everyone. In the case of Countess Loretta, hers did not go as she probably planned. Born in either 1290 or 1300 AD, history is not certain on the dates of her life, she was widowed after 8 years of marriage and 3 sons.

Her father-in-law died a year after her husband in 1324 leaving the office of Count vacant. Since the eldest son could not occupy the position of Count, Countess Loretta ruled as regent until he reached the proper age.

This was probably not in her plans either as the county suffered greatly due to crop failures, migration of the inhabitants to the nearby cities, poverty, and a lack of real money. 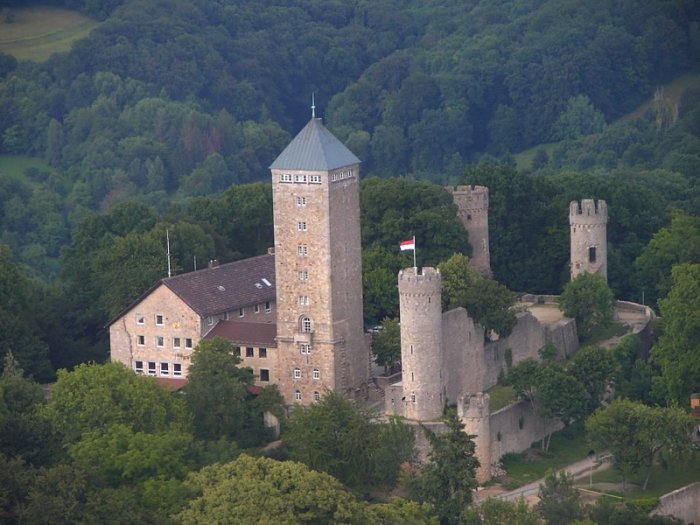 Yet rule she did in the best way that she could given the state of affairs of her own household and that of the Count’s territory. The latter was under constant attack from those neighbors who desired more than their own areas.

It was this pitiful situation that forced Countess Loretta’s hand and forced her into a test of strength and wills with the powerful Elector Baldwin of Luxembourg, Archbishop of Trier, who happened to be the brother of Henry VII. Henry was the leader of the Holy Roman Empire at that time.

The Archbishop Of Trier Was No Pushover

The archbishopric and electorate of Trier were not some unknown, backwoods, or weak territory. It was the 3rd most powerful archbishopric behind Cologne and Mainz. Being the brother of Henry VII did not hurt.

The Electorate of Trier’s power was seen in that it became the center for monastic learning and the Jesuits established their college there in 1473. Born Baldwin of Luxembourg, he studied law and theology at the University of Paris. 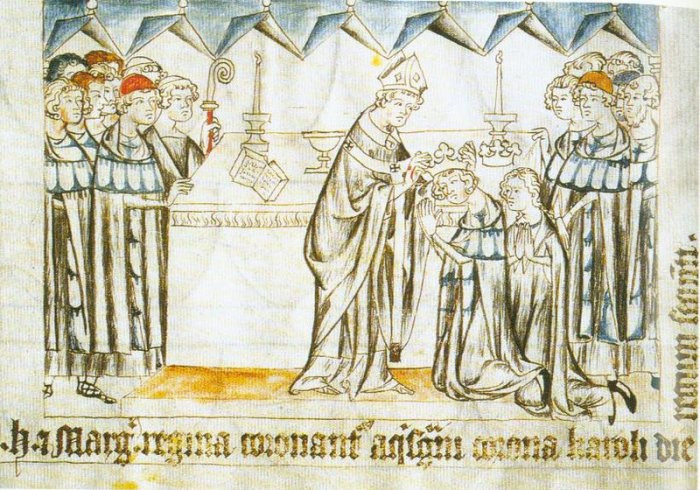 The coronation of Henry VII and his wife Margaret of Brabant. Loretta's rival Baldwin of Luxembourg, Henry's brother, stands to the left in the scarlet cap. (Margaret’s ample vair-lined peliçon, with its distinctive w-shaped neck, is typical of the sort of garments Loretta would have worn.) Credit: Public Domain

He was elected the Archbishop of Trier in 1307 and the next year he was confirmed by Pope Clement V. During the years of 1324 to 1326 he was one of the four lords in the four lords war, which is where he probably ran afoul of Countess Loretta.

What Is A Kidnapping Between Friends

Because of the situation surrounding her territory, Countess Loretta resorted to desperate measures.  But she was known for taking risky moves in order to protect her late husband’s and son’s territory. In 1326 she had Wildgrave of Kyrburg put in prison for only one reason. He was not loyal to her son.

Wildgrave of Kyrburg remained in prison until he capitulated and agreed to be loyal. So kidnapping a powerful man like the Prince-Archbishop of Trier would not seem out of character for Countess Loretta. 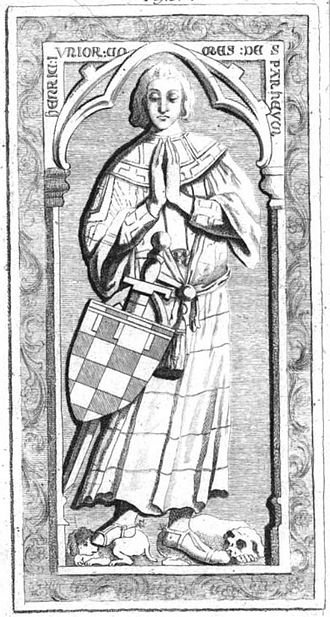 It seems that being a wife and daughter-in-law of counts was not wasted on Countess Loretta. She had become a very skilled negotiator and would not let the Archbishop go until he had bowed to her demands.

Those demands included- removing the ex-communication, giving up claims to parts of her son’s territories, and of course, money or ransom as it was called. Once these terms were agreed to and fulfilled Countess Loretta released her kidnapped victim and resumed life as the regent until her son John was old enough to rule in his rightful place.

When she needed to borrow money to help her son’s territory economically, her guarantor was the Archbishop Baldwin of Luxembourg.

Retirement Can Be Good

In 1331, her son John was old enough to assume his duties as Count. He was known as John III of Sponheim-Starkenburg. Countess Loretta did not spend a lot of time meddling in the affairs of her son, she let him rule as he saw fit.

Instead, she busied herself building the Frauenberg, a castle funded by the ransom she had won when she kidnapped Baldwin of Luxembourg. There is no record of how she died. Countess Loretta may have only lived to the age of 56 or 46 depending on what year you accept for her birth. She was interred in the Cistercian Abbey of Himmerod.

The Royal House of Westphalia