A. Sutherland - AncientPages.com - These remarkable artifacts known as slit gongs are truly extraordinary in their appearances. They can be found primarily on the islands, Ambrym and Malakula in the archipelago of Vanuatu, in the South Pacific Ocean.

Ambrym is a volcanic island in Malampa Province in the archipelago of Vanuatu, located in the South Pacific Ocean was named by Captain Cook, who anchored off there in 1774. 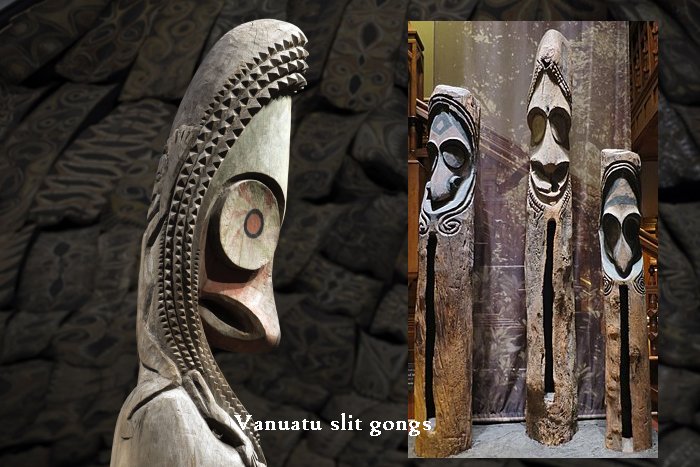 In order to communicate between the villages people created the slit gongs and used them with several “gong languages” made up of beats and pauses, which were used to send important messages.

Under suitable atmospheric conditions, their sound can carry for miles through the forest and, in rare instances, across the water to neighboring islands.

The slit gongs - alien-looking figures with large heads - were carved from the trunks of large breadfruit trees, and then hollowed out to create a resonating chamber with a narrow slit-shaped aperture. The edges of the slit gongs are struck with club-like wood beaters, generating deep, loud tones. 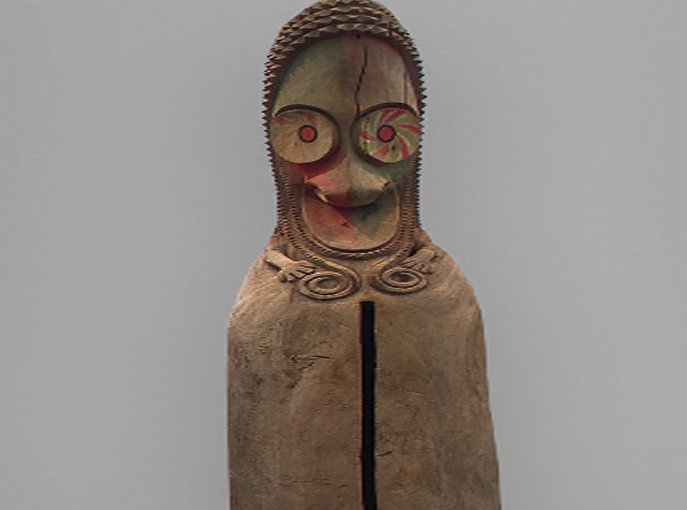 Vanuatu Slit Gong - Tin Mweleun (commissioned by Tain Mal) from the village of Fanla on Ambrym Island was commissioned in the 1960s. Image credit: The Met Museum

The towering slit gongs of northern Vanuatu are considered to be the largest freestanding musical instruments on earth.

The picture above presents Vanuatu slit gong decorated with the spiral motifs painted on the eyes. They are are representation of  metan galgal, the morning star. Small arms and spirals depicting sacred
pig tusks appear on either side of the face, which is surrounded by projections depicting hair. The long vertical slit represents the mouth, through which the ancestor's "voice" emerges as sound whenever the gong is played. 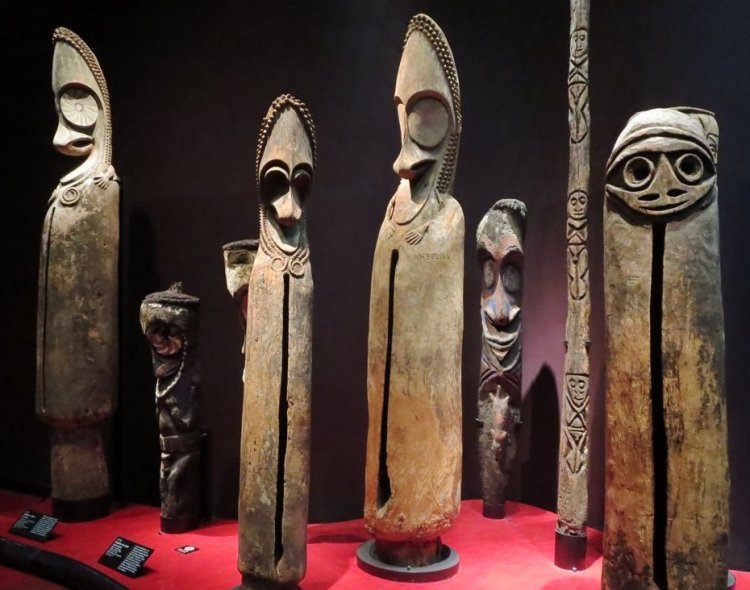 The slit gongs were and also are) not only used as a communication device but also as an important instrument at festivals and other meetings of villagers, where a number of the gongs form a unique, musical orchestra, which along with drummers, produce unusual and very complex rhythms.

According to ancient myths a primordial woman invented the slit gong, but she did not produce a sonorous meaning or beauty with it, so the men took it over to show what it could be done.

Many slit gongs have been created anonymously and today they cannot be attributed to their respective artists.