A. Sutherland - AncientPages.com - Yama is the god of the underworld, who rules the hell and judges the dead.

A religious Hindu text, the Vishnu Purana says that Yama is the son of sun-god Surya; Yama and his sister Yami (‘reason’) are the first mortals. Yama has also a brother, Sraddhadeva Manu (the 7th Manu), the progenitor of the current humanity (of all the 14 Manus). 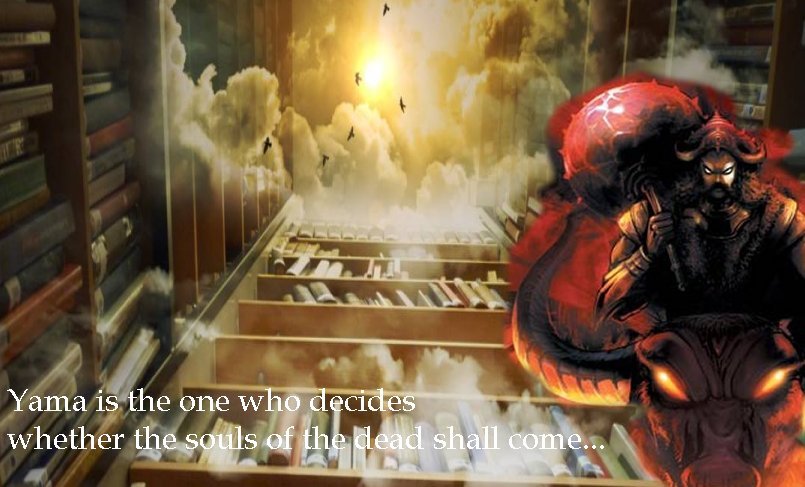 Yama is also one of the lokapalas ("Guardians of Eight Directions”) who rule directions of visible world, according to Hinduism and Buddhist traditions.

These directions are North, South, East, West, Northeast, Southeast, Northwest and Southwest and Yama has jurisdiction over the west.

Abode Of Yama As Described In Mahabharata

In an ancient Indian epic, Mahabharata, the heaven of Yama is described as “being neither too hot nor too cold. Where life is without sorrow, where age does not bring frailty, tiredness or bad feelings. Where there is no hunger or thirst, where everything that one would seek is found there. Where the fruits are delicious, the flowers fragrant, the waters refreshing and comforting; where beautiful maidens dance to the tunes of celestial musicians, and where laughter blends with the strains of heavenly music…"

"The Pavilion of Yama was fashioned by the divine carpenter Tvashtri, it shines like burnished gold with a radiance equal to the sun. Here the attendants of the Lord of Dharma measure out the allotted days of mortals. Great sages (rishis) and ancestors wait upon and adore Yama, who is the ‘King of the Fathers’ (pitris). Sanctified by holiness, their shining bodies are clothed in swan-white garments, and adorned with jeweled bracelets, golden earrings, exquisite flower garlands and alluring perfumes, which make that building eternally pleasant and supremely blessed. Here hundreds of thousands of saintly beings worship Yama…”

Yama Spread Mortality Over The World

Benevolent God Of The Dead That Became A Frightening Judge

In the south, stretches the property of Yama, the Lord of Death who maintains the Book of Destiny, in which each individual’s span of life is recorded.

Yama is the master of justice and death and a chief companion of Shiva the Destroyer, one of the triad of deities, two others are Brahma the creator and Vishnu the preserver. The all three are associated with the cosmic functions of creation, maintenance, and destruction.

Yama is the one who decides whether the souls of the dead shall come to heaven (Svarga) or to Naraka, where the souls of the wicked humans have to wait for their sins to be burned away so they can be reborn.

In his abode, Yama decides about punishment and estimates the value of the actions for which the dead were responsible before their lives came to the end.

In the Tibetan beliefs, Yama is portrayed as the symbol of annihilation; he is a terrible monster crushing the wheel of life - unmercifully. In Hindu mythology, he is considered the benevolent god of the dead who treated humans friendly and well, but later, his attitude to humans significantly changes and he is portrayed as a frightening judge and punisher of human wrongdoings.

His servants pick up the souls of the dead and lead them to the throne of the master by two four-eyed dogs guarding the road to the god’s abode. Additionally, the dogs are said to move around people as his messengers.

Sometimes, Yama, personally, collects souls. Riding on his black buffalo, he uses a club and a rope with a noose to catch hold of the dead or seizes the lives of people who are about to die.

It reminds us about Hel, a daughter of god Loki in Norse myths, who used to roam the Earth on her three-legged white horse, looking after the survivors and those who were about to die very soon. She gathered them with a rake down to her underground kingdom of the dead.

The dogs in Yama’s abyss make us thinks of another creature, a multi-headed dog known in Greek mythology as Cerberus. Cerberus (or the "hound of Hades") guards the entrance to the death kingdom where Hades ruled. Also Yama incidentally carries the qualities of both Egyptian Osiris and Cretan Minos. At the same time, certain scholars see a connection between Yama and an ancient founder-king Menes of Egypt.

Chitragupta - Keeper Of The Akashic Records

In Hindu cosmology, no event on our planet, regardless how seemingly insignificant, goes unrecorded. The Akashic Records have records of every single action, thought, and event that has ever occurred.

Yama is among the sacred guardians of these records and among the few to have access to them, including his assistant, a god, Chitragupta. 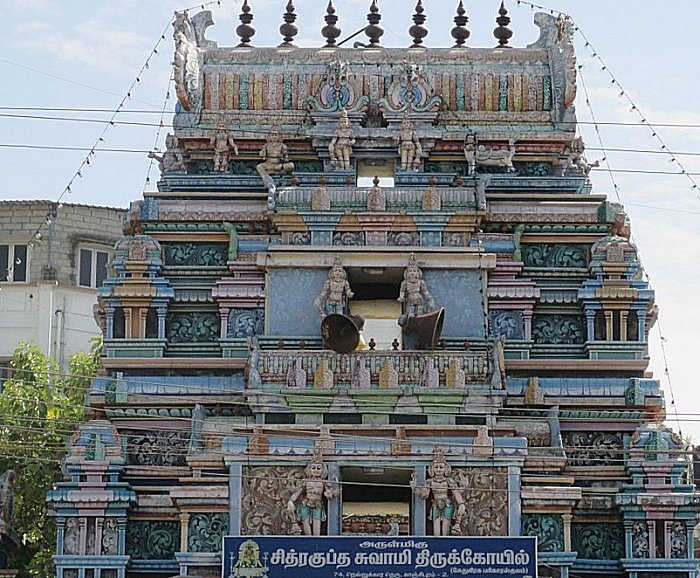 Initially, Lord Brahma gave the realm of the dead over to Yama and commanded him to maintain accurate records but sometimes, Yama would become confused when dead souls would come to him. It happened that he sent the wrong souls to either heaven or hell. Brahma had to solve the problem. One day, Chitragupta, a man with a pen and paper, also referred to as the first man to use letters, appeared before Yama. He was not an ordinary man but born of Brahma's body.

From then on, Chitragupta is the first assistant of Lord Yama. His duty is to keep complete records of the good and bad deeds committed by humans over the course of their lives on Earth. On the basis of the records, the fate of their souls can be easily determined when they die.

Among myths and legends referring to Yama, there is one an episode telling of Yama’s wounded leg which never properly healed and finally became infested with maggots. Fortunately for Yama, his father gave him a cock, which consumed all the vermin in his leg and eventually he recovered. However, Yama’s leg was already permanently damaged and from then on, the god of death gained him the name of Sirnapada (‘shrivelled foot’).