AncientPages.com - There is plenty of evidence our ancestors liked beer very much. The first known beer was called kui, brewed by the ancient Chinese around 7,000 BC. Kui was made from rice, honey and fruit, but the first barley beer was most likely born in the Middle East.

Oldest evidence of beer has previously been found on a Sumerian tablet in Mesopotamia.

In ancient times, beer was so popular that Egyptians used it not only to get drunk, but as medicine and payment. Beer was of great importance in the ancient Egyptian society and its existence gave women an opportunity to earn extra money.

Scientists are now trying to figure out what came first – beer or bread? 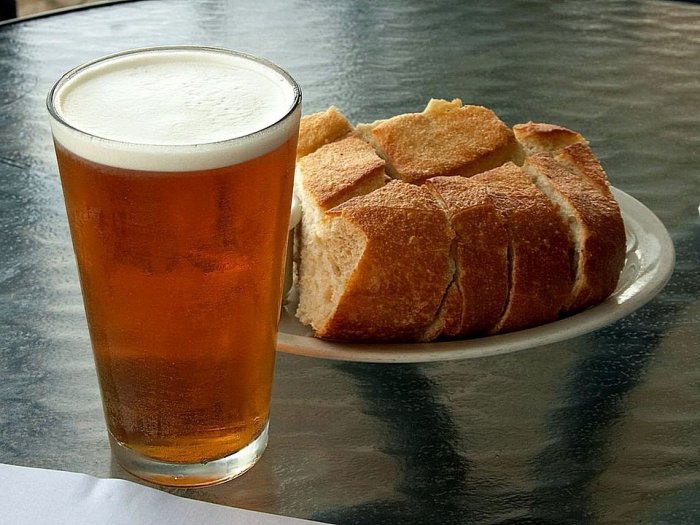 In a cave in what is now Israel, an archaeology team has found beer-brewing innovations that they believe predate the early appearance of cultivated cereals in the Near East by several millennia.

Based on this discovery scientists now say that beer may have been a motivating factor for the original domestication of cereals in some areas.

Li Liu, a professor of Chinese archaeology at Stanford University and her team analyzed residues from 13,000-year-old stone mortars found in the Raqefet Cave, a Natufian graveyard site located near what is now Haifa, Israel, and discovered evidence of an extensive beer-brewing operation.

"This accounts for the oldest record of man-made alcohol in the world," Liu said.

The researchers believe that the Natufians brewed beer for ritual feasts that venerated the dead.

"This discovery indicates that making alcohol was not necessarily a result of agricultural surplus production, but it was developed for ritual purposes and spiritual needs, at least to some extent, prior to agriculture," Liu said about their findings.

Analysis of the findings showed something intriguing.

"We did not set out to find alcohol in the stone mortars, but just wanted to investigate what plant foods people may have consumed because very little data was available in the archaeological record," said Liu 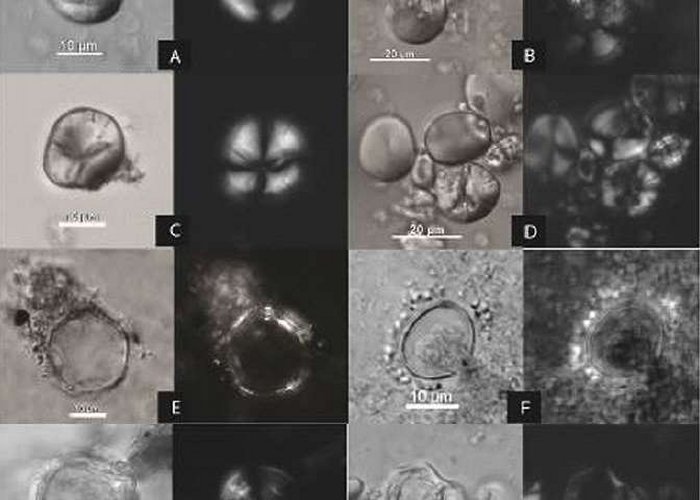 Microscopic traces of ancient starches extracted from the Raqefet Cave (left) are compared to the references Liu and her research replicated in their beer brewing experiments. Credit: Li Liu

Ancient beer is far from what we drink today. It was most likely a multi-ingredient concoction like porridge or thin gruel, said Jiajing Wang, a doctoral student in the Department of East Asian Languages and Cultures and a co-author on the paper.

In the Raqefet Cave, Liu and Wang unearthed residual remains of starch and microscopic plant particles known as phytolith, which are typical in the transformation of wheat and barley to booze.

The researchers believe that the Natufians used a three-stage brewing process. First, starch of wheat or barley would be turned into malt. This happens by germinating the grains in water to then be drained, dried and stored. Then, the malt would be mashed and heated. Finally, it would be left to ferment with airborne wild yeast.

All of these steps provided clues to help the researchers make their claim.

To test their hypothesis, the researchers conducted a series of experiments to recreate each step the Natufians would have taken to brew their beer.

These brewing experiments allowed the researchers to study how starch granules changed during the brewing process and make comparisons to what they discovered.

Liu and Wang's brewing experiments showed a clear similarity to what the Natufians concocted.

The researchers also analyzed the artifacts that were excavated. They found that the traces left on the ancient stone mortar closely resembled their own lab experiments of pounding and crushing grain seeds, a process required for beer brewing.

The discovery of ancient brewing shed new light on Natufian rituals and demonstrate the wide range of technological innovations and social organization within their culture, the authors conclude in the paper.

"Beer making was an integral part of rituals and feasting, a social regulatory mechanism in hierarchical societies," Wang said about their findings.

And those rituals were important to the Natufian culture, she said, noting that the discovery of beer-brewing at the graveyard signifies the emotional ties the hunter-gathers had with their ancestors.