A. Sutherland - AncientPages.com - North America’s petroglyphs at the Winnemucca Lake are the oldest known.

Cut into several boulders located within the Pyramid Lake Indian Reservation, in western Nevada, the petroglyphs date to at least 10,500 years ago and perhaps even as far back as 14,800 years ago. 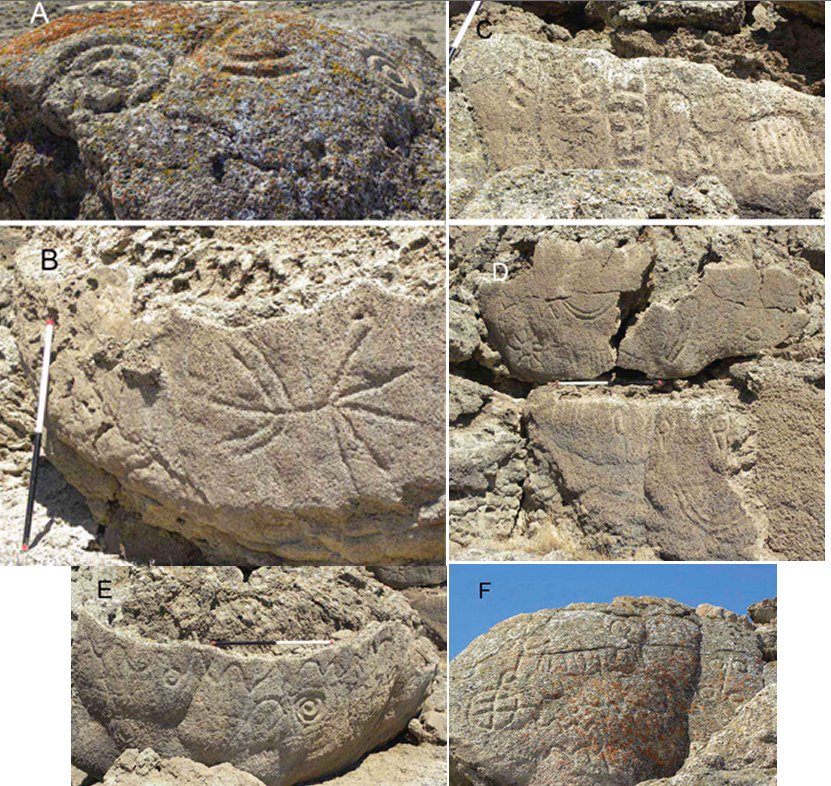 The petroglyphs that have been known for several decades are located on the west side of Winnemucca Lake, 35 miles northeast of Reno, Nevada. Deeply carved, large grooves and dots form complex designs on several large limestone boulders.  These designs are closely spaced, forming panels on boulder-sized surfaces of a partially collapsed tufa mound.

The rock art's designs also include a number of vertical, chain-like symbols and a series of smaller pits deeply incised with a type of hard rock scraper. However, a very interesting feature of the petroglyphs is that they do not depict humans, animals, or even handprint symbols. 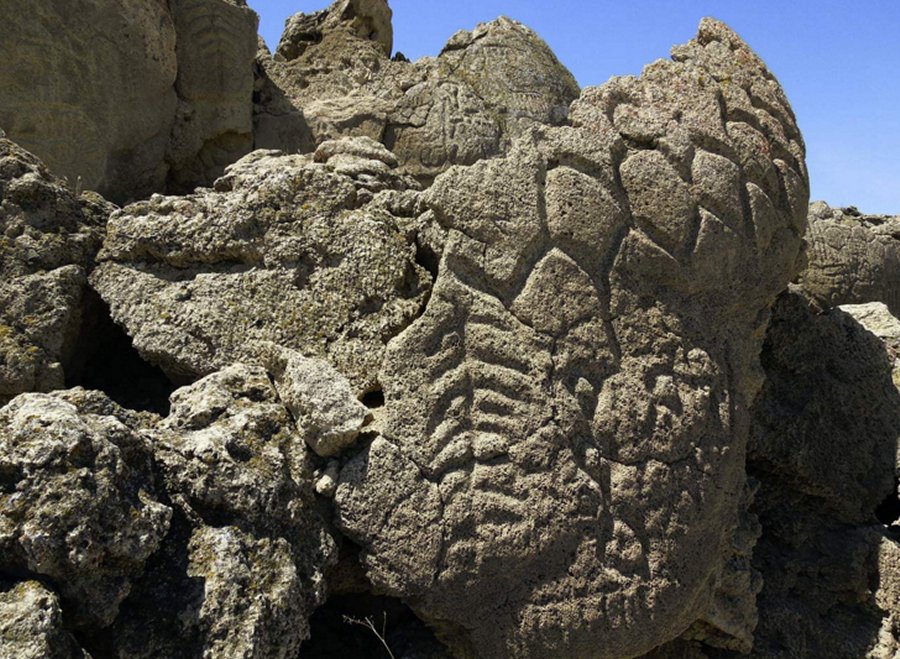 The oldest dates calculated for the Winnemucca Lake petroglyph site correspond with the time frame linked to several pieces of fossilized human excrement found in a cave in Oregon.

Several methods have been used to date these petroglyphs.  At first, rock art was preliminarily described in 1992 as unusual, and possibly very early. Two years later, geochemist Larry Benson at the University of Colorado Museum of Natural History, determined the petroglyphs were carved into tufa, a type of limestone widespread over many places around the world but in the US especially concentrated near Pyramid Lake, Nevada, and Mono Lake, California.

The research showed that the limestone was deposited between 16,200 and 14,800 years ago, but no specific date for the carvings was suggested. 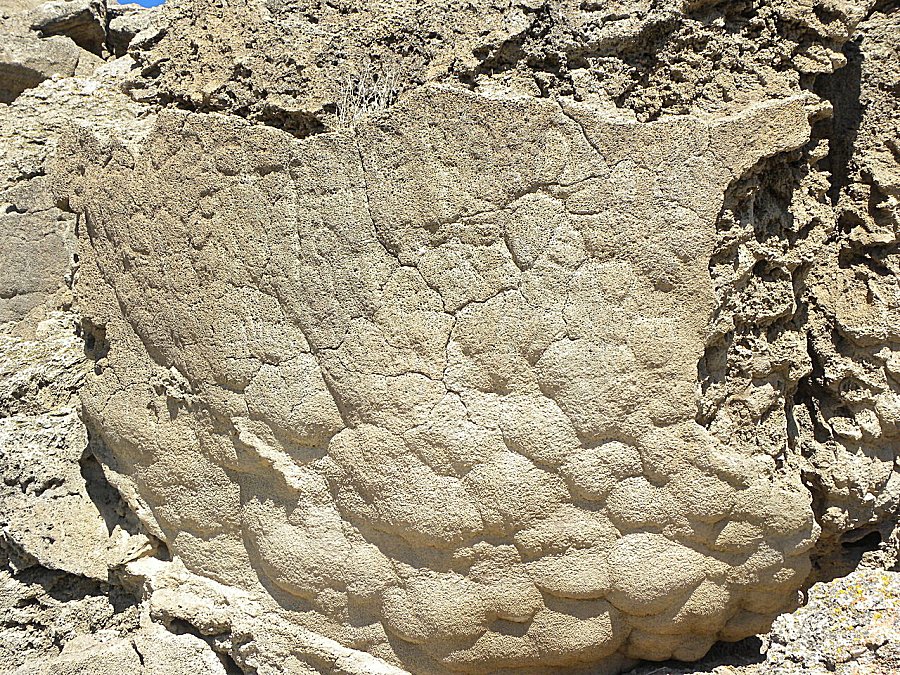 Winnemucca Lake, NV, USA. Petroglyphs were carved into the tufa structures by prehistoric Native Americans. Radiocarbon dating of tufa laysrs covering the petroglyphs in 2013 showed these to be the oldest known petroglyphs in the Americas. This image shows details of petroglyphs being covered by tufa layers later after the water level rose. Image credit: Larry V. Benson, USGS - https://dx.doi.org/10.1016/j.jas.2013.06.022.

Cut into several boulders in western Nevada, these petroglyphs date to at least 10,500 years ago and perhaps even as far back as 14,800 years ago.

The elevation was very important to the study. When the lake level was very high, the boulders were still submerged and not accessible for carving. The unknown ancient artists had to wait until the lake level was low enough to allow access to the rocks.

There was a time (12,600 to 11,400 years ago) when the water level was sufficiently low. Then it raised again and later, it had intermittent low periods thereafter.

So, when were the boulders covered with the petroglyphs?

For now, the oldest known petroglyphs in North America date to at least 10,500 years ago and perhaps even as far back as 14,800 years ago.

How this rock art was created is not known. It is known, however, that there are only a few petroglyphs in the American Southwest that are as deeply carved as the petroglyphs at the Winnemucca Lake, and few that have the same size.

The rocks include both simple straight lines and swirls and more complex depictions that resemble flowers, trees, or the veins of a leaf. There also is an intricate diamond pattern on one rock. The smallest of the carvings are about 8 inches (20 cm) in width, while the largest is 3 feet (0.91 m). Grooves are approximately .4 to .8 inches (1.0 to 2.0 cm) deep.

The meaning of these petroglyphs cannot be determined with certainty, although some theories have proposed that they may represent clouds, lightning, or meteorological symbols.

The petroglyphs at the Winnemucca site still keep their ancient secrets.