A. Sutherland - AncientPages.com - While many cultures bury their dead out of sight beneath a commemorative headstone or a plaque, some societies in China, Indonesia and the Philippines have been hanging their ancestors on cliff faces and in caves for many centuries. 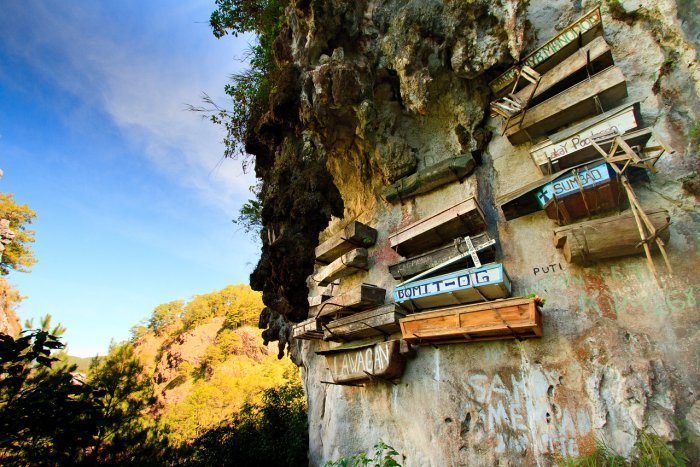 In China, the suspended coffins can be found hanging 33 to 164 feet high and some even as high as 328 feet above the ground. The oldest are said to be in the eastern province of Fujian, dating back 3,000 years. Also local people say the tradition has been practiced very long time, however, many of the coffins are not very well preserved.

Hanging coffins are found in central China, mostly in isolated and often almost inaccessible valleys to the south of the great Yangtze River, flowing from the Himalayan foothills to China's eastern coast.

The coffins rest in a variety of formations, both in caves and on cliffs and it happens they are often difficult to recognize them from the ground below.

This ancient and unusual Chinese burial custom is not well known. It is not entirely explained how and why people chose to bury their dead up high from the ground.

Some say that the tradition was continued to keep land free for farming, however, ancient literary works say this custom honored the deceased. 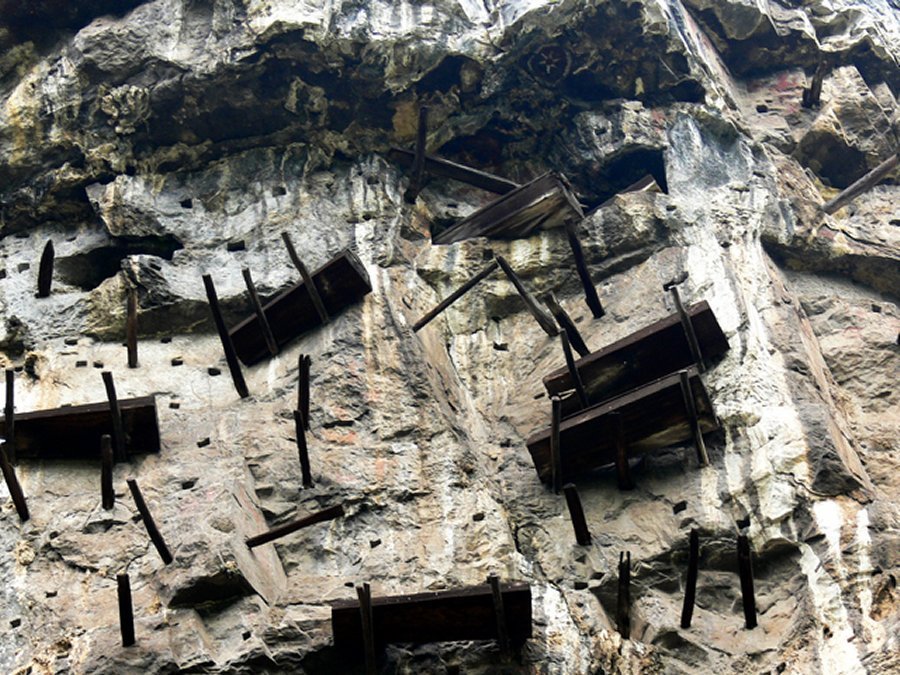 Coffins of various shapes were mostly carved from one whole piece of wood. Hanging coffins either are located on beams projecting outward from vertical faces such as mountains, or placed in caves in the face of cliffs, and also sit on natural rock projections on mountain faces.

It was said that the hanging coffins could prevent bodies from being reached by animals, and their location made them less vulnerable to destruction.

Spiritually, the Bo people viewed the mountain cliffs as a stairway to heaven and believed that by placing the coffins up high the deceased would be closer to heaven.

Building Techniques And Transportation Into Caves And Cliffs

However, it is unknown how the wooden coffins were placed into the caves, some more than 1,000 feet (305 kilometers) above the river. 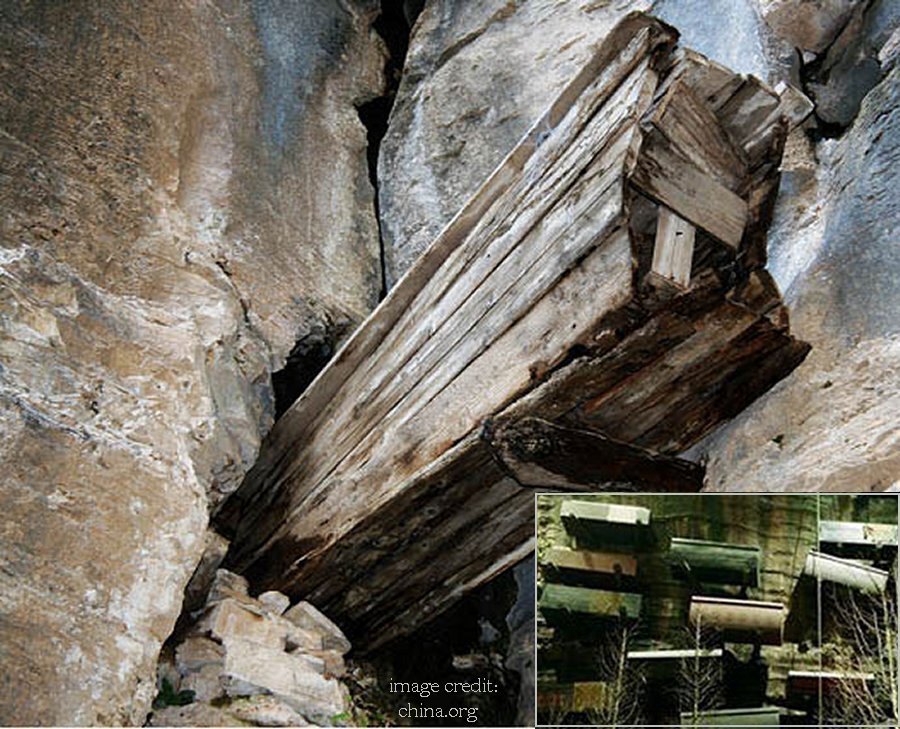 The coffins are usually built in three ways. One is the stake style. Two or three holes are chiseled on the bluff in which stakes are inserted to support it.

Ancient Bayanihan Tradition Of The Filipino People: Villagers Move Your Entire House Including Walls And Roof

What Was Extreme Ritual Of Sokushinbutsu?

Another way is to chisel caves on the bluff and put the coffins in directly. Yet another is to put the coffins directly in the natural caves or cracks between the two cliffs.

The custom is known among Bo people (a minority tribe that once inhabited the area between today's southern Sichuan and northwestern Yunnan provinces) and Igorot people (generally referred to as Sagada) people in the Northern Luzon Province of the Philippines. The Sagada tribe holds the practice of hanging coffins continues to this day and this burial tradition has been practiced for more than 2000 years.

Many coffins have been also found in dense, man-made caves in central China’s Hubei province. Dubbed "Cave of the Fairies" and spread over 50 meters, they belonged to the Bo people, an ethnic group during the Tang Dynasty (618–907 AD). 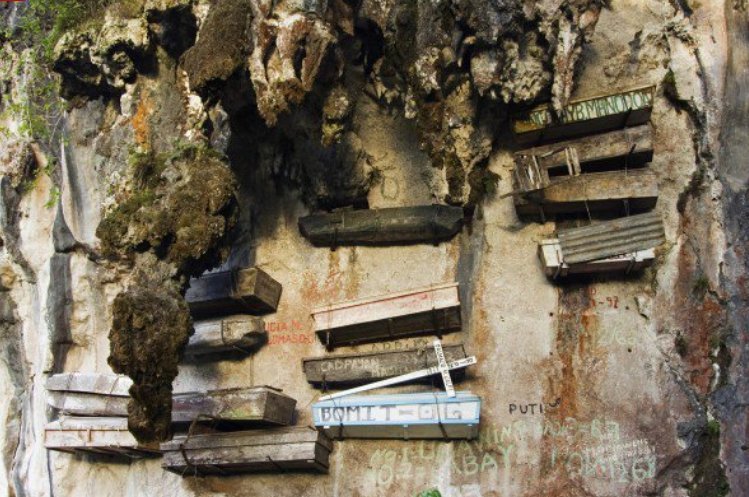 The coffins – secured only with vines – are located in a deep gorge, hanging for a longer time, but eventually, the vines drop the coffins to the ground, making room for the next generation. It’s worth mentioning that the coffins are much smaller than traditional coffins, because the Igorot people lay their relatives to rest in the fetal position.

According to their beliefs, everyone should leave this world the same way they came into it.

The suspended coffins are one of the funeral customs of the Pu People who lived in the vicinity of the Daning River 2,000 years ago. The higher the coffin is hung, the greater respect is expressed for the dead (one’s father, elders, and ancestors).

However, it is unknown how the wooden coffins were placed into the caves, some more than 1,000 feet (305 kilometers) above the river.