AncientPages.com - The Archimedes screw is a machine that can transfer water from a low-lying body of water into irrigation ditches. Water is pumped by turning a screw-shaped surface inside a pipe.

Invented by Archimedes of Syracuse (287-212 B.C.) the device was originally used for irrigation in the Nile delta and for pumping out ships. Some writers have suggested the device may have been in use in Assyria some 350 years earlier. 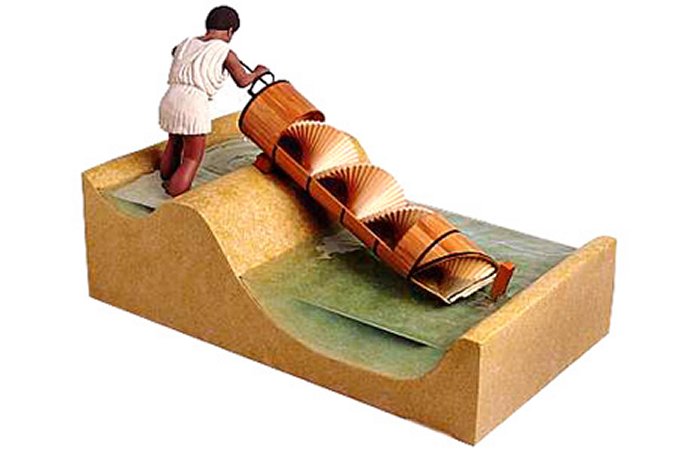 A cuneiform inscription of the Assyrian king Sennacherib (704 - 681BC) has been interpreted by Stephanie Dalley to describe the casting of water screws in bronze some 350 years earlier. This is consistent with the classical author Strabo who describes the Hanging Gardens of Babylon as watered by screws.

Archimedes invented a number extraordinary devices, such as for example the death ray, but was he also the first one who came up with the idea to construct a machine to lift water or was his invention based on a similar device he had either seen or heard about? 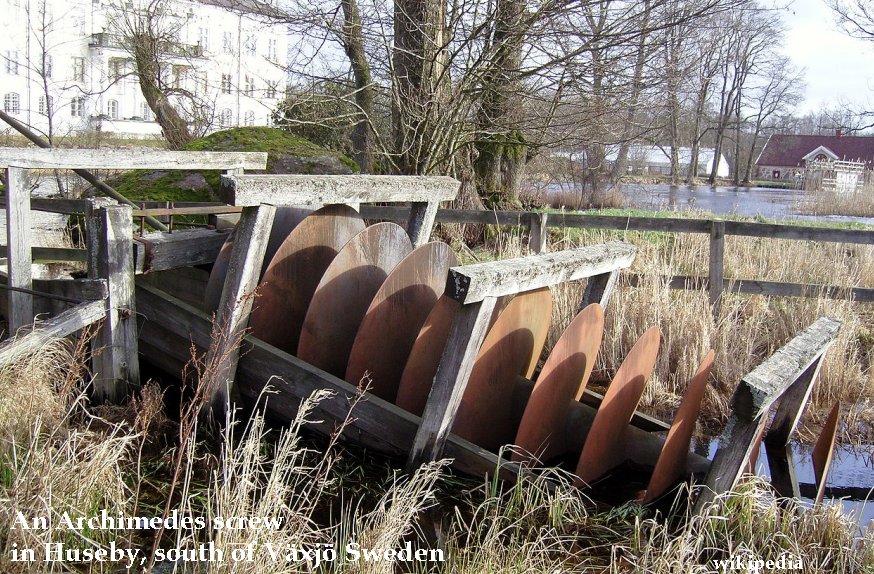 One type of the Archimedes screw consists of a circular pipe enclosing a helix and inclined at an angle of about 45 degrees to the horizontal with its lower end dipped in the water; rot-ation of the device causes the water to rise in the pipe. There are also other variations consisting of a helix revolving in a fixed cylinder or a helical tube wound around a shaft.

Used over 2,000 years ago by the Egyptians for irrigation, the Archimedes screw is still in use today, ranging in size from a quarter of an inch to twelve feet in diameter. The device was for example used for draining land that was underneath the sea in the Netherlands and in the successful 2001 stabilization of the Leaning Tower of Pisa.