Rafael - AncientPages.com - Japanese armor has a long and rich history. This goes all the way back to the 4th century. Over the centuries, these types of armor went through extreme developments since its introduction to warfare and the battlefield. 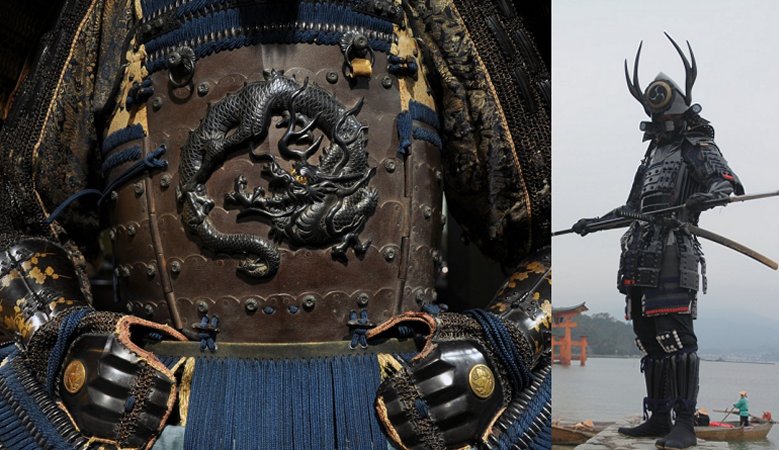 More than 150 years ago, the samurai class had officially dissolved. However, their elaborate and finely-design armor were still globally recognized as iconic pieces. These were also known for displaying the virtue and strength of the Japanese military.

The samurai warriors were known as an elite group of strictly yet well-trained individuals. They were also highly protected with fine armor. This was also true for the horses owned by these samurai warriors.

The Beauty Of The Samurai Armor

The samurai armor beauty and elegance were based on a specific visual culture. This culture placed a great deal of importance on the unique combination of delicacy and brutality.

Each of the elements on a warrior’s armor was personalized and significant. These pieces took months to create which made the pieces even more vital to the warrior. However, not many of these armor survived history; yet those that are still present are indeed wondrous to behold.

The armor of a Japanese warrior is known to have evolved from the Korean and Chinese pieces. Helmets and cuirasses were produced in Japan as early as the 4th century.

During the years 794 to 1185 of the Heian period, these cuirasses evolved and developed into a more common style of armor that was utilized by the samurai class. It was called the do or dou. Makers of Japanese armor began utilizing leather with lacquer to weather-proof parts of the armor.

During the 16th century, Japan started trading with European countries which would be known as the Nanban trade. Through this, the samurai warriors were able to acquire European armor such as the comb morion and cuirass. They were able to modify these together with domestic armor since it offers increased protection against the Tanegashima.

In the year 1543, the Portuguese introduced the tanegashima which changed the course of Japanese warfare. This led armor makers to alter the design of their armor to plate armor. Bullet-resistant armor were also created and these were called the tameshi gusoku. It allowed samurai warriors to continue wearing their armor despite using firearms. 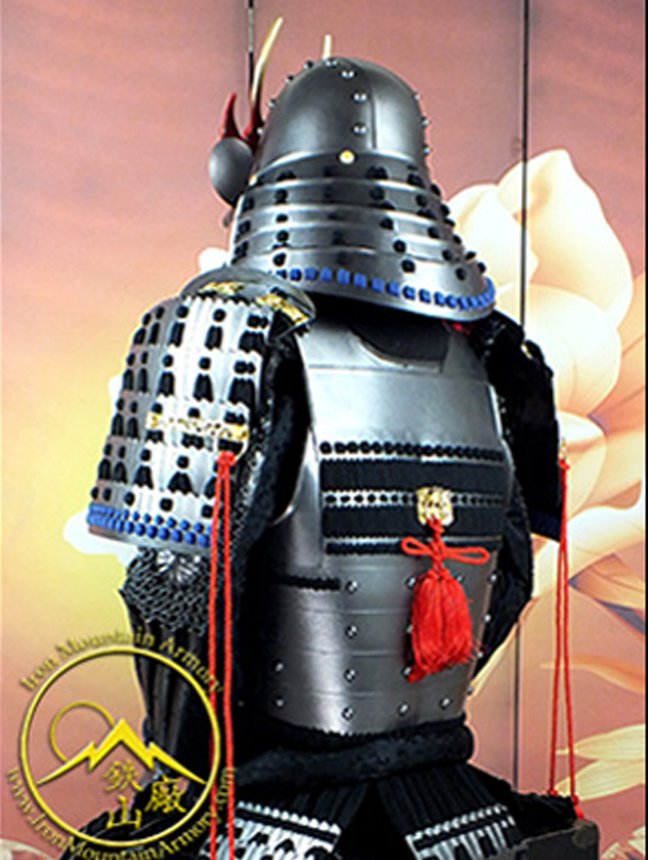 For the Sengoku era, this ended around the 1600’s. This time was when Japan united and entered the peaceful times of the Edo period. Despite the peace, samurai warriors still utilized the lamellar and plate armor to exhibit their status. However, the classic armor didn’t have further use for battles.

During the Edo period, portable, lightweight, and hidden armor were used as a form of personal protection. This was due to the civil strife, peasant revolts, duels, and assassinations that occurred. People during this period often utilized armor like the kusari katabira as well as armored sleeves that could easily be worn under normal clothing.

Samurai Swords: Katana And Wakizashi And Their Long Tradition

William Adams: The Journey To Becoming The First White Samurai

The samurai from this specific period were in charge of the country’s internal security. They were required to wear different types of shin and arm protection, kusari gusoku, and hachi gane or forehead protectors.

Armor was utilized until the end of the Meiji period; the last use of the samurai armor was in the year 1877 during the Satsuma Rebellion.

The Japanese armor were commonly made using small iron, leather scales, or plates. These were connected to each other via macrame cords or rivets. The cords were usually made from braided silk, leather, or chain armor.

Noble families often utilized silk cords that were used to shape certain colors and patterns of silk thread. A lot of these cords were made from over a hundred strands of silk. The plates of the armor were commonly attached to a leather backing or a piece of cloth. The Japanese armor plates were also created to be as lightweight as possible. This was necessary since the samurai did a lot of things such as archery and horse riding.

The armor was often brightly lacquered to keep this safe against Japan’s harsh climate. Kusari or chain armor was also used to produce individual armor pieces.

Components Of The Japanese Samurai Armor

Kabuto: The Samurai Helmet - The kabuto was the most important part of the samurai armor since it was the best way to intimidate the enemy, Also, it was taken as a trophy by the victor when a slain warrior was decapitated by his opponent.

Often, the kabuto was made of several plates. However, helmets during the Heian period and after the full-plate armors were introduced, makers of Japanese armors created some excellent examples of single-plated helmets.

The kabuto had two essential parts which included the hachi (bowl) and the shikoro (neck-guard).

The do or cuirass had various construction throughout the different periods in Japanese history. These were made of scales, lamellae, or full-plate and was the largest part of the Japanese armor.

The kusazuri or the protection for the thighs were attached to the bottom of the cuirass using suspending cords. The sode or shoulder guards protect the shoulders and arms. The construction of the sode also differed from era to era.

For armor adornments, these were often family crests or clan symbols including crescent moons or chrysanthemums. Others were dragons, lions, and other fierce beasts. Some used religious symbols such as patron gods and famed bodhisattvas.

The men yoroi or face armor was highly popular during this period. However, only a few samurai used these on the battlefield. This was because the samurai wanted their enemy to see their faces. Under the men yoroi was a neck and throat armor and could be detached to the men yoroi or attached as one element.

Until the mid-12th century, the kote or armored sleeves only had one sleeve. It was worn on the left arm to provide protection from the bow-string. On the second part of the period, sleeves for both arms were developed. The functions and constructions were altered to add protection against edged weapons. Tekko or gauntlets could also be detached from the kote, but these were usually attached to it to form one piece of armor.

The suneate protects the legs; however, the earliest versions of these did not provide protection for the knees. Around the 12th century, the first knee guards were developed. These were made from steel or even lacquered leather. Oftentimes, the kote and suneate were made as a set with the same design.

The haidate was the last addition to the samurai armor. It was also created around the 13th century. The haidate was designed to protect the thighs although it was rarely used on the battlefield. The fabric used for this was also the same as that of the kote and the suneate.