A. Sutherland - AncientPages.com - There are eleven medieval monolithic churches in Lalibela, one of Ethiopia's holiest cities, second only to Axum.

The construction of the churches is dated somewhere between the 1150s and the 1170s, during the reign of king Lalibela, one of the most famous rulers of Ethiopia's Zagwe Dynasty. In fact, the ancient town of Roha, was named after king Lalibela himself upon his death.

These truly amazing structures - undoubtedly a masterwork in the history of rock-cut architecture, are located about 500 miles (800 kilometers) north of Addis Abeba and halfway up on Roha Mountain.

But how did Lalibela build these churches? Many theories and legends propose different answers and naturally, there are some legends.

According to an Ethiopian legend, God instructed Lalibela to build the unique churches; the structures were built with the help of angels. King Lalibela, who was poisoned by his brother and fell into a three-day coma, was taken to Heaven and given a vision of a rock hewn city. After Lalibela woke up from the comma and was crowned as a king, he gathered local handymen and started building the churches, the like of which the world had never seen before.

Another legend has it that that the king went into exile to Jerusalem and vowed that when he returned he would create a New Jerusalem. At that time, Muslims conquests halted Christian pilgrimages to the Holy Land making them often dangerous and even deadly. 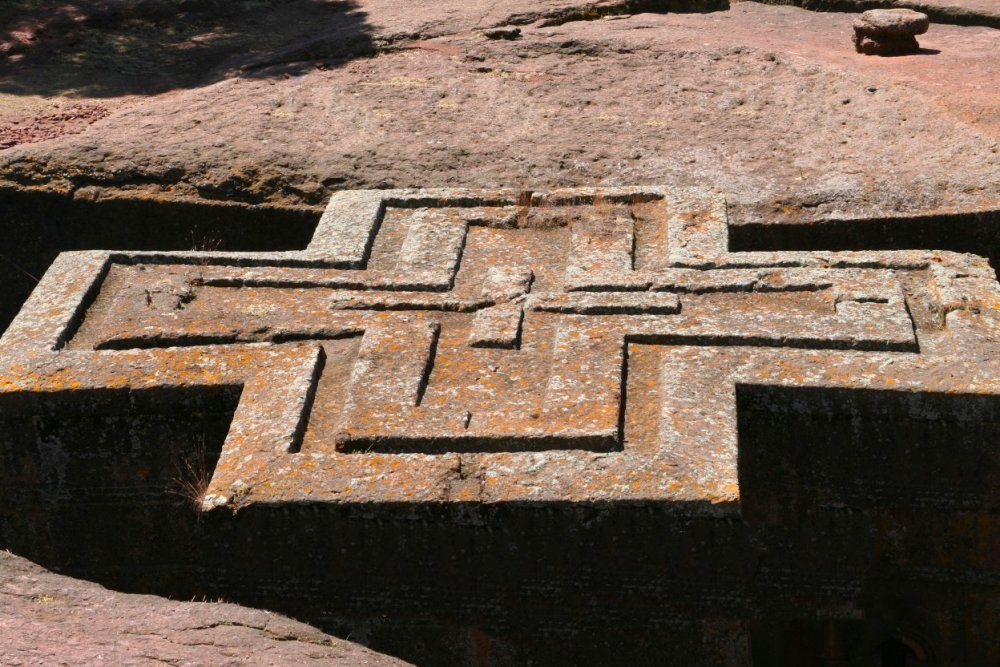 Church of St. George (or Church of Bete Geiorgis). There are some striking features on the roof, in form of five crosses
nestled inside each other and continuously being magnified from the inside to the outside.

According to the local Church fathers, when king Lalibela was ready, a pillar of light came from heaven, showing him the place where he was to built the first church.

Some scholars estimate it would have taken a 40,000 man workforce to build the churches; local legends claim that human workers labored the daylight hours away, with celestial beings taking over for night duty, doing double the amount of labor of their human counterparts, enabling the churches to be built at incredible speed.

The design of these eleven 'medieval' churches is indeed very unique. Each church of the eleven rock-hewn churches also still has its original tabot from the time of Lalibela. A tabot is an important item in the worship of the Ethiopian Orthodox Church: it is a replica of the Ark of the Covenant described in the Holy Bible. 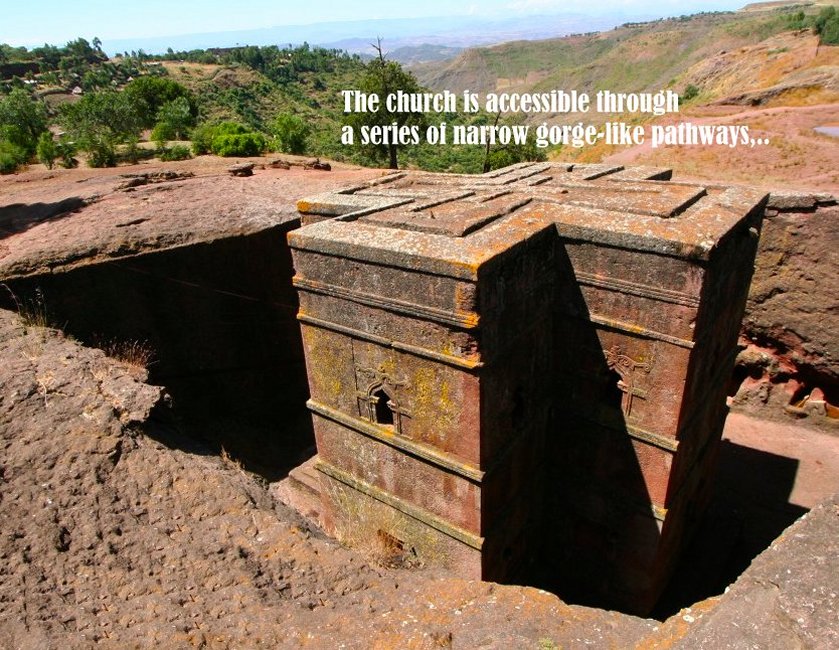 The Church of St. George is the most well known and last built of the eleven churches. The dimensions of the complex are 25 meters by 25 meters by 30 meters (82x82x98 ft), and there is a small baptismal pool outside the church, which stands in an artificial trench.

On the roof of the famous Church of St. Georges,there are some striking features, in form of five crosses nestled inside each other and continuously being magnified from the inside to the outside.

Another architectural achievement is the built-in drainage system. During the rainy seasons, water does not collect on the building, instead it is being drained from the roof through a system of small channels and openings.

Kingdom Of Nubia: Pyramids And Priceless Secrets Of A Civilization Forgotten By History And Neglected By Archaeology

Some of them lie almost completely hidden in deep trenches, while others stand in open quarried caves. A complex and amazing labyrinth of tunnels and narrow passage ways connects them all. 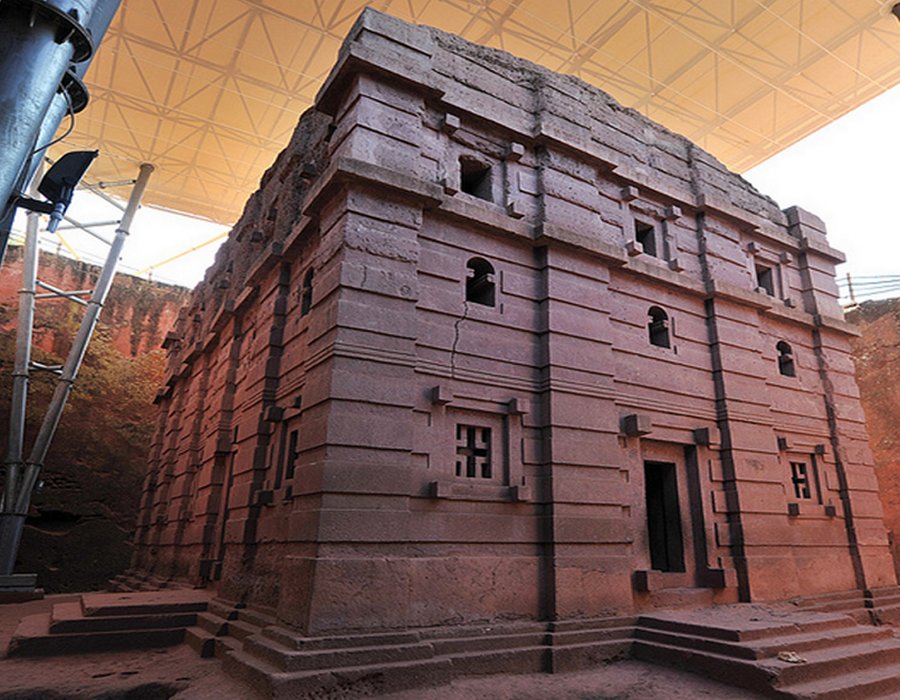 Bete Amanuel - The ancient stone master builders did not construct them in a traditional way. Instead they cut the buildings from a single piece of granite below ground level and chiselled out, forming windows, doors, floors, catacombs and other areas of the buildings.

Yet they are different from one another - in both size and style. What do we know about the Medieval stone masons whose ingenuity created these structures? What tools were used to build them?

This architectural miracle would never be possible to establish within the lifetime of one king and with contemporary prehistoric hand tools, only. Who built the amazing churches of Lalibela and how it was done remains totally unclear.

One theory propose that the structures produced solely by medieval Ethiopian civilization but who supplied the drawings remains a mystery.

So far, the churches of Lalibela continue to baffle historians and archaeologists.