A. Sutherland - AncientPages.com - Most people associate Christianity with the cross, but there are also other symbols that have a deep meaning and significance. In this top list we explain the meaning of ten important Christian symbols. 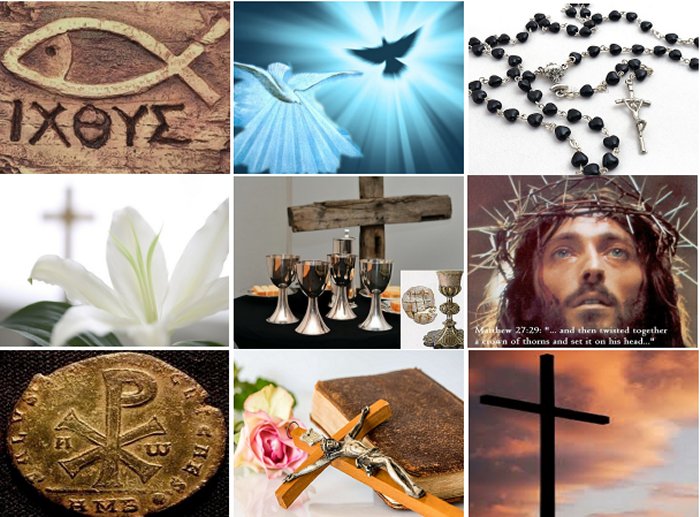 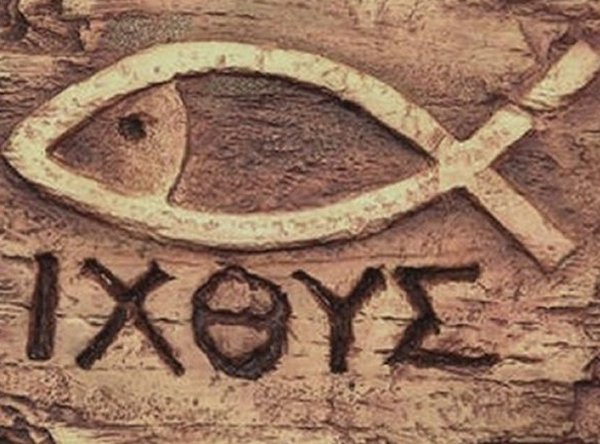 The ichthys symbol became of great importance and started to appear in Christian art during the late 2nd century, and its use spread widely in the 3rd and 4th centuries. The fish appears in many Biblical stories, for example, the fish that swallowed Jonah is believed to symbolize Christ’s incarceration in the tomb. The story of Tobias, who survives an attack by a large fish and then uses the gall of the fish to restore his blind father’s sight, symbolizes God’s blessings.

In a miracle, traditionally known as the 'Miraculous Draught of Fish', the symbol is a representation of abundance and wisdom. Luke's account of Christ's miracle predicts Peter's later an important role as a 'fisher of men'. Read more about the Ichthys 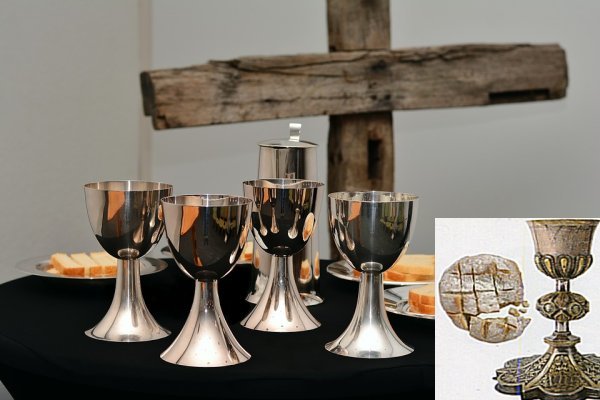 According to the New Testament, the Eucharist (Holy Communion or the Lord's Supper) was introduced by Jesus Christ during the Last Supper. He gave his disciples bread and wine and referring to the bread, he said: "This is my body, which is given for you. Do this in memory of me." (Luke 22:19). Bread and wine symbolize Christ's sacrifice of himself on the cross and his commission of the apostles at the Last Supper. The sacramental bread (unleavened or leavened) and sacramental wine (or grape juice), are consecrated on an altar (or a communion table) and consumed thereafter.

Many Christians take it literally while others perceive it as a symbolic truth.

3. Star Of Bethlehem – Star Of The Birth Of Christ 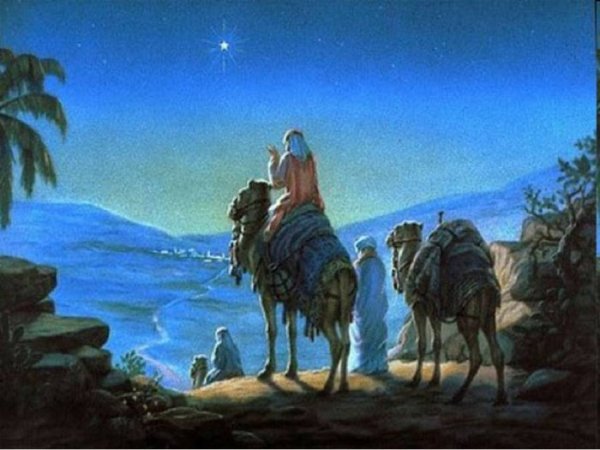 The five-pointed (or four-pointed) star (also known as the Epiphany Star or (Christian Star) represents Jesus' birth and incarnation. It is one of the most powerful symbols of Christianity. On Christmas Eve, the Star, shining brightly in the heavens, guided the wise men to the lowly manger where the Christ child was born.

Matt. 2:1 After Jesus was born in Bethlehem in Judea, during the time of King Herod, Magi (n) from the east came to Jerusalem 2 and asked, "Where is the one who has been born king of the Jews? We saw his star in the east and have come to worship him."

Many Christians believe the star was a miraculous sign and some theologians claimed that the star fulfilled a prophecy.

This star is used especially for church decoration during the Advent and Christmas seasons. 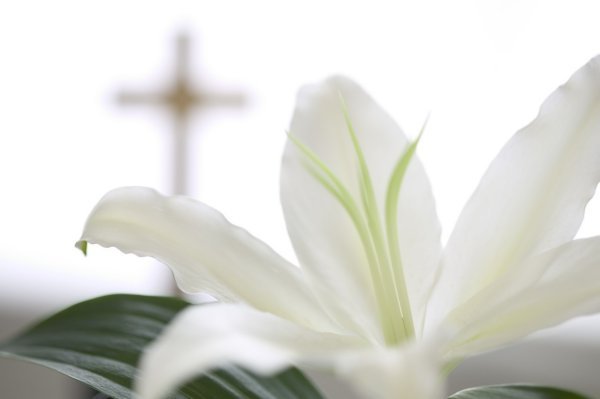 To Christians, the lily flower was a symbol of the Holy Trinity as well as an emblem of the Virgin Mary. The Roman Catholic Church adopted the Fleur-de-lis symbol to represent Virgin Mary. When Pope Leo III in 800 crowned Charlemagne as emperor, he is reported to have presented him with a blue banner covered (semé) with golden fleurs-de-lis.

In early Christian depictions, the innocent lily was sometimes used to represent a baby Jesus Christ, but later in the thirteenth-century scriptures and religious texts the flower represents purity, innocence and an important botanical symbol of Mary. The flower regularly appears in Annunciation arrangements (in a vase, stained-glass windows depicting the Virgin Mary,  or in the hand of the angel Gabriel (it is his attribute). 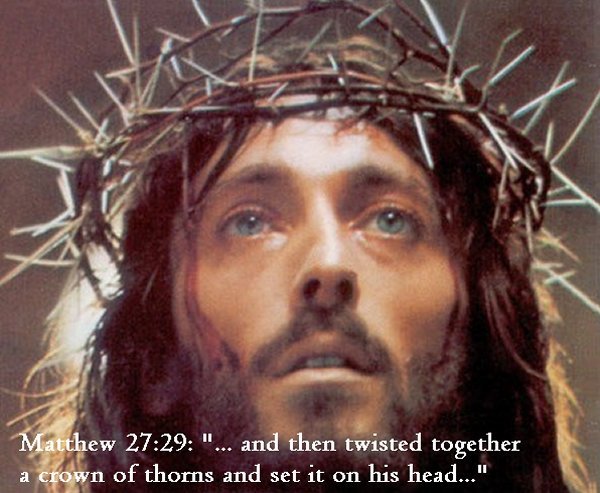 In Christianity, the thorn symbolizes sin, grief, sorrow and wickedness. The thorns also symbolizes Jesus’ walk along the Via Dolorosa, wearing a crown of thorns.

Three canonical Gospels say, a woven crown of thorns was placed on the head of Jesus during the events related to the crucifixion of Jesus. It was one of the instruments of the Passion, employed by Jesus' captors both to cause him pain and to ridicule his claim of authority. It is mentioned in the gospels of Matthew ('And when they had platted a crown of thorns, they put it upon his head, and a reed in his right hand: and they bowed the knee and mocked him, saying Hail, King of the Jews!' 27:29 KJV) and also Mark (15:17).

In later centuries, relics considered by many to be all (or part) of the Crown of Thorns have been deeply venerated. 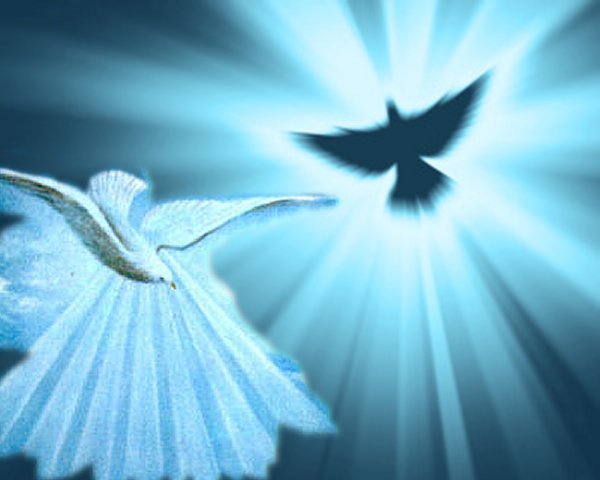 Dedicated to Venus in the Antiquity, the dove is now a honorable bird for Christian believers. It means the purity of Christ. During the baptism of Jesus Christ "the skies opened, and he saw, the spirit of God descending onto him as a dove “ (Matthieu, III, 16). In art, objects are dove-shaped (Eucharistic doves), being tabernacles (with small chains) filled with consecrated hosts and suspended above the church's altar. The Seven Gifts of the Holy Spirit—“the spirit of wisdom and understanding, the spirit of counsel and might, the spirit of knowledge, of godliness, and the fear of the Lord” (Isa. 11:2)—are personified by seven doves in medieval art.

Luke 3:22 - “And the Holy Spirit descended on him in bodily form like a dove. And a voice came from heaven: "You are my Son, whom I love; with you I am well pleased."

Early Christians often had a dove on their tombs as a symbol of the peace and happiness of the soul. 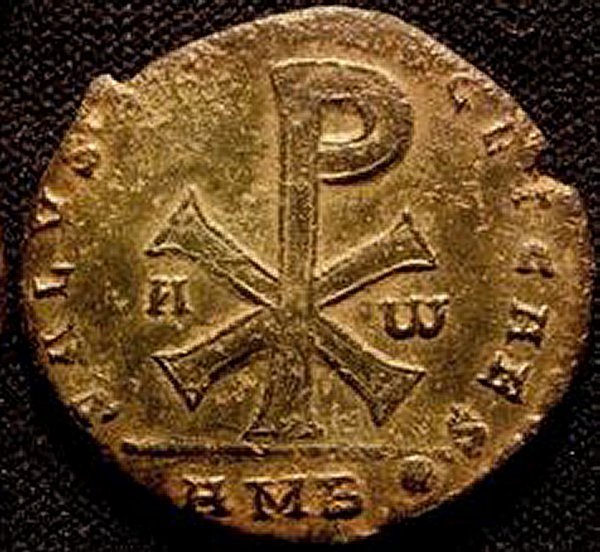 The Chi-Rho is a combination of the Greek letter chi (X) and rho (P), which are the first two letters of the Greek word for “Christ,” when put together represent “Jesus”. This symbol was commonly known in ancient Christianity and was used by the Roman emperor Constantine I (306-337 AD) as vexillum (named Labarum). The symbol is often accompanied by letters Alpha and Omega.

The Bible says that Jesus said “I am the alpha and the omega, the beginning and the end”.

How The Strange Dream Of Roman Emperor Constantine Changed History 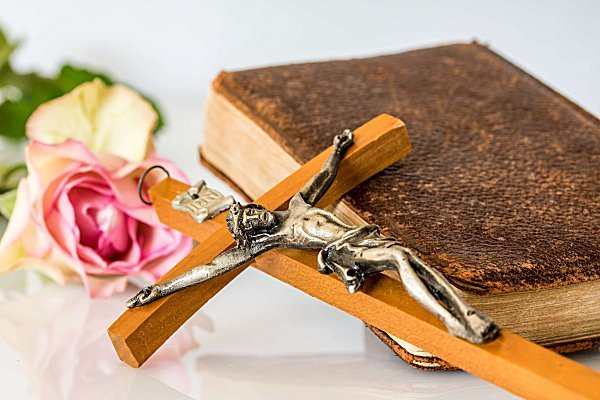 The rose has been a common Christian symbol since the 1200s. It is also an important Catholic symbol. For Catholics, this flower represents a symbol of the rosary, which is used by Catholics during prayer.

The rose is related to Jesus Christ’s life and is also linked with the veneration of Jesus Christ's mother, Mary. The rose’s five petals symbolize all five of Christ’s wounds from the crucifixion. The red rose means martyrdom and Jesus’ sacrificial blood while a white rose is associated with the Virgin Mary and means purity. The flower also represent the ‘Messianic promise’ (multiple predictions in the Old Testament regarding the coming of Messiah), the nativity of Jesus Christ.

In Medieval times, among the many titles given to the Virgin Mary, there is "Santa Maria della Rosa". The rose, often seen with in her hand, has been consecrated to her. Dante wrote: “Here is the Rose, Wherein the Word Divine was made incarnate.” 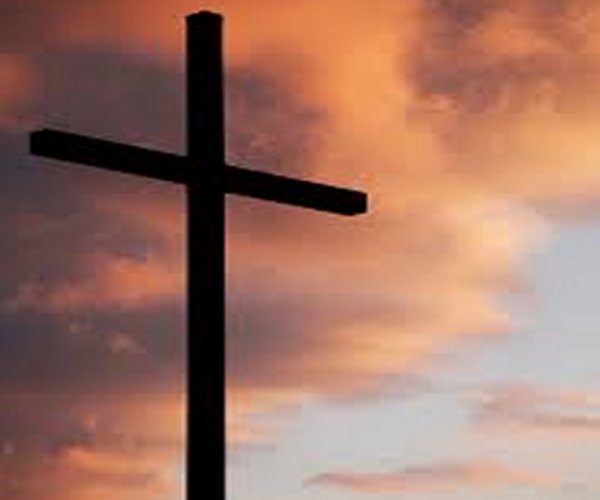 The Christian cross represents at once the death of Jesus Christ and his resurrection.

The symbol reminds us Christian believers of suffering and hope as well. The empty cross usually favored by Protestants, reminds Christians of the resurrection, while the crucifix (with the body of Jesus on it), favored by Catholic and Orthodox churches, is a reminder of Christ's sacrifice. The crucifix represents the central point of the Catholic belief that Christ died on the cross to redeem humanity.

Luke 9:23 says: Then he said to them all: “Whoever wants to be my disciple must deny themselves and take up their cross daily and follow me. 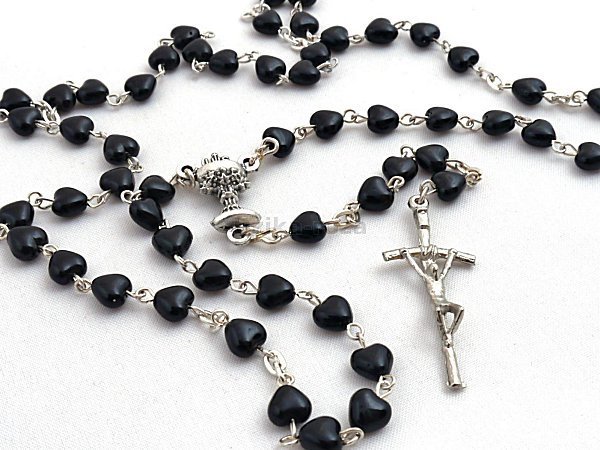 The Christian Rosary (in Latin: ‘a garland of roses’) presents the devotee with a structure for prayer. The name of this Christian object is related to the Virgin Mary and her purity. The Rosary helps to count the number of read “Ave Maria”.

To Catholics, the Rosary is a remedy against severe trials, diverse temptations and the sufferings of life, and that the Rosary is one of the great weapons given to believers in their battle against every evil that surrounds us.

Saints and popes have always emphasized that the Rosary is crucial for meditation and taught how the rosary should be prayed, especially regarding respect, reverence and purity of intention during Rosary recitations.

Praying the Rosary is considered as a sort of penance after confession. Penance is usually generally intended as encourage to meditation and spiritual growth and NOT a “punishment" due to the sins committed in the past.