A. Sutherland - AncientPages.com - Rainbow has a special place in people’s ancient beliefs.

The people of the Bogota plain once appealed to the sun god Bochica to protect them, when furious over their complaints and disobedience, Chibchachum, god of labors and business, sent a great flood to wipe out the region. 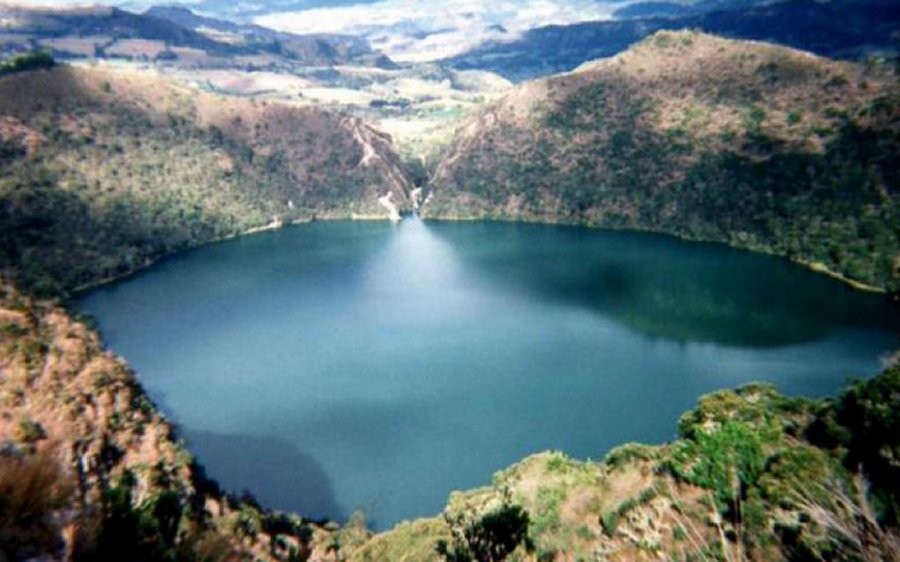 Bochica appeared sitting on a rainbow and brought out the sun to evaporate the waters and using his gold staff he created a chasm in the mountains through, which most of the flood flowed away. The magnificent waterfalls Bochica created, still exists, spilling into the sacred Lake Guatavita.

The rainbow became a symbol of rescue from flood for the Chibcha people and afterwards, they always worshiped the rainbow as the goddess Chuchaviva.

Sarmiento writes in his book that the Inca rulers worshiped Huanacauri, a mountain southeast of Cuzco, apparently the most prominent huaca in Inca culture. One day, a rainbow appeared on the mountain, signifying that the fortunate rise of the Inca Empire would begin at this precise location, which later became Cuzco.

The Coricancha or "Golden Enclosure" was the most sacred and important temple in the town of Cusco for the Inca Empire.

According to Inca mythology, it happened in times of Manco Capac, the mythical founder of the Inca Empire, who considered the rainbow, a fortunate sign:

"Take this for a sign that the world will not be destroyed by water. We shall arrive and from hence we shall select where we shall found our city," Manco Capac said.

To the Inca, Cuycha (or in Quechua, the Inca language: Coichi, Cuichu) was a sacred rainbow but could also mean halo, and other forms of glowing phenomena, the Inca frequently observed in the sky.

This rainbow god was worshiped along with the other major deities in the Inca’s religious Coricancha compound. Cuycha had his own temple, one with a golden arc painted with the seven colors of the rainbow. 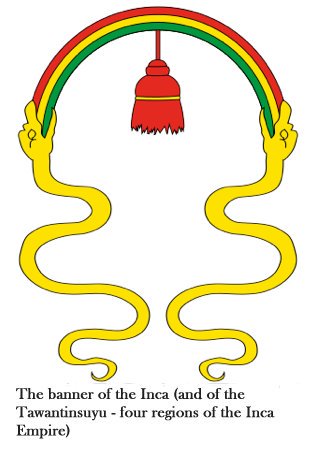 Cuycha was an important deity, which appeared often in the Peruvian sky during the long rainy season and these people were always dependent on rain for growing crops.

The Inca developed many beliefs about the colorful Cuycha god who roamed across the heavens. They determined the sex of each glow by observing its main color. Blue rainbows were male and red were female.

Rainbows in Incan belief, were serpents with two heads who rose out of springs, arched into the sky, and buried themselves either in another spring or somewhere inside the earth. Rainbows moved  and because the ancients worshiped rainbows, they believed that they moved deliberately and often for malevolent reasons, causing many troubles, for instance, steal from men and enter women and cause stomach pains.

If a rainbow did enter a person  and that person got sick, however, there was a cure.

The Inca believed the sick person would get well if he unraveled a ball of yarn made of the seven colors of Cuycha, the rainbow.

Rainbows are considered a sign of good luck, and many people make a wish when they see one. As Biblical Noah saw a rainbow near the end of his time on the ark; similar to Chibcha people, we mentioned earlier, some people believe it is a sign that God will never flood the entire world again.

Early Christian legends say that the rainbow is actually the archangel Uriel, who looks after thunder, lightning, and storms.; some Amazon tribes believe that the rainbow takes the energy from the water up to the clouds and to bathe in such water is to suffer a deadly loss of vital force.

J.E. Cirlot - A Dictionary of Symbols