Angela Sutherland - AncientPages.com - Pergamon is mentioned in several sources from about 400 BC. German archaeologists investigated the city of Pergamon for more than a century. 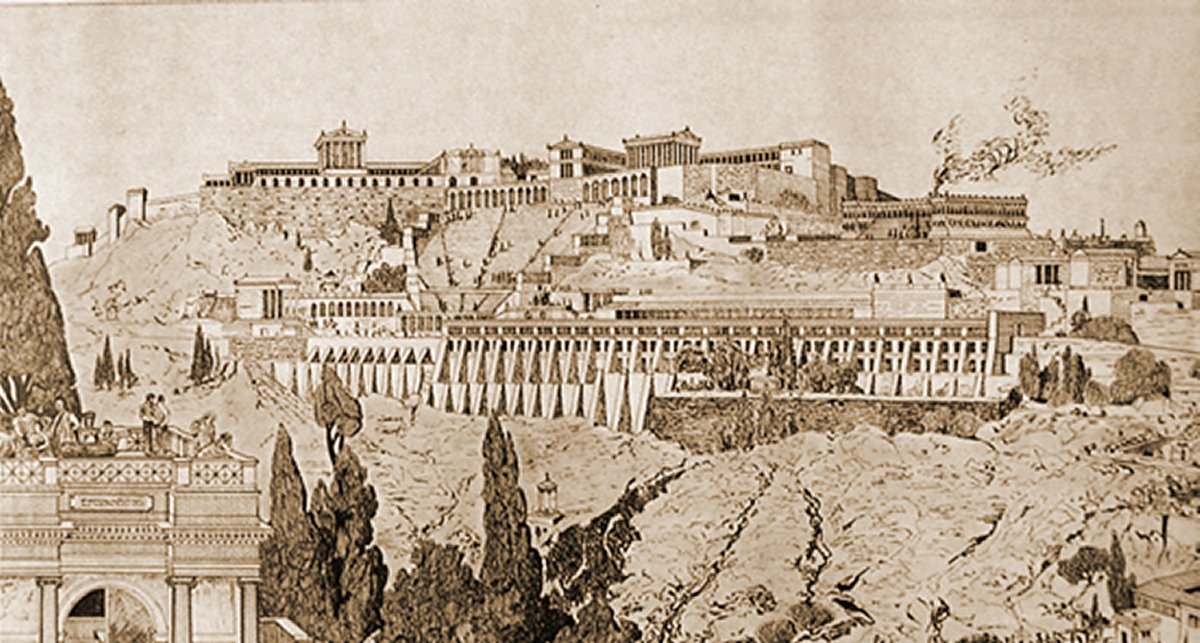 Pergamon (Pergamum) was an ancient city of Mysia located in West Anatolia about 100 km north of Izmir, Turkey. Today, the town of Bergama is located on Pergamon's ruins, but the excavations have revealed several spectacular ruins that shed light on ancient Pergamon's history.

Among the ruins is the Acropolis reserved for official buildings, the Altar of Zeus, and the temples of Athena, Dionysus, and Trajan. In the Heroon shrine, the kings of Pergamon were worshipped. The famous Pergamon library, gymnasiums, Trajaneum theater, an amphitheater, and a huge forum were among cultural objects. 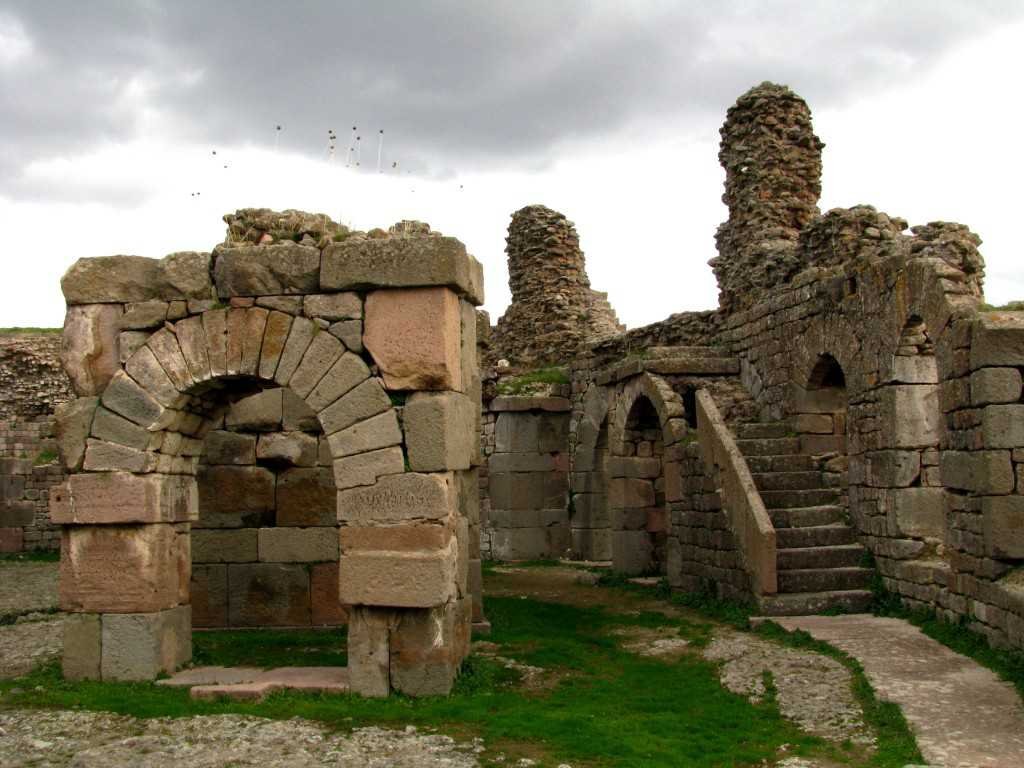 Pergamon - one of the Seven Churches of Asia, mentioned in the 'Book of Revelation' - was home to about 200,000 inhabitants and played an essential role in the early history of Christianity.

Approximately forty aqueducts and 240,000 clay pipes provided the city with water taken from 30 miles away; water even reached the Acropolis, situated over 300 m above sea level, at the top of an isolated hill. 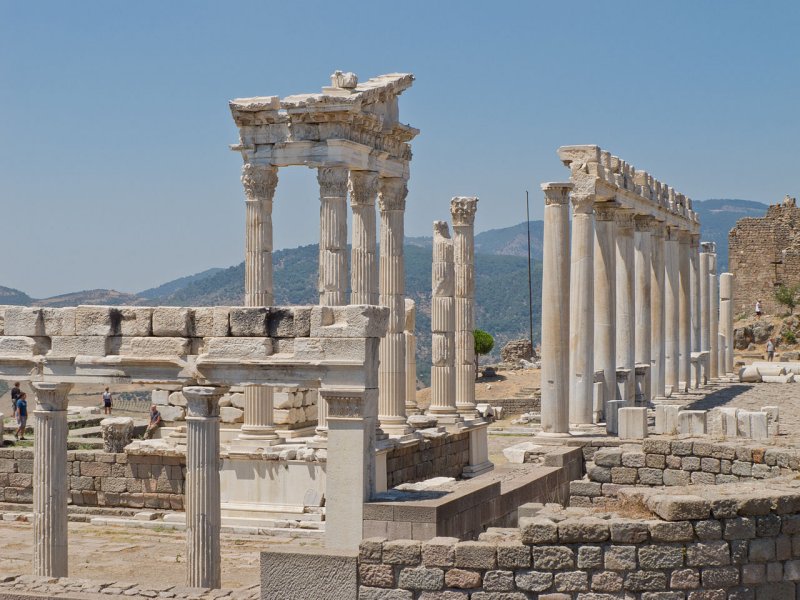 Roman engineers managed to create such pressure conditions that the water reached a cistern located on the highest point of the Acropolis. They built a water supply system consisting of pipes and water towers.

The cisterns of the Acropolis have been surveyed and analyzed thoroughly by German researchers working at Pergamon. These structures were crucial parts of the municipal water supply; it has been calculated that about 20.000 city's inhabitants could have survived the year-long siege with their help.

However, it was not the only way of supplying the city with water. Pergamon also had Roman aqueducts, network waterworks, fountains, and wells.

Pergamon's therapeutic and healing center, the Sanctuary of Asclepius (the god of medicine and healing), was famous due to the presence of eminent Roman physician Galen (c. 129–200 AD), who was born in Pergamon. The medical center used alternative treatments to heal sick patients, with diagnoses often coming from dream analysis.

Treatments included; bathing in, or drinking water from sacred springs, massage, mud baths, and use of herbs and salves. Small clay or terracotta body parts found around the site could be gifts from healed customers of the center. 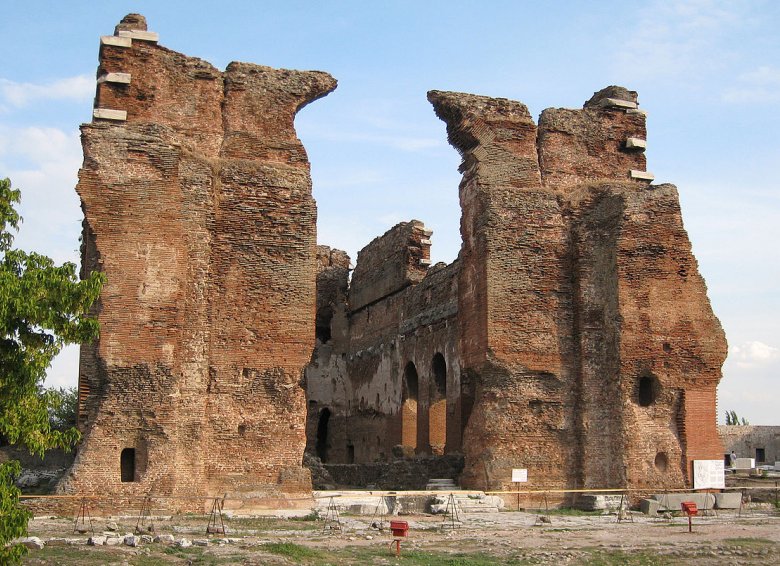 Red Basilica, one of the seven important churches in Early Christianity, was built on the temple of Serapis, Bergama. Image credit: Prioryman  - CC BY-SA 3.0

Among Pergamon's other notable structures was the Red Court (the 2nd century AD). It was later converted into 'Red Basilica' and dedicated to Egyptian gods and goddesses, especially Serapis (primarily a healer of the sick, a deity who was superior to fate and who retained from Osiris the character of a god of the underworld. The structure's forecourt is still supported by the 196 m (643 ft) wide Pergamon Bridge, a remarkable achievement of ancient engineers.

The Library of Pergamon - founded during the rule of king Eumenes II (197-159 BC) - was renowned. It is second only to the Library of Alexandria, although not approaching Alexandria in scholarship but rather in the number of volumes they possessed.

According to the writings of Plutarch (46-120 AD), the library was believed to contain 200,000 volumes. Mark Antony later gave these to Cleopatra as a wedding present, eventually being added to the collection of the library in Alexandria.

Picón Carlos A.  Pergamon and the Hellenistic Kingdoms of the Ancient World