Ellen Lloyd - AncientPages.com - One of the most interesting deities in ancient Egypt is undoubtedly the goddess Neith.

Her unique, complex personality and important responsibilities are the reason why knowledge of her has survived since the Pre-Dynastic Period (c. 6,000-3,150 B.C) when the worship of her started. 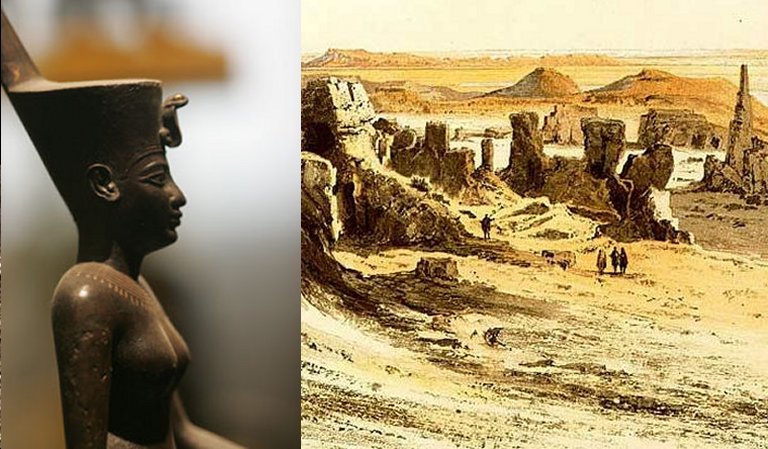 Although many early myths of this powerful goddess are lost, we still possess valuable evidence showing her importance in ancient Egypt. From ancient texts and depictions, it’s possible to gain a good understanding of her role in the Land of the Pyramids, but there are still certain aspects of Neith that are shrouded in mystery.

Neith Was One Oldest And Most Important Goddesses Of Lower Egypt

Goddess Neith was the patron of Sais, a beautiful, very old city that existed in the western Egyptian delta along the Rosetta branch of the Nile River. The temple of Neith in Sais was occasionally called the Temple of the Bee. Some scholars have suggested the cult of Neith in Sais was established by Pharaoh Hor-Aha, who according to ancient Egyptian high priest, Manetho learned Egyptians to worship the gods in a proper fashion and to live in a more civilized manner.

As Ancient Pages mentioned earlier, the history of Sais goes back to Egypt’s Pre-Dynastic times (prior to 3,100 B.C).

Many Egyptologists and historians have suggested that Neith was undoubtedly one of the most important goddesses of Lower Egypt. She was frequently represented wearing the Red Crown of Lower Egypt.

Her connection to Lower Egypt is also confirmed in the Pyramid Texts in which it is written – “May the terror of you come into being… like the Net [Neith]- a crown which is on the King of Lower Egypt.” (PT 724)

However, Neith was not only a creator goddess. She was also associated with warfare and hunting and her emblems consisted of crossed arrows and bows. This is also why she was sometimes referred to as “Mistress of the Bow and “Ruler of Arrows”. As a war goddess, Neith manufactured weapons for warriors and she guarded their bodies when they died. During the Old Kingdom, Neith could appear as a manifestation of the Eye of Ra. 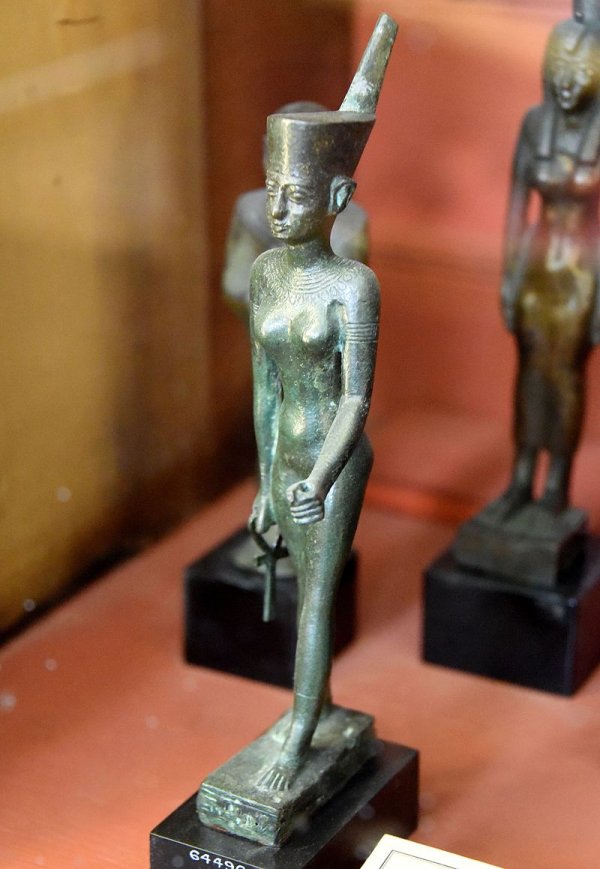 In ancient Egyptian mythology, the Eye of Ra, is a feminine counterpart to the Sun God Ra and a violent force that subdues his enemies. As many readers of Ancient Pages may know, from our article that explains the meaning of several ancient Egyptian symbols, the eye “ is often seen as an amulet in the form of "wedjat-eye". In the Pyramid Texts two “evil eyes” are mentioned, which seal the door-catch.”

An interesting aspect dealing with Neith’s divine duties is her role as a wise counselor. From the Contendings of Horus and Seth, a mythological story from the twentieth dynasty of ancient Egypt, we learn that Neith’s wisdom was a great asset to other gods. She was so wise that even Sun God Ra, the King of the Gods appealed to her for help.

Birth Of Apophis And Fear Of Apocalypse

A curious inscription dating to Roman times has been found in the temple of Khnum at Esna. This intriguing, text informs us that Neith emerged from the primeval waters to create the world before traveling northward to establish her Delta city of Sais. From the same texts, we also learn that goddess Neith created both Sun God Ra and his archenemy Apophis. As mentioned in our earlier article, “Apophis (also known as Apep) symbolized chaos and powers of darkness. This huge and evil snake was feared by the ancient Egyptians who believed that Apocalypse could be brought about by him.”

Ancient Egyptian records reveal the Neith was the eldest, mother of the gods who illuminated the first face. Due to her warlike nature, ancient Greeks made several attempts to identify Neith with Athena, but ancient records do not provide sufficient evidence to state these were the same goddesses.

Neith is also the guardian goddess over Duamutef, one of the Four Sons of Horus who watch over the canopic jars in the tombs. Her power was without ending, or so it seems. She is also said to be the judge of the dead in the Hall of Truth.

In some depictions, we can see the goddess Neith nursing a baby crocodile. She is called the "Nurse of Crocodiles", and it has been suggested that she was the mother of Sobek, an enigmatic crocodile God of ancient Egypt.

Geraldine Pinch - Egyptian Mythology: A Guide to the Gods, Goddesses, and Traditions of Ancient Egypt