A. Sutherland - AncientPages.com - Emanuel Swedenborg (1688 – 1772) was an intellect of a very special kind. He was renowned for his worldly achievements both in the arts and sciences.

Additionally, he had an odd ability to live in both this world and the next, too. Swedenborg was indeed a very strange person. Swedenborg (his original name Emanuel Swedberg, changed after he was granted the title of nobility) was born in Stockholm, Sweden, on January 29, 1688. 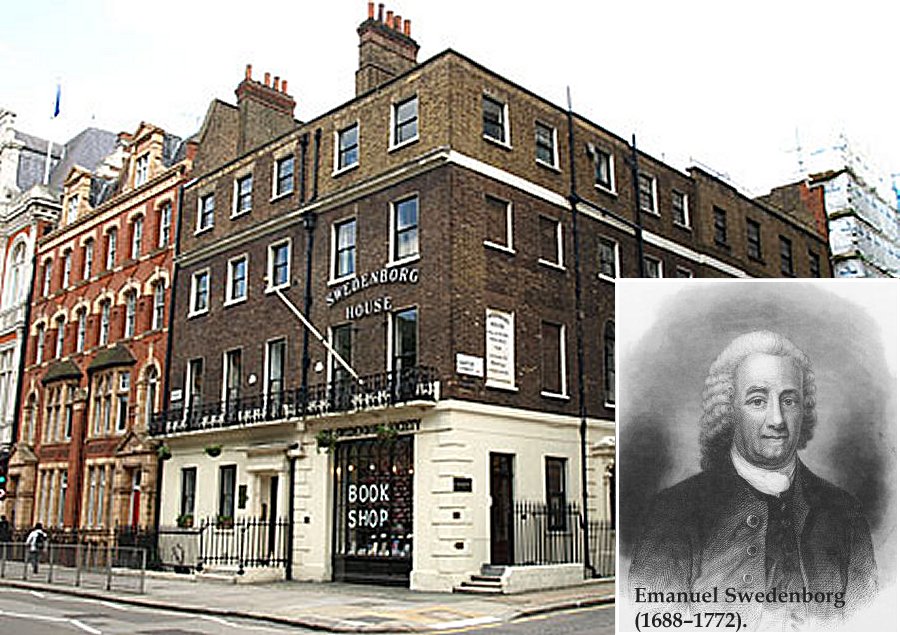 The Swedenborg Society headquarters in Bloomsbury, London house a large library of Swedenborg’s works and holds regular lectures for all interested in his theories and beliefs regarding both this world and the next.

His father was a professor of theology and later became the Lutheran Bishop of Skara, Sweden. The young Emanuel completed his university education at Uppsala in 1710, and then traveled abroad in England, Holland, France, and Germany.

He was a scientist highly skilled in anatomy, mathematics, chemistry and physics.

He was also a psychologist and psychoanalyst, a theologian, a linguist fluent in nine languages and a very competent craftsman in seven arts. Swedenborg was also a skilled metallurgist who devised several new ways of using metal in engineering, mining engineer and creative author of works that were translated into 30 languages.

Swedenborg had also time for gardening, music and poetry.

His career as a scientist, however, came to an abrupt end in 1745, when he received a vocational ‘call’ to become a theologian; even much earlier, he had a particular interest in religious matters and has some mystical experiences – harbingers of things to come.

This man never considered himself eccentric but he was always aware of the existence of his guardian angel.

In 1736, Swedenborg had his first recorded psychical-spiritual experience, which as he expressed, ‘cleared his brain’.

Soon, he began to record his dreams, in which appeared many important symbols; light represented intelligence, hips of rags, soldiers marching past his window and gross thoughts. From his unpublished dream journal it is known that Swedenborg experienced struggle between his independence regarding scientific methods and his growing interest in spirituality. And so, Swedenborg’s first spiritual crisis occurred in April 1744. He began to receive revelation that he was appointed by the Lord to write ‘The Heavenly Doctrine’ to reform Christianity.

According to ‘The Heavenly Doctrine’ the Lord had opened Swedenborg's spiritual eyes, so that from then on he could freely visit heaven and hell and talk with angels, demons and other spirits; and the Last Judgment had already occurred, in 1757.

From 1744 onwards, Swedenborg produced several theological works, of which the most important was ‘True Christian Religion’. 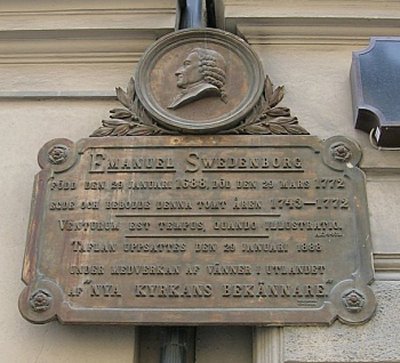 Memorial plaque at the former location of Emanuel Swedenborg’s house at Hornsgatan on Södermalm, Stockholm.

This great scientist, scholar with many extraordinary scientific achievements, claimed to be able to live simultaneously in our world and in the world of spirits.

He was aware of spirits and had a consciousness of being surrounded of them all the time.

Gradually, Swedenborg came in contact with them and could talk with them at will.

Swedenborg was a very unique medium because it was not the spirits who entered his world, but he who entered theirs!

This mostly unusual man developed a number of psychic gifts, including prophecy and precognition.

He was also the so-called ‘direct voice’ medium taking dictations from spirits.

Several his prophecies were fulfilled to the minute. One of Swedenborg’s strange episodes occurred, when he told a man known as Dr. Rosen - who had denied owning one particular book – its exact location on a shelf in Rosen’s loft, where the Swedenborg had never been.

There are many stories about this man’s extraordinary powers. The Swedenborg Society headquarters in Bloomsbury, London house a large library of Swedenborg’s works and holds regular lectures for all interested in his theories and beliefs regarding both this world and the next.

Swedenborg believed that heaven and hell surround us.

He believed that dying is simply the process by which our soul changes its state.

Famous Philosopher Plato: One The Greatest Thinkers Of All Time With Special Interest In The Concept of Soul

The spirit newly arrived in the next world is met by angels and good spirits, however, due to a spiritual gravitation, the spirit is drawn into association  by inner similarities with those with whom it wishes to be, following its own ambitions and delights and thus creating a life similar to its career in the body.

According to Swedenborg, God punishes no one; but evil lusts may be burned away and the damned tortured, yet only in the sense that they restrained from doing the evil they want to do.

Swedenborg’s spiritual cosmology is made up of three heavens and three hells; every inhabitant of these realms, including angels and devils was once a human being because Mankind inhabits innumerable planets besides our own. Swedenborg did not believe in reincarnation.

Contemporaries who met him and knew him, found Swedenborg honest, sensible, sane, kind, very efficient in work he undertook, but somewhat  - reserved.

Many of these contemporaries accepted this extraordinary man and the phenomena as genuine.