A. Sutherland - AncientPages.com - Should you eat the food using five or three fingers? Perhaps you should use a fork? In modern times, we don’t have these thoughts, but this was a dilemma many people had in the past.

When the first forks appeared they caused a sensation, but getting people to use them for eating was not easy. Not only were forks very expensive, but they were also disapproved by the Church and people did not know how to use them. Old etiquette books advised people not to eat soup with a fork. So, one can imagine how confused people must have been when a fork was put on the dining table.

Ancient people ate with their fingers. You could do it the right or wrong way. How many fingers were used for eating was one of the marks that distinguished upper and lower classes.

Most common was to grab the food and eat it with five fingers, but from Roman imes and onward it was considered good manners to eat with three fingers.

In the 1530s, there was even an etiquette book that described the “three-finger rule”. People were reminded of the importance to use the right number of fingers when dining in good society.

Tableware was long unheard of. The use of forks for eating was not anything anyone had considered.

The oldest forks were discovered in Catal Hoyouk, Turkey, Scientists dated the artifacts to the fourth millennium B.C., but researchers concluded it was unlikely the primitive forks were used for eating. It is more likely they were used as ancient tools. In the eighth or ninth century, some Persian nobility may have used a forklike tool. 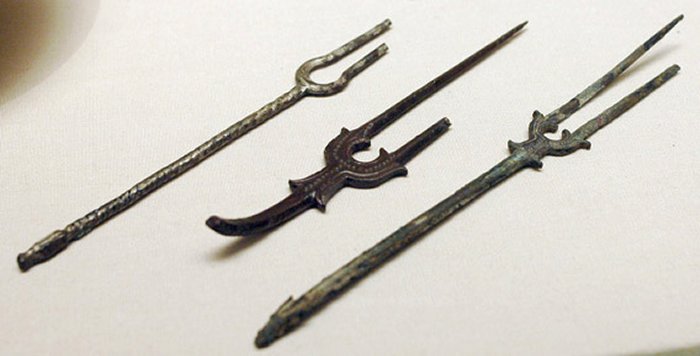 The word “fork” comes from the Latin furca, a farmer’s pitchfork. It was first in the 11th century, Tuscany, Italy for were used for eating.

History Of Eyeglasses: One Of The Most Important Inventions Is Lost To History

Forks were disliked by the Church that argued God had created humans with fingers so they could touch and eat God’s food. The Church’s disapproval did not stop people from producing gold and silver forks that wealthy families in Tuscany wanted to have at the dining table.

The fork was a shocking sensation for at least a hundred years.

Before being murdered, Thomas Becket, Archbishop of Canterbury introduced the fork to England and King Henry II, but Englishmen were not impressed, and sometimes even suspicious.

According to some legends, noblemen at the court used the forks for dueling. Whether this is true or just a myth, is not known.

What is historically confirmed is that the fork was an expensive, decorative curiosity from Italy and few could afford it. 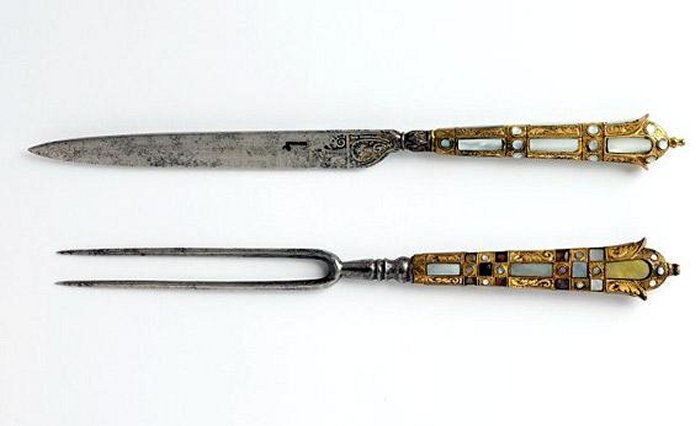 Steel French forks dating from the late 1500s to the early 1600s, with mother-of-pearl and beads. Image credit: V&A Museum

King Edward I owned thousands of royal knives and hundreds of spoons, but only seven forks. Six of these were made of silver and one was of gold. 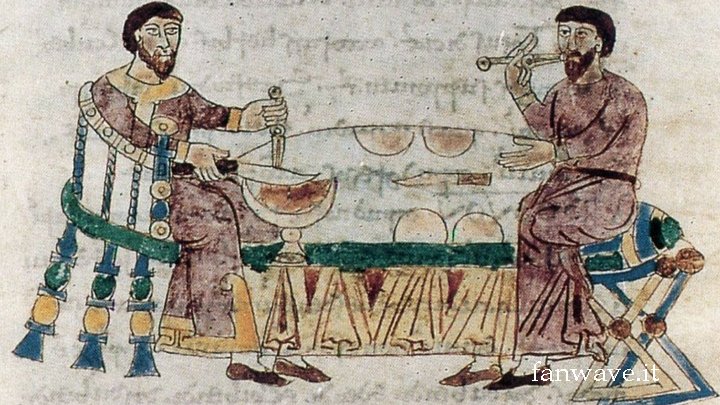 Forks were not easily accepted in Europe. They were expensive, often ridiculed and many had no idea how and when to use them. In popular etiquette books advice was given “Do not try to eat soup with a fork”.

It was not until the 18th century that forks became accepted at the dining table. More and more families, even from the poorer classes owned forks.

Today we find it hard to imagine we can eat dinner without a fork, but not so long ago the situation was much different.

Wilson B. Consider the Fork: A History of How We Cook and Eat