Ellen Lloyd - AncientPages.com - Capoeira is an ancient martial art that is unusual because it resembles more dancing than fighting. Capoeira was originally invented hundreds of years ago in Brazil by West African descendants.

Runaway slaves had to find a way to defend themselves against attackers, and that’s when Capoeira was born. Capoeria was banned, due to its “dangerous nature”. As a result practitioners disguised it as a dance by which it lives on today. 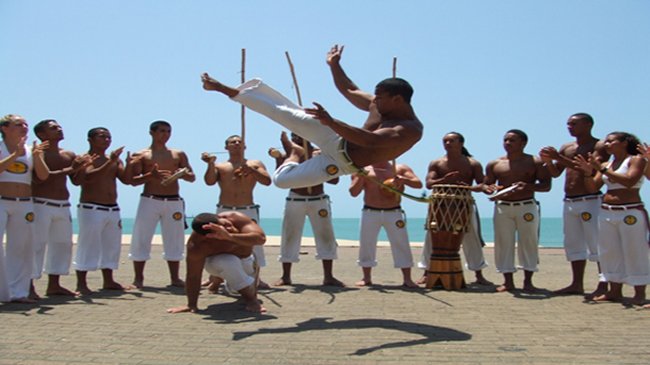 Capoeira became a symbol of hope and resistance to oppression, as well as a source of pride to Brazilian people.

Tracing the history of Capoeira takes us to the 17th century and the beginning of African slavery in Brazil. It was a time when Portuguese colonists began exporting slaves to their colonies. Most of the slaves originated from West Africa. Brazil, with its vast territory, received most of the slaves, almost 40% of all slaves sent through the Atlantic Ocean.

Life for the slaves was difficult. They lived in ghettos where conditions were horrible. The poor slaves were forced to work hard and often suffered physical punishment for small misbehaviors.

Although slaves often outnumbered colonists, rebellions were rare due to lack of weapons, harsh colonial law, disagreement between slaves coming from different African cultures and lack of knowledge about the new land. All this together, discouraged the slaves from launching a rebellion. 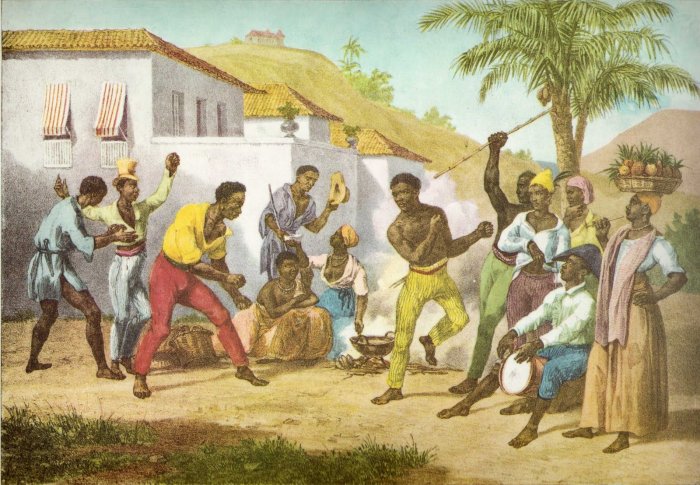 Capoeira or the Dance of War by Johann Moritz Rugendas, 1825, published in 1835

But then one day, the ancient martial art we today call Capoeira was born. It became a symbol of hope and tool of survival for slaves who escaped.

Slaves how managed to escape, gathered together and established so-called quilombos, primitive settlements in far and hard to reach place.

The largest of these settlements was Quilombo dos Palmares, located in the state of Alagoas. It consisted of many villages which lasted more than a century. Quilombo dos Palmares had remarkable Capoeira fighters who managed to resist at least 24 small attacks and 18 colonial invasions.

Portuguese soldiers sometimes said that it took more than one dragoon (mounted infantry) to capture a quilombo warrior, since they would defend themselves with a strangely moving fighting technique. The provincial governor declared it is harder to defeat a quilombo than the Dutch invaders. 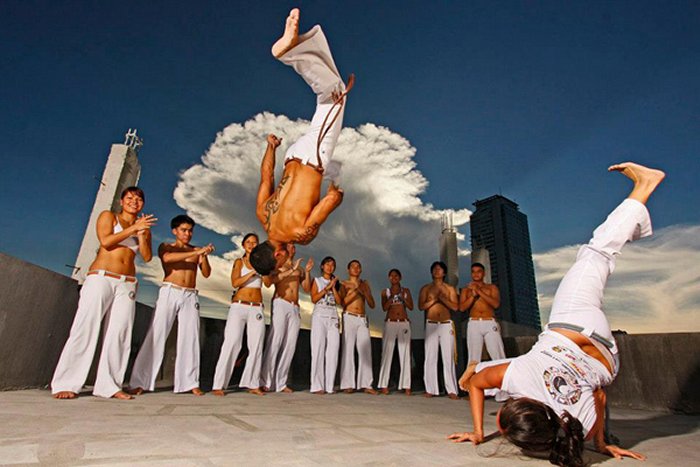 Capoeira is an ancient martial art that is unusual because it resembles more dance than fighting.

By the end of the 19th century slavery came to en end in Brazil. This became a social problem because many free slaves had no jobs. Some started to use their knowledge of Capoeira in unconventional ways. Criminals and war lords used capoeiristas as body guards and hitmen. Groups of capoeiristas, known as maltas, raided Rio de Janeiro.

In 1890, Brazilian authorities banned Capoeira because of its dangerous nature. People who practiced Capoeira would be arrested, tortured and often mutilated by the police.

This did not stop the ancient martial art that became disguised as a dance and is still practiced today. Skilled capoeiristas can even disguise an attack as a friendly gesture. Knowledge of the this unusual ancient martial art spread and nowadays is not only a martial art, but an active exporter of Brazilian culture all over the world.