A. Sutherland - AncientPages.com - The Helm of Awe is one of the most powerful protective Viking symbols used not only for the purpose of protection from disease, but even to encourage all people who might suffer from depression or anxiety.

In Norse myths it is said that the Helm of Awe symbol was worn between the eyes to cause fear in your enemies, and to protect against the abuse of power. 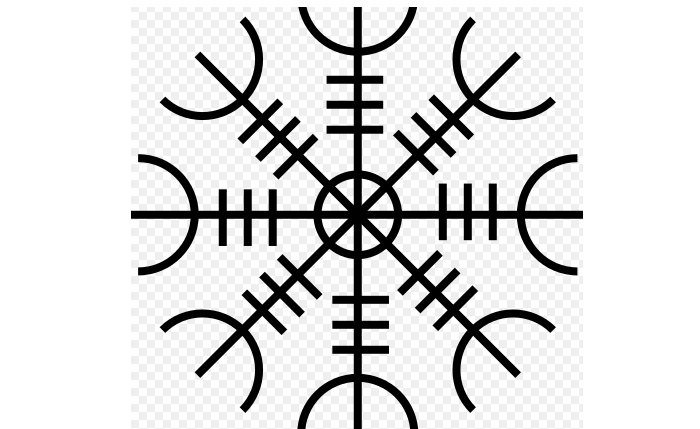 The Norse word for this very important symbol (Ægishjálmr or Aegishjalmur) is translated in English "helm of awe" or "helm of terror." The meaning of the name awe is to strike with fear and reverence; to influence by fear, terror or respect; as, his majesty awed them into silence.

The name ‘Aegishjalmur’ is derived from Aegir (Ægir in Old Norse "sea"), the god of the ocean of Jotunheim, the land of the frost giants and one of the nine realms of the ash tree, Yggdrasil.

In the Poetic Edda, the Helm of Awe is mentioned when the shape-shifting dragon, Fafnir, claims to possess the power of invincibility that originates from the mysterious Helm of Awe symbol:

The Helm of Awe

I wore before the sons of men

In defense of my treasure;

Amongst all, I alone was strong,

I thought to myself,

For I found no power a match for my own.

In Poeticl Edda, it is referred to as the helmet of a horror, but it does not have a form of helmet at all. The symbol rather invokes the ultimate protection of the wearer of this symbol, when it is inscribed on his/her forehead. 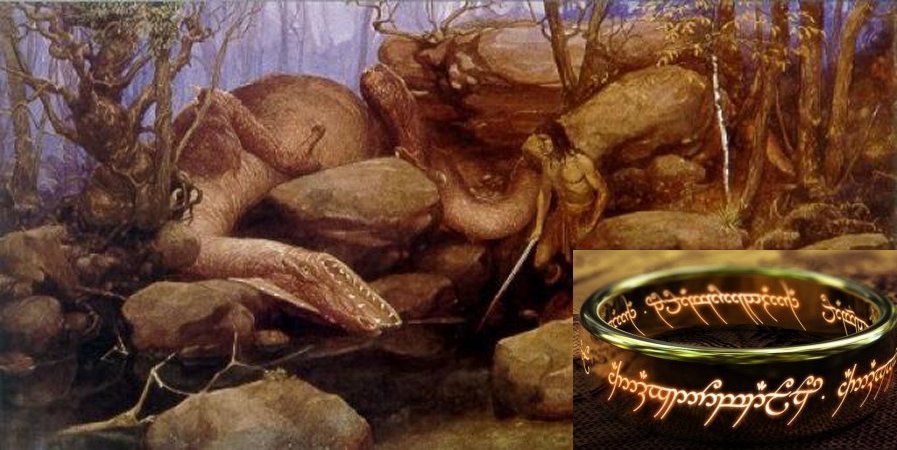 The symbol is also mentioned in Völsunga Saga and  the poem “Fáfnismál”, an Eddic poem, found in the Codex Regius manuscript.

According to ancient beliefs, the Helm of Awe does not only gives physical protection but also spiritual and mental strength to conquer one’s own fear. Then, it’s time to cause fear in the hearts of enemies who threaten the wearer of the Helm of Awe.

The symbol also helps to control and guards a person person against abuse of his own power.

The power of the Helm of Awe was believed to have been most efficient when the symbol was inscribed (also on the inside of the helmet) with either blood or the wearer's spit.

In the Viking Age, warriors would wear the symbol between their eyebrows as a sign of strength in battle, believing, like the dragon Fafnir, we mentioned earlier, that it would grant them victory in battle.

It was believed that the circle in the center of the symbol would symbolize the protection of those bearing the Helm of Awe.

Some believed that the center circle in the symbol would represent one's soul. if you are interested in Viking symbols, here are: 10 Viking And Norse Symbols Explained