AncientPages.com - A new type of foot soldiers emerged around 800 BC in Greece, in times when the country was still recovering after the fall of Mycenaean civilization around 1200 BC.

These new soldiers, usually farmers, who owned small (about ten acres) pieces of land, were included in the Greek police forces. 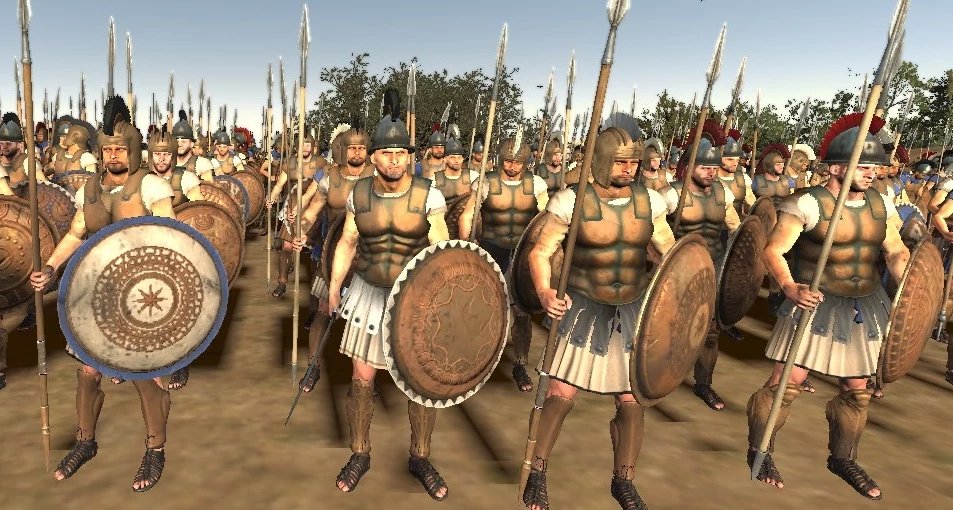 These farmers were important citizens of the country because - as one strong group - they decided the laws that ruled the communities and jointed together to fight in the tines of war.

They were called hoplites and each member was known as a hoplite warrior. His name originated from the round shield or “hoplon” the soldier carried. The hoplon was three feet (approximately one meter) in diameter.

According to the rules, each farmer-warrior had to buy his own armor, which included a helmet, a breastplate (or corselet) 1.3 cm thick and usually made of bronze. His armor also included greaves made of leather or bronze, and the round shield.

Additionally the hoplites carried a long bronze-headed spear designed for thrusting. In case, the hoplite’s spear was broken, the warrior relied on his short sword.

Some hoplites also carried a javelin, a light throwing spear.

What was the weight of the hoplite’s armor?

In total, such armor was very heavy, weighing up to 34 kg, which certainly made it very difficult for the hoplite to maneuver during the fight. 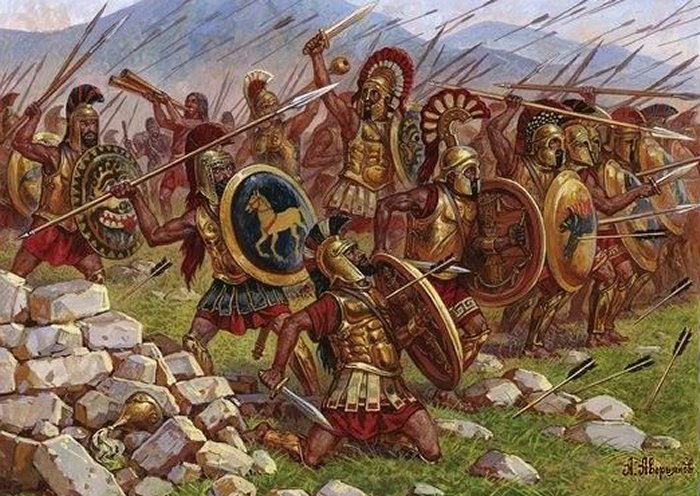 However, the hoplites were very well-organized and had ability to fight in close formations.

Usually, the hoplite warriors formed two columns against opponents and the column that broke first – lost the fight.

For larger clashes that required more fighters, there was formed the so-called phalanx, consisting of several columns from eight to 36 soldiers.

Where Does The Expression “Pyrrhic Victory” Come From?

With raised shields and bristling of spears the phalanx formed a very tight unit that could easily frighten the individual soldiers on the other site. The phalanx pushed forward stabbing with spear or sometimes sword, until it finally broke the enemy line. The bronze armor of the hoplite (although very heavy) could successfully withstand most of the blows coming from the enemy side.

Most casualties among the hoplites were caused by trampling by companions or when a soldier unfortunately lost his footing during the fight or sometimes when some hoplite warriors mistook their companions for the enemy.

Hoplite warriors were an important part of Greek warfare into the fourth century BC until Philip II of Macedonia (382-336 BC), father of Alexander III the Great introduced a new warfare style composed of corps of archers, mounted cavalry, javelin throwers and slingers (who were later common all over the world).