A. Sutherland - AncientPages.com - In the first part of Snorri Sturluson's Prose Edda, "Gylfaginning" we find a story how the Aesir gods built the walls around their home, Asgard.

After the first and last war with the Vanir gods, the Aesir did not feel entirely protected so they decided to build a fortress, strong enough to resist or withstand attack. 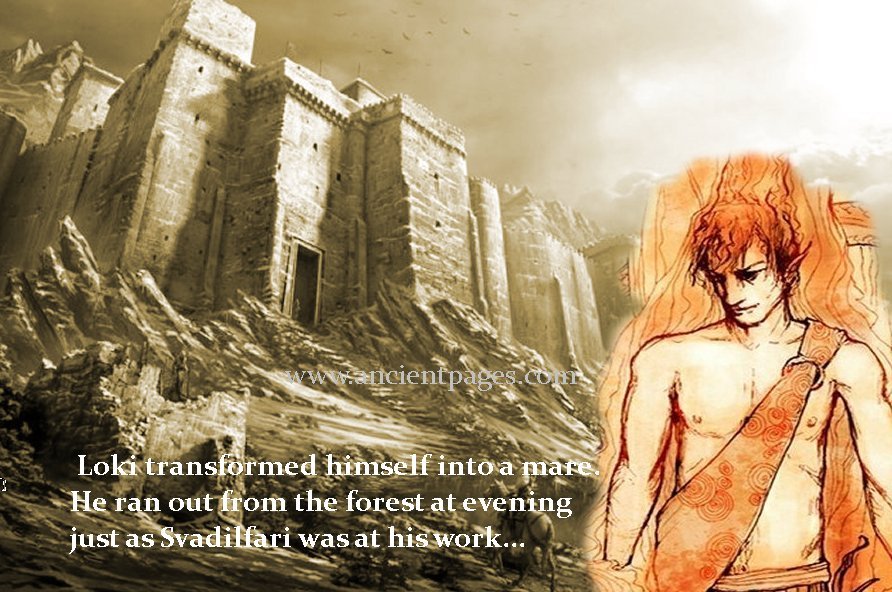 While they were planning how this could be done, an unknown giant and architect appeared at the gates of Asgard, with an offer to undertake the construction.

​​It was a perfectly fitting moment for the trickster god, Loki to come up with a brilliant idea of creating a giant who could construct suitable fortifications.

The gods, armed, ran out to confront him but the giant stranger wasn’t interested in fight; he came with a proposition. He declared that construction works would be completed in 18 months but on one condition.

For his fee, the unknown builder demanded the hand of the goddess Freya and he would also additionally take the Sun and the Moon.

The gods didn’t like these demands but the giant builder didn’t change his mind. Most angry of them all was Odin, who declared he would never part with Freya or with the Sun and the Moon.

In this situation, Loki once again came up with an idea. He advised the Aesir gods not to be too hasty and rather reconsider his own plan. 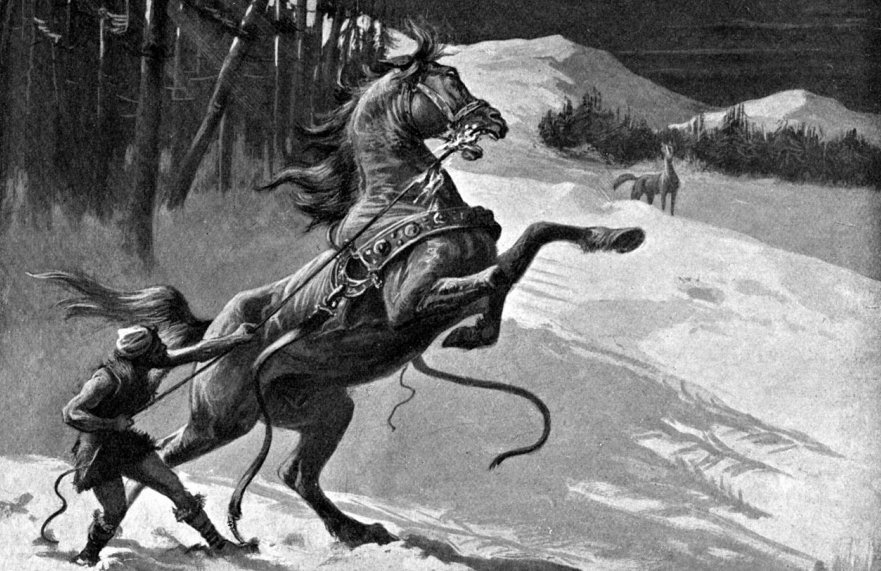 Loki and Svadilfari (1909) by Dorothy Hardy.

Loki suggested that if they could get the giant to promise to build the walls during a single winter and finish before springtime, they would have nothing to fear. They could all feel much more secured because it was practically impossible for anyone to complete the works so quickly.

Surprisingly, the giant builder agreed to make the job done, with no other assistance than that of his horse Svadilfare. The support of the magical horse was invaluable and they immediately set to work hard and fast. Heavy blocks of stone were transported by night and the fortification was built during the day. The works progressed rapidly and the gods began to feel slightly anxious. At no price were they prepared to give Freya, the Sun, and the Moon to the giant.

The builder was almost ready with his job three days before the end of the period.

Once again, they ordered Loki to find a better solution because his bad advice was the cause of their trouble. They threatened him with death and Loki had to find a way out of their difficulties and he did.

Loki was not only active as the trickster but also as a shapeshifter; he could easily change his appearance to a woman, a man or an animal.

Using his extraordinary skills to lure the black stallion and distract him from the work, Loki transformed himself into a mare. He ran out from the forest at evening just as Svadilfari was at his work.

The wonderful magical Svadilfari broke loose and followed the mare into the woods, where the two horses spent the night together until the night was almost gone, and it was no longer possible to finish the construction works. 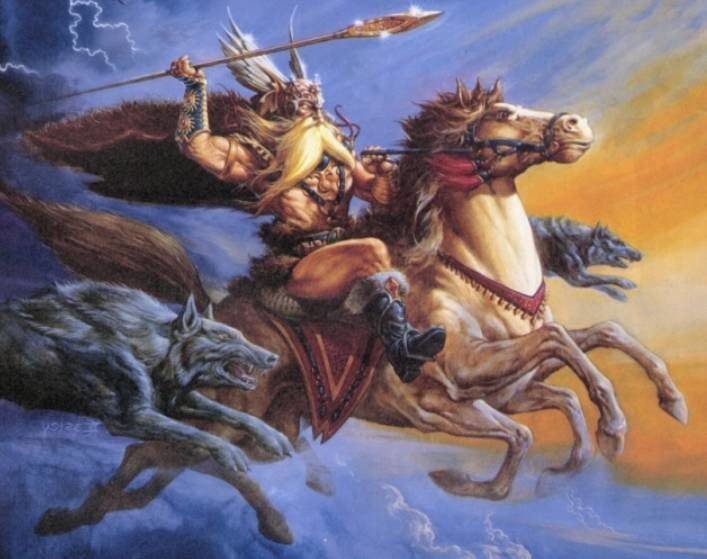 The giant builder was unable to complete the job himself without his stallion.

Next day, there was the end of winter and the walls of Asgard were not entirely completed. The giant builder lost his payment and was slain by the thunder god, Thor, the goddess Freya saved herself from the marriage.

Also Loki had an experience to remember forever. While disguised as the beautiful mare, Loki became pregnant and gave birth to an eight-legged gray foal – Sleipnir - after a few months.

Sleipnir was given to the supreme god Odin and became his one and only wonderful horse.