Ellen Lloyd - AncientPages.com - The Sator Square is an ancient magical word puzzle that fascinates historians and scientists. It was first discovered at the end of the nineteenth century in the ruins of Pompeii in southern Italy.

Experts cannot determine whether the people who invented this enigmatic square 2D palindrome were Christians, Jews or perhaps Pagans. 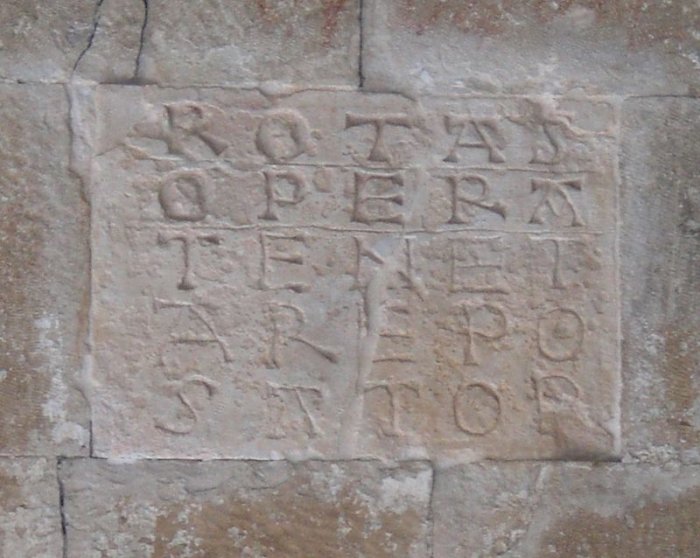 Like many other magical squares, the Sator square uses letters instead of numbers. The square contains a five-word Latin palindrome:

The text can be read top-to-bottom, bottom-to-top, left-to-right, or right-to-left; and it may be rotated 180 degrees and still be read in all those ways.

It has been suggested that Sator Square was used as a protection symbol against evil forces, like the Hamsa or the Nazar amulets that protect against the Evil Eye.

Is the Sator Square really of Christian origin? According to Nicolas Vinel, Doctor in Greek Studies, University of Clermont-Ferrand, France “the Christian hypothesis was disputed by those who considered it improbable that Christians had created such a cryptogram at the time and even that a Christian community had ever existed in Pompeii. The Jewish hypothesis was then considered because there were already several important indications of a Jewish presence in the city” of Pompeii.

The sentence is written in Latin: "Sator Arepo Tenet Opera Rotas" has been the subject of speculation and researchers cannot agree on its translation. One of the five words written on the square is unusual.

The word Arepo mentioned on the square appears to be the name of a person, perhaps of Egyptian origin. The most common translation of the text is: "The farmer Arepo has [as] works wheels [a plough]".

It is puzzling that similar representations of the Sator Square have been found in other parts of the world. For example in Närke and Gotland in Sweden, this phrase has been discovered on rune stones.

On the runes, we find the phrase “sator arepo tenet". Obviously, knowledge of the palindrome spread across the world and the meaning of this mysterious word puzzle must have been important to our ancestors. The Sator Square has also been found in Syria, France, Portugal, United Kingdom and other places in Italy. 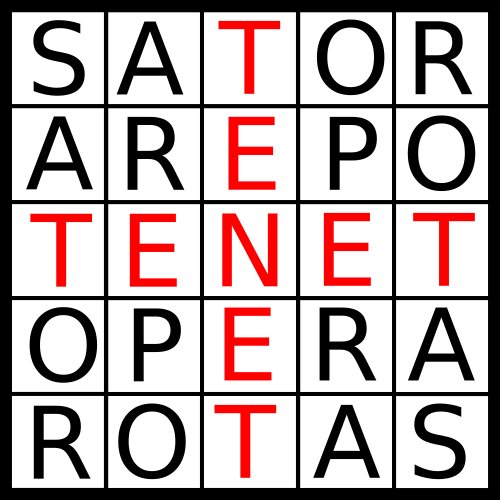 Some people have attributed magical properties to the Sator Square, but its origin remains unknown. Vinel points out that “in the field of ancient mathematics on the subject of squares, today referred to as “magic.”, these were known before the Christian era in China and several centuries later in India, but they had been believed to have been absent from the Greco-Roman tradition until the fourteenth century when a Byzantine opuscule explicitly treated the subject.”

The problem with the words written on the square is that we encounter them in various ancient sources. For example, the shepherds of the Nativity story are called Sator, Arepon and Teneton. A Byzantine Bible of an earlier period conjures out of the square the baptismal names of the three Magi, Ator, Sator, and Peratoras. This suggests the Sator Square is closely linked to Christianity, but there are those who disagree, because, as previously mentioned Pompeii did not have a large Christian community. 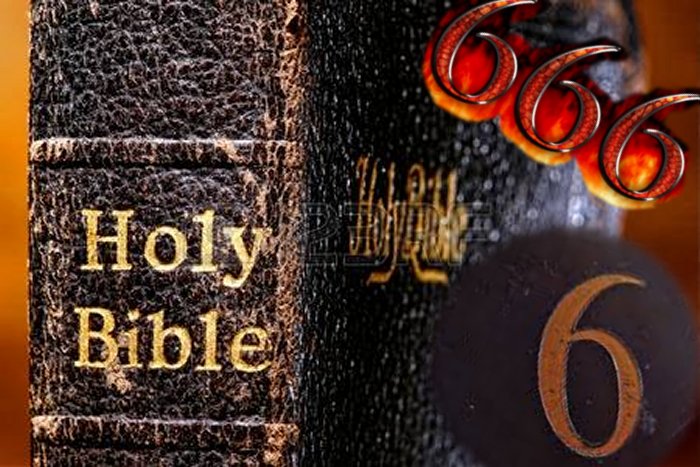 Read about the meaning of number 6.

It has also been speculated that the Sator Square is full of secret codes. Hoping to shed more light on this mysterious ancient palindrome, many have tried to decipher these codes, and some curious discoveries have been made.

For example, when the letters are translated into Greek and assigned numbers from the word Tenet, we get the number 666, which is the Number of the Beast in the Bible. As previously mentioned on Ancient Pages, number 6 has symbolic significance in ancient cultures.

The true meaning of the Sator Square remains a mystery, but it has been an important palindrome because it was used on doors in many European countries during the Middle Ages.