A. Sutherland - AncientPages.com - Pharaoh Merneptah was Ramesses II’s 13th son. He succeeded his father when he was in his early sixties and reigned for ten years between 1213 B.C – 1203 B.C.

Greatly overshadowed by his dominant and long-lived father, Merneptah never had a chance to become a famous pharaoh and he was almost unknown for most of his life. Yet, many Egyptologist believe that Merenptah was probably the real power behind the throne in the last decade of Ramesses II's life.

In modern times, Pharaoh Merneptah has become famous for his extraordinary giant sarcophagus and unique Victory Stele that offers the oldest evidence for the existence of Israel in the land of Canaan. However, some scholars disagree on this subject and say they have found even older evidence containing hieroglyphic that mentions Israel.

Information about his military campaigns is documented on three great ancient inscriptions, including 80 lines on a wall in the Temple of Amun at Karnak, a large stele with 35 readable lines from Athribis in the Delta and the great Victory Stele from his ruined mortuary temple at Thebes, with 28 lines.

Pharaoh Merneptah’s Victory Stele And Its Connection To Ancient Israel

Found in 1896, the Victory Stele became of great interest to Biblical scholars. Written in hieroglyphs, the text on the stele reads: "Canaan is plundered with every evil way. Ashkelon is conquered and brought away captive, Gezer seized, Yanoam made nonexistent; Israel is wasted, bare of seed."

The ancient Egyptian inscription dates to about 1205 B.C. and recounts the military conquests of the pharaoh Merneptah. The Hebrews had conquered the land of Canaan around 1400 B.C.

Israel must have been of great importance to pharaoh Merneptah because the wanted to memorize his victory.

The discovery of the Stele of Pharaoh Merneptah led many scholars to believe this was the earliest mention of Israel. 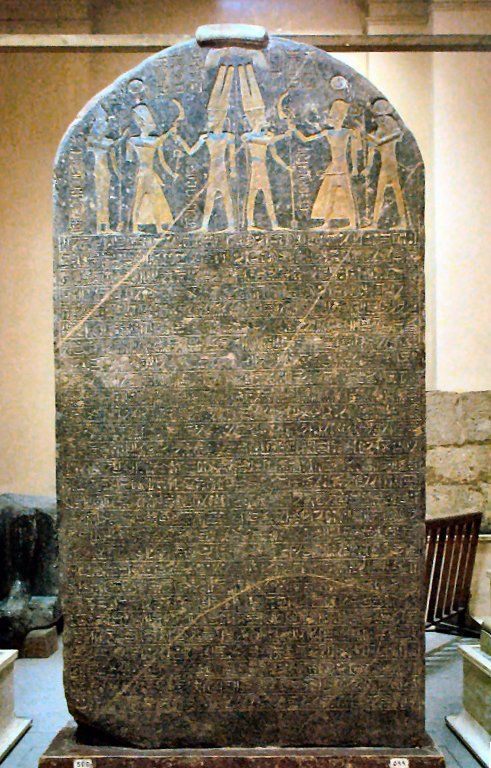 However, Egyptologists and Biblical scholars Manfred Görg, Peter van der Veen and Christoffer Theis suggest that there may be an even earlier reference to Israel in the Egyptian record.  In the Egyptian Museum of Berlin, Görg found a broken statue pedestal containing hieroglyphic name-rings.

A study of the ancient Egyptian artifact revealed that one of the name-rings should be read as “Israel.” Not all Biblical scholars agree with this interpretation, but if Görg is correct that the Egyptian statue in the Museum of Berlin is the oldest discovered reference to Israel. The inscription examined by Görg is dated to around 1400 B.C.E.—about 200 years earlier than the Merneptah Stele.

Pharoah Merneptah’s Huge Sarcophagus - The Largest Ever Discovered In Egypt

Pharaoh Merneptah may not have been a famous ruler, but he certainly did receive an extraordinary burial box decorated with illustrations from Egyptian books of the afterlife that describe the sun god’s journey into the realm of the dead.

Some years ago, archaeologists discovered the largest ancient Egyptian sarcophagus in a tomb in the Valley of the Kings. It belonged to Pharaoh Merneptah. 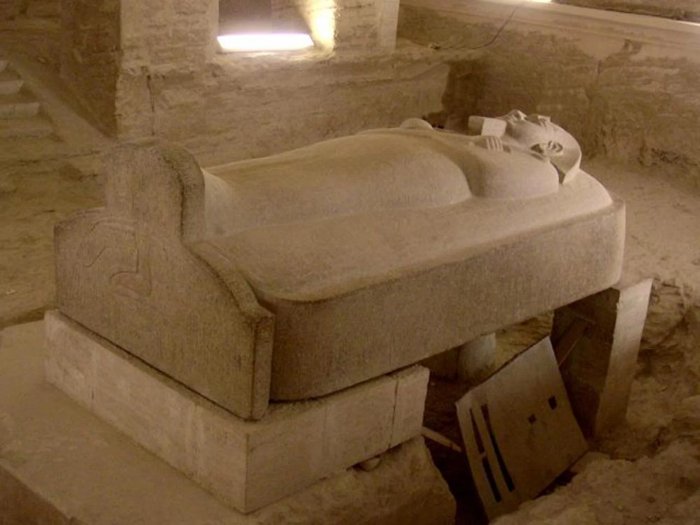 The lid of the second sarcophagus bearing an image of Merneptah. This would have been completely enclosed by the outer sarcophagus box and lid. Credit: Public Domain

He was buried in four nested stone sarcophagi!  According to researchers and conservators at the Royal Ontario Museum in Toronto, Pharaoh Merneptah’s mummy was placed within a series of four nested sarcophagi, the outermost of which measures 13 feet long, 7 feet wide and more than 8 feet tall.

Project director Edwin Brock, a research associate at the Royal Ontario Museum in Toronto explained that the sarcophagi box was so large, that workers could not get it through the door. Ultimately, they had to destroy the chamber's door jams and build new ones. Evidence of this can be seen on the holes in the entrance shaft to the tomb that indicates a pulley system of sorts, with ropes and wooden beams, workers must have used to bring the sarcophagi in. 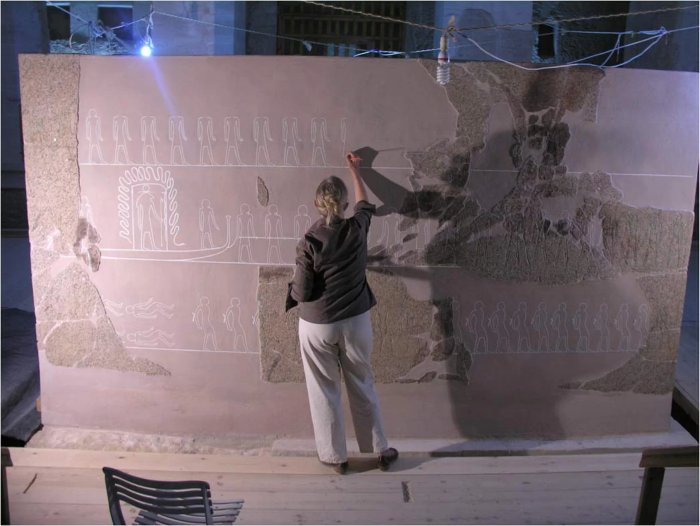 According to Biblical Archaeology Review, “when Brock examined the tomb remains in the 1980s, fragments of the two outer sarcophagi were simply piled up in a side chamber. The two granite boxes had been smashed to pieces in antiquity following a tomb robbery more than 3,000 years ago. At that time, Merneptah’s mummy was reburied, and the second inner sarcophagus was reused by a later ruler. The third sarcophagus was topped with an oval cartouche-shaped lid depicting Merneptah. Only a third of the outermost sarcophagus remains (in fragments), but its lid is intact.”

Why was Pharaoh Merneptah, who was by no means, not a famous ruler put to rest in such a large sarcophagus? This is a question no-one has yet been able to answer. For some reason, pharaoh Merneptah’s burial boxes were far more elaborate than both his father’s and his grandfather’s—each of whom were buried in a single travertine (limestone) sarcophagus.

Scientists suggest it’s possible that Merneptah needed a box with large surfaces to depict the extensive ritual illustrations and magical spells that are repeated numerous times across the four sarcophagi.