A. Sutherland - AncientPages.com - Thousands of years ago, a god-like race known as Tuatha de Danann came ‘out of heaven’ to Ireland. They brought with them four magical treasures that are mentioned in early Irish literature.

Some sources also state the Tuatha de Danann brought the treasures from the Celtic Otherworld. 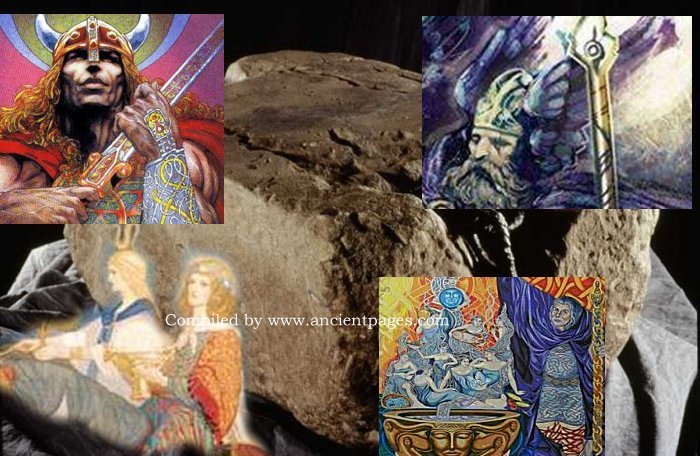 Later tradition stated that the four treasures were brought from Murias, Falias, Gorias and Findias, the Tuatha's great cities. Each and one of the sacred items was unique, identified with an element and possessed magical powers. 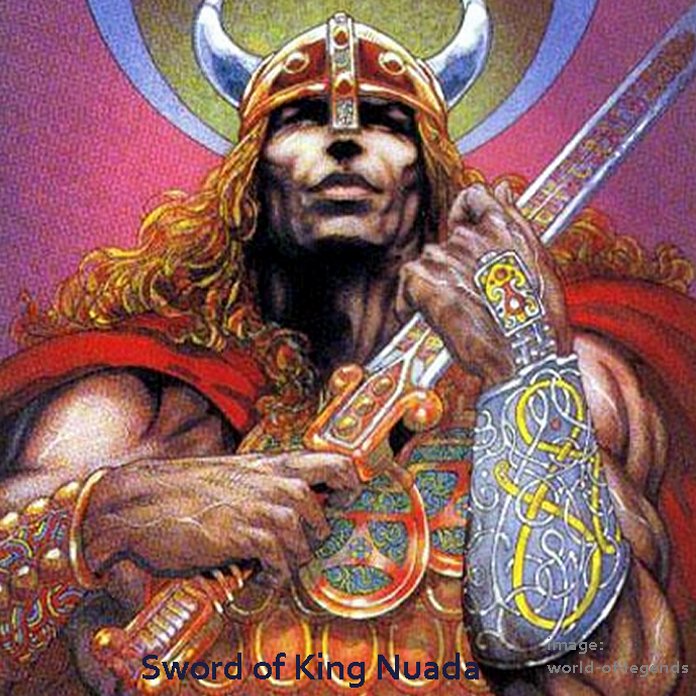 According to a late medieval Irish manuscript, "Yellow Book of Lecan" (1391 and 1401), the four treasures were: the Stone of Destiny (or the Stone of Scone), the Spear of Lugh, the Sword of Nuada and the Cauldron of the Dagda.

Lia Fail  - The Stone of Destiny

The Stone of Destiny, rather widely known today as the Stone of Scone, was believed to have been brought from the island of Falias. According to a Celtic legend, the stone was once used as a pillow by the patriarch Jacob, in biblical times. While Jacob was resting at Bethel in Israel, he beheld a vision of angels.

From the Holy Land, the Stone of Destiny made its journey to Egypt, Sicily, and Spain and finally about 700 BC, it reached Ireland, after which it was set up on the Hill of Tara, where the kings of Ireland were crowned. It was said to roar when the rightful monarch stood on it. Over many centuries, the stone has been closely associated with the coronations of the monarchs  of Scotland, England and Ireland. 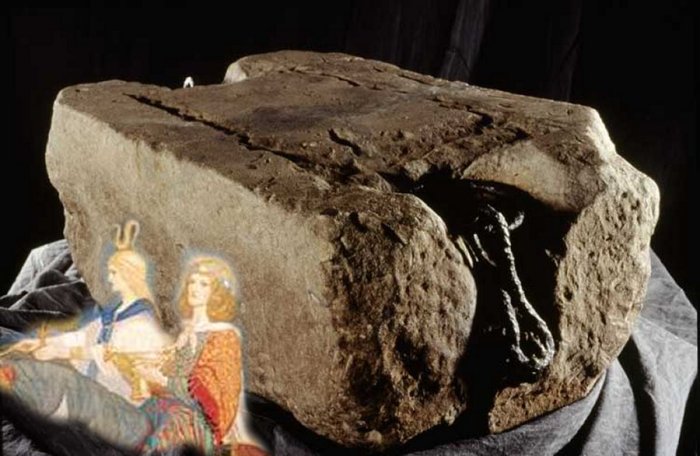 An ancient prophecy says that wherever the stone was, a king of the Scotic (i.e., Irish-Milesian) race should reign. The stone was removed to England by Edward I. in 1297, and never came back to Ireland. Instead it is now the Coronation Stone in Westminster Abbey. But the prophecy has not been falsified in any way since through the Stuarts and Fergus mac Erc, the descent of the British royal family can be traced from the historic kings of Milesian Ireland.

The second treasure of the Danaans was the invincible sword of Lugh of the Long Arm and it came from the city of Findias. It was also called the “Spear of Victory” and it was identified with fire. It had properties similar to the Sword of King Nuada – when thrown, it momentarily hit its target.

The spear was blazingly hot, and it became hotter the longer it was used. It was stored in a vat of water at night to keep it from catching fire and scorching the earth.

The Lugh of the Long Arms (sometimes, “Long Hands” or even “Artful Hands”) was the Celtic sun god who possessed this weapon. The god Lugh (“light” or “bright”) was associated with crafts and smiths, who worked with fire, were considered to have magical powers. 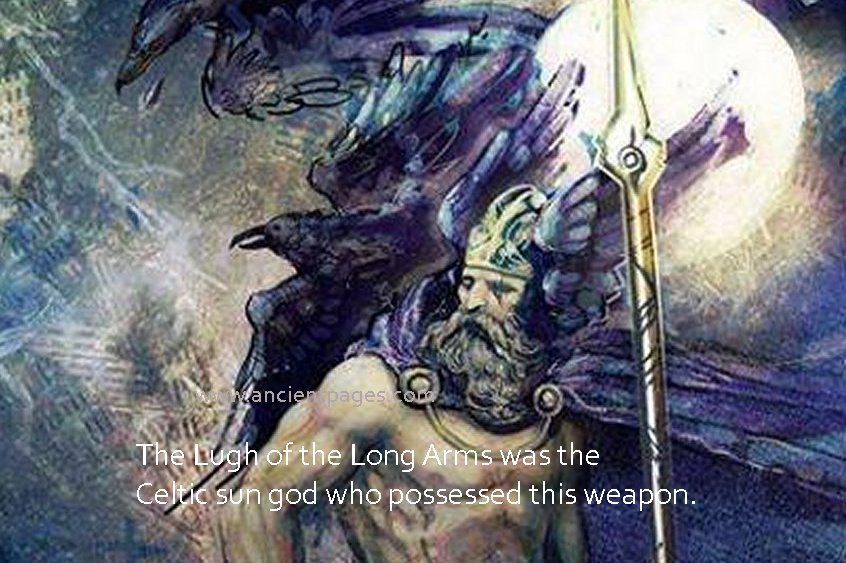 The goddess Brigid was also associated with crafts, and the Celts kept a sacred fire burning for her.

This magical weapon, known as the "Sword of Light" is also one of the lost Four Treasures of Tuatha de Danann. It was made in the northern city of Gorias, one of Tuatha de Danann's legendary cities, ruled  by a master of wisdom, Uiscas, who was crafted the sword.

The sword  was brought to Ireland by King Nuada of the Tuatha de Danann, who became famous when he led his people in the Battle of Moytura (Cath Maige Tuired, meaning ‘the plain of pillars/ towers’) against the Fir Bolg, who ruled Ireland at the time. We do not know the true meaning of the magical "Sword of Nuada"  but based on some interpretations and the sword's obvious abilities (stabbing, cutting, slicing) , it may symbolize justice, law, truth and punishment to Ireland’s enemies at the time of conflicts.

Also the sword's light or shining can be considered as "enlightenment, illumination in other words:  sacred wisdom and knowledge.

The Cauldron of the Dagda

Celtic myths and legends mention many magic vessels. One known as the "Cauldron of the Dagda" was a magical vessel that never ran dry because it was bottomless. It provided never-ending supply of food and drink to all who deserved it.

The vessel had also another ability; it could  revive dead warriors.  Therefore, it served as a tool to provide rebirth and regeneration. The Cauldron of Dagda - made in the city of Murias - was one of the special attributes of Dagda - "Good God" (also "Great Father' and the "Mighty One of Knowledge". Dagda was considered the greatest of the Irish gods.

The cauldron was the fourth treasure of Tuatha de Danann.