Ellen Lloyd - AncientPages.com - When and where people started to wear clothes, is still uncertain. However, there is evidence that clothes were invented a very long time ago, as far back as 100,000 to 500,000 years ago.

According to anthropologists, the first clothes were made from natural elements.

When people migrated to new climates, there was a need to protect the body from cold, heat, and rain and this led to the invention of clothing. 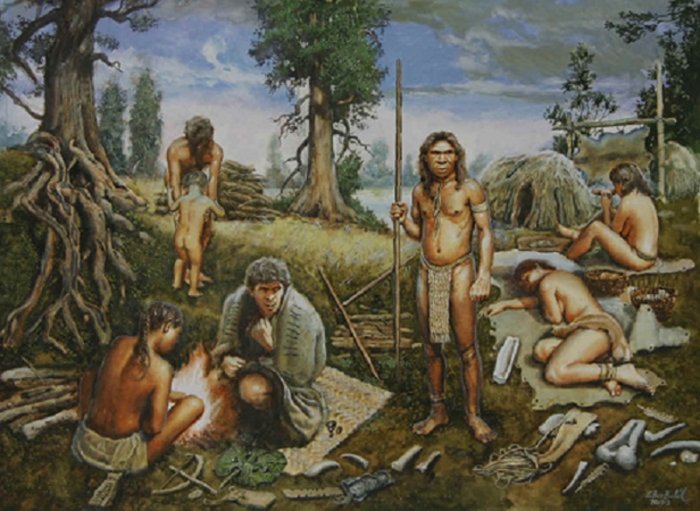 Scientists think that the first form of sewing was probably tying together animal skins using thorns and sharpened rocks as needles, with animal sinew or plant material as thread. In time, this also led to the development of first sewing needles which were created with the help of bones.

The oldest bone needle dates to 61,000 years ago and was discovered in Sibudu Cave, South Africa. While excavating in the Denisova Cave in the Altai Mountains, Siberia, Russia scientists found a bird bone needle that is at least 50,000-year-old, but it wasn’t made by Homo sapiens. It was made by the long-gone Denisovans - named after the cave. The prehistoric bone needle offers evidence that the Denisovans were more sophisticated than previously thought.

A similar bone needle dated to the Aurignacian age (47000 to 41,000 years ago) was found in Potok Cave in the Eastern Karavanke, Slovenia.

In a prehistoric cave in the Republic of Georgia, archaeologists found evidence of dyed flax fibers dating back to 36,000 B.C. The first evidence of weaving was found in Dolni Vestonice in the Czech Republic in the form of impressions of textiles and basketry and nets on pieces of clay and is 27,000 years old. 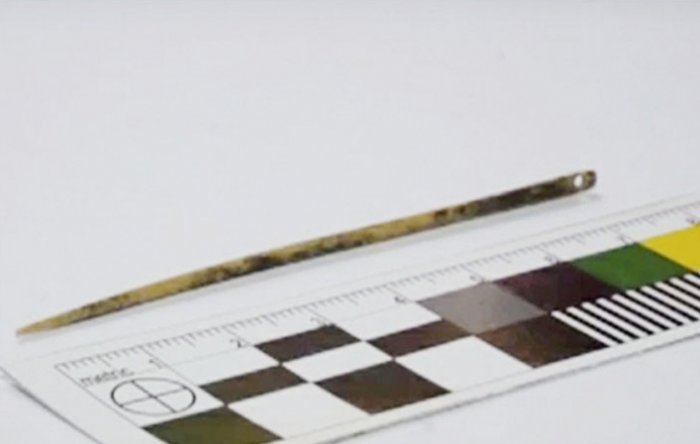 A 50,000-year-old bird bone needle made by the Denisovians. Credit: Vesti - Siberian Times

The very early history of clothing became even more informative when the famous 25,000-year-old Venus figurine was discovered in southern France in the Pyrenees. It depicts a woman wearing a cloth or twisted fiber skirt. Other Venus figurines are decorated with basket hats or caps, belts, and a strap of cloth.

Clothing and textiles have been important in human history. The first clothes were very primitive, textile production has continually evolved.