Ellen Lloyd - AncientPages.com - The Tuxtla statuette is a strange ancient artifact left by a culture we still know very little about. Who was this bullet-shaped being with wings wearing a duckbill mask? Is the undeciphered script on the statuette some charm or magical incantation? 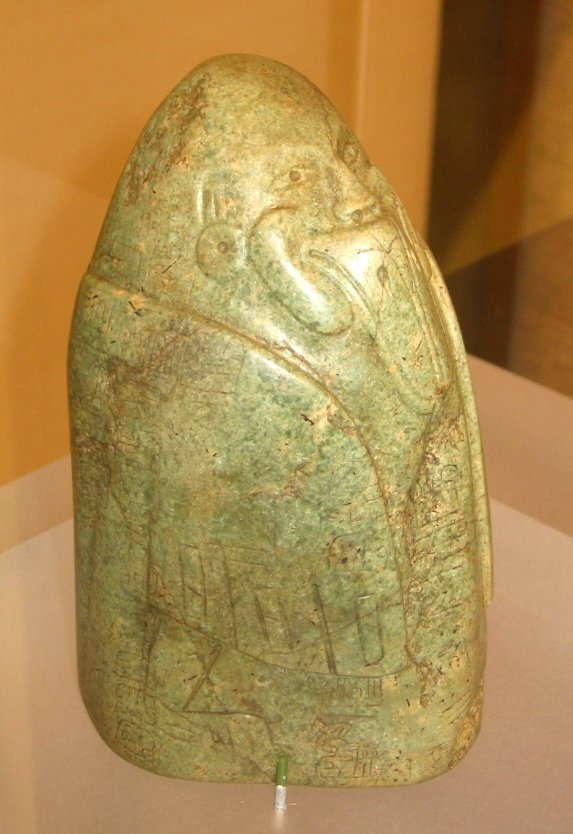 A side view of the Tuxtla Statuette. Credit: Wikipedia

This curious artifact was discovered in 1902 by a farmer plowing his field in the western foothills of the Tuxtlas mountains in Veracruz, Mexico. Examinations of the statuette revealed it was an artifact made by the Epi-Olmec culture. Certain Maya scholars had difficulties accepting the artifact pre-date the Maya, but upon further investigations, scholars confirmed the antiquity of the Tuxtla statuette.

The Epi-Olmec culture was a successor culture to the Olmec. They lived in the central region of the present-day Mexican state of Veracruz from about 300 B.C to roughly 250 C.E.

The Epi-Olmec culture never attained the far-reaching achievements as the Olmec, but they did develop sophisticated calendars and writing system.

Their mysterious Isthmian script still remains undeciphered. The Isthmian script is structurally similar to the Maya script, and like Maya uses one set of characters to represent logograms (or word units) and a second set to represent syllables. This suggests these two writing systems developed together. Both systems have the Long Count calendrical system fixed with a zero date. This type of Meso-American writing was often used to record specific events and carved on stone stelae that serve as durable memorials to rules and symbols of political and religious legitimacy. 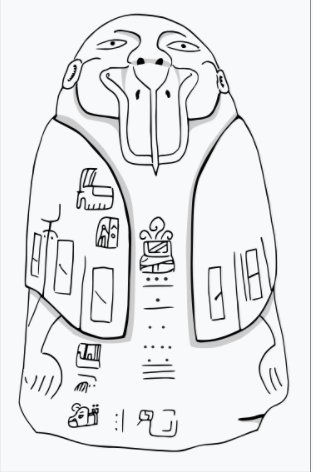 Frontal view of the Tuxtla Statuette. Note the Mesoamerican Long Count calendar date of March 162 CE (8.6.2.4.17) down the front of the statuette. Credit: Wikipedia

Unfortunately, there are very few surviving examples of the Isthmian script, making the deciphering process even harder.

Tuxtla statuette is incised with 75 glyphs. Its glyphs include the Mesoamerican Long Count calendar date of March 162 AD, which in 1902 was the oldest Long Count date yet discovered.  The round statuette is only 6 inches (16 cm) and made of nephrite, greenstone, similar to jade, but not as hard.

The problem is that no-one really knows who the Tuxtla statuette depicts. Most researchers believe the statuette represents a shaman wearing a bird mask and bird cloak.