A.Sutherland - AncientPages.com - Seppuku is a ritual form of committing suicide in Japanese society.

Many people living in the Western world believe it is a horrible and barbaric act. According to the Japanese way of thinking, however, the seppuku ("cutting the belly") meant an honorable death, which was more desirable than a useless life in shame. 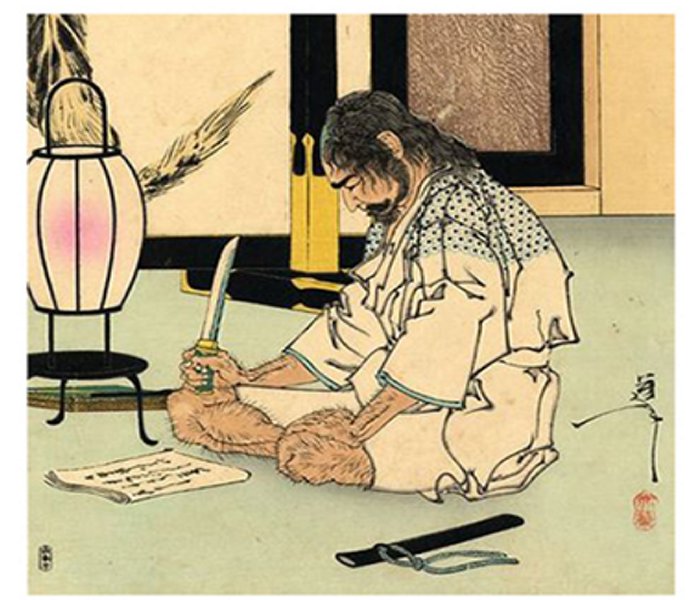 Seppuku's suicide by disembowelment using a samurai sword represents an old Japanese suicide tradition that dates back to the 11th century. The word ‘seppuku’ comes from the words setsu, meaning ‘to cut,’ and fuku meaning ‘abdomen.’

During Japan’s early feudal period,  a powerful warrior class was created. These Japanese warriors battled to expand the power and influence of clans in order to protect the autonomy of their lands and create a unified state system.

The tradition of seppuku intensified particularly in the 15th/ 16th century during the period of the Japanese civil wars but it was officially forbidden by two decrees, one introduced in 1603 and another, in 1663. 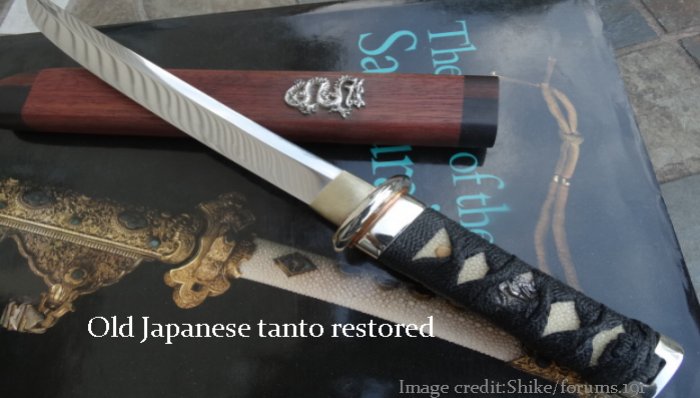 The Tokugawa shogunate (also called the Edo period, 1603-1867) managed to restore stability and peace in Japan, for over 250 years and reorganized the samurai fiefdoms. The seppuku suicide ritual was no longer officially supported but at the same time, it was saved from the state of being no longer practiced.

During the prolonged period of peace, Tokugawa authorities incorporated seppuku into the rules of conduct for samurai commonly known today as ‘Bushido Code’.

Despite the abolition, people continuously practiced the ritual, which was considered a true privilege for both samurai warriors and the nobles. There are ancient accounts of defeated enemies who were given a chance to commit suicide and it was considered by them as grace. They were able to keep their honor intact.

The seppuku was once again officially forbidden in 1868.

Reasons That Could Explain The Seppuku

The seppuku was necessary to avoid the shame of falling into the hands of the enemy. It was also considered an honorable punishment. Sometimes it was performed to demonstrate some kind of disagreement or loyalty towards one's deceased lord or husband.

How Did The Procedure Of The Seppuku Look Like?

At first, the suicide candidate (in a white kimono) had to prepare the so-called death poem. Then, he took a short dagger to cut his abdomen by slicing it from the left lower part of his upper body upwards in the right direction.

Then he was expected to lower his neck and ‘the kaishakunin’ (an assistant who was often the best friend was always present during the procedure), had to blow off the seppuku candidate's head - possibly with one strong blow of his sword in order to shorten the man’s very painful suffering.

It happened that the seppuku was performed under extremely uncomfortable conditions on the battlefield.

In that case, there was no time and no suitable place for the seppuku ritual to be performed. The ritual was usually done quickly.

The latest and widely known case of seppuku is from November 1970.

Yukio Mishima (1925-1970), a Japanese author, playwright, actor, film director, and founder of the Shield Society (‘Tatenokai’) a private militia in Japan dedicated to traditional Japanese values and veneration of the Emperor decided to commit suicide.

Mishima, also accomplished in the martial arts, was a controversial man, who deeply honored the Bushido Code values. In 1970, he and three other members of his militia staged an attempted coup d'état when they seized control of a Japanese military base and took the commander hostage, then tried and failed to inspire a coup to restore the Emperor's pre-war powers.

Rankin A. Seppuku: A History of Samurai Suicide

Niz X. W. Samurai: A Guide to the Feudal Knights