Ellen Lloyd - AncientPages.com - The Hopi await the return of Pahana, their lost white brother who will he will come back dressed in red and bring with him a missing section of a sacred Hopi tablet. Pahana will come from the East and convey people a new religion and peace. 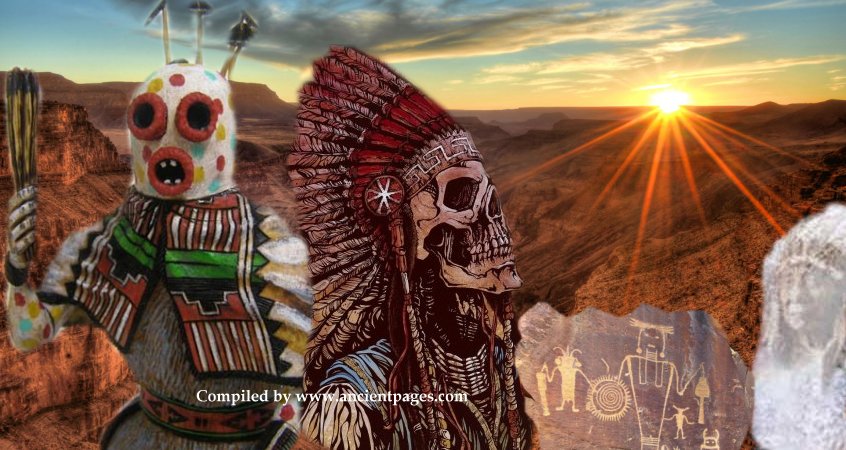 According to the Hopi tradition, their people emerged from the previous world through Sipapu, a cave located variously in the Grand Canyon, at a place near where Colorado and Little Colorado Rivers. Following their emergence, the people wandered about in search of a place to live. After exploring the lands and learning about the world, they returned to the center of the universe, Black Mesa.

The Hopi Indians have a very rich mythological tradition stretching back over centuries and they have stories about their ancestral journeys through three worlds to the Fourth World, where the people live today.

Maasaw, The Skeleton Man Gave A Sacred Tablet To The Fire Clan

Hopi tradition tells of sacred tablets which were imparted to the Hopi by various deities. One precious tablet was given to the Fire Clan.

When the Hopi emerged into the Fourth World (our current world), they learned that Maasaw was on Earth and they went looking for him. As previously mentioned on Ancient Pages, Hopi’s Encounter with Maasaw, the skeleton man was very frightening, but he gave the Holi the sacred gift of knowledge.

Maasaw who was a guardian spirit provided the Hopi with information on how and where they should migrate and settle down. Everything was symbolically written on four sacred tablets given to them.

Maasaw gave one of the tablets to the Fire Clan. The tablet was very small, only about four inches square. It was made of dark-colored chocolate stone and with a piece broken off from one corner. The sacred tablet was covered with symbols and there was a figure of a headless man on it.

How Can The Hopi Recognize Their Lost White Brother, Pahana?

Maasaw was the deity of the Fire Clan who gave the sacred tablet to the Hopi just before he turned around and became invisible. He wanted the Hopi to hear the sound of his voice and remember what he had said. Maasaw told the Hopi “After the Fire Clan had migrated to their permanent home, the time would come when they would be overcome by strange people. They would be forced to develop their land and lives according to the dictates of a new ruler, or else they would be treated as criminals and punished.

But they were not to resist. They were to wait for the person who would deliver them.

This person was their lost white brother, Pahana, who would return to them with the missing corner piece of the tablet, deliver them from their persecutors, and work out with them a new and universal brotherhood of man. But, warned Maasaw if their leader accepted any other religion, he must assent to having his head cut off. This would dispel the evil and save his people.” 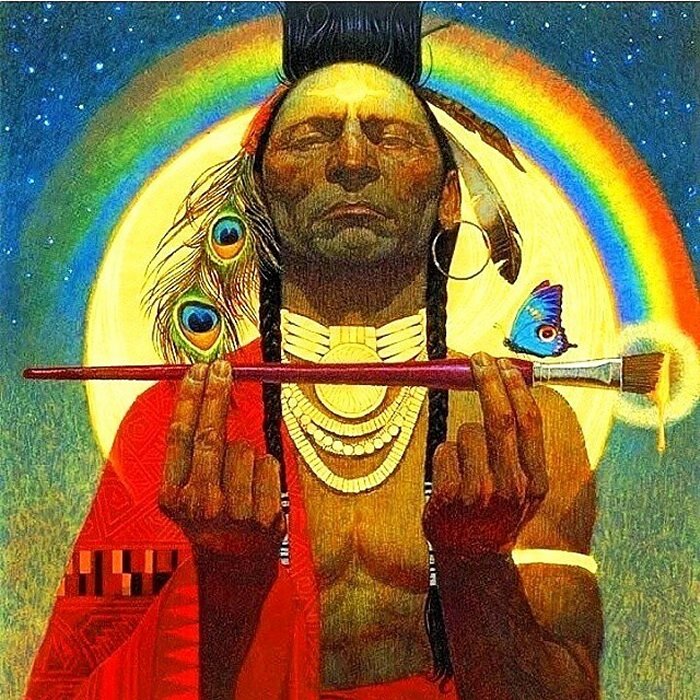 So, the people of the Fire Clan don’t need to worry that they may not recognize Pahana when he returns from the east, or that they are deceived by an imposter. The Hopi know he will be carrying the missing bit of the sacred tablet.

Many of the Hopi believe we are living in the “End Times”, and therefore they expect Pahana to return soon. The lost white brother should arrive before the time of the “Great Purification” of Hopi prophecy.

The belief in the lost white brother is so strong that the Hopi even bury their dead facing east in expectation of the Pahana who will come from that direction.