A. Sutherland - AncientPages.com - In ancient Norse beliefs, weapons had magical power and many myths and legends of Scandinavia are devoted to gods, heroes and formidable weapons.

One of such weapons was ‘Skofnung‘, considered to be “the best of all swords that have been carried in northern lands".

Skofnung was a mysterious sword, which had powerful qualities such as supernatural sharpness and hardness, and belonged to the legendary Hrólf Kraki, Danish king who appears in the Saxon story of Beowulf.

Whether king Kraki was a real person or a legend is unknown. 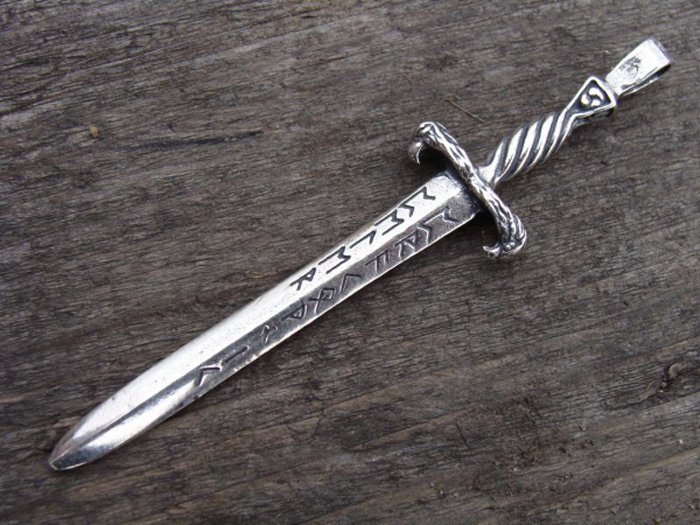 Skofnung was "the best of all swords that have been carried in northern land".

In “The Epic Hero” Dean A. Miller says that the sword Skofnung is mentioned in one of the Icelandic sagas dated to the 13th century, “Laxdela Saga”. It was uncovered in a mound containing the grave of the King Kraki.

It is said that Skofnung contains the spirits of the king's 12 most trustworthy berserker bodyguards. It is the hardest and sharpest of all the swords in the lands of North.

The marvelous, mysteriously enhanced Skofnung can cause serious wounds that sometimes cannot be healed, but it also has a healing stone attached to it that is capable of curing the wounds inflicted by the sword. 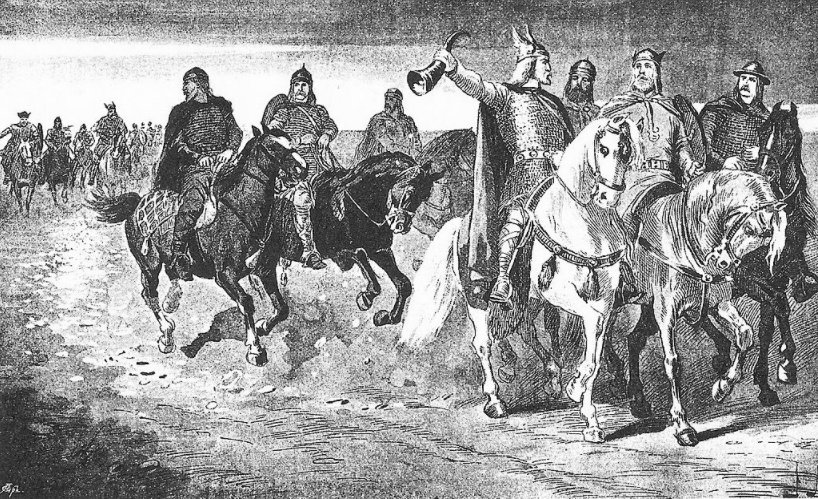 One story in the Laxdela Saga tells that Skofnung sword was used to “avenge a kin slaying but although the hero duels with and wounds the man involved in the slaying, he also – [at the same time] – heals his opponent’s wound with the healing stone, and the two men end the conflict and become true friends.

Another interesting remark regarding Skofnung is that “…the sun must never shine on its hilt, and it must never be drawn in the presence of a woman…”

Could this weapon be only used in the darkness, at night for example? Does it mean that a woman present in the vicinity of this weapon can in some way contaminate it and reduce its supernatural power?

The sword Skofnung had a long history of its own that spans about 500 years after the king Hrolf’s death.

Some of its histories is described in “The Book of Settlements” (Landnámabók), an ancient Icelandic text that dates back to the 12th/13th century and deals with Iceland’s first settlers. One story in the book tells about Iceland’s indigenous settler, who, around the year 900, opened an ancient grave mound. It was the grave of King Hrolf and his warriors and the name of this colonist and the grave robber was Skeggi of Midfjord. 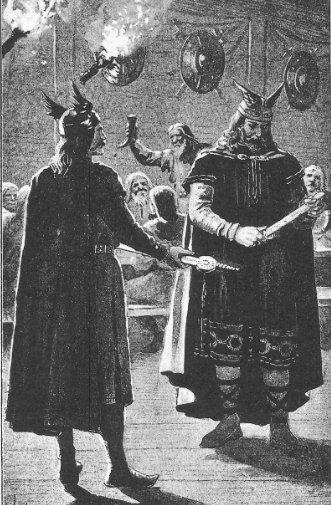 Before Skeggi arrived in Iceland, he was a Viking in the region of the Baltic and grave robber. Skeggi managed to escape with Skofnung and several other priceless grave goods.

Later, the weapon was used by others and it was even taken on a pilgrimage to Rome but when its possessor died on his way home (c. 1073) and was buried at Roskilde, Denmark – knowledge of the weapon’s whereabouts was forever lost.