A. Sutherland - AncientPages.com - Legends say Numa Pompilius was the second king of Rome, but he was not a warrior king but rather a statesman and politician.

During his reign, Numa introduced new laws, customs, cults and  holidays. In contrast to the times of king Romulus and the city of Rome involved in wars, the ruler Numa Pompilius wanted his Rome to experience more quiet times. 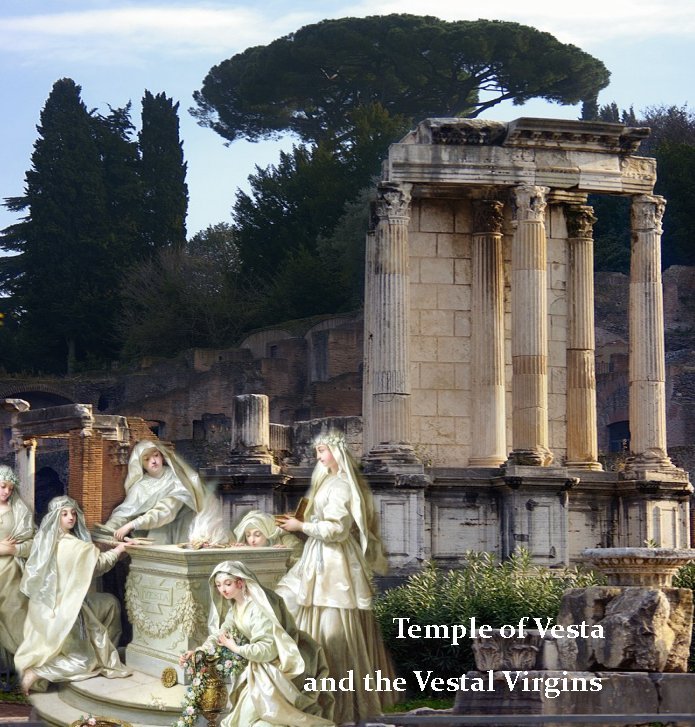 But How Did Numa Pompilius Come To Power?

As legend says, after death of the legendary Romulus, there was time of long tiring dispute on the next succession to the throne. Finally, Pompilius (known for piety and wisdom) was chosen and he, in fact, agreed, however, he had to ask the gods, first.  The fortune tellers were successful and Numa put on royal robes.

The new ruler began with changes regarding religion and he claimed that these changes had to take place because Egeria (a mythological water nymph who was his wife and counselor) had ordered him to do it.

Apparently, such alleged connections with the supernatural forces had to raise Numa’s authority and prestige.

It is uncertain whether this interesting figure really existed. There are only legends about his life but no real, historical facts. According to ancient tradition, he belonged to the Sabines (an Italic tribe from the central Apennines) and was born on the day when Rome was founded (753 BC) and he ruled from 715 BC until his death in 672 BC. He was about 40 years old at the time of taking power. 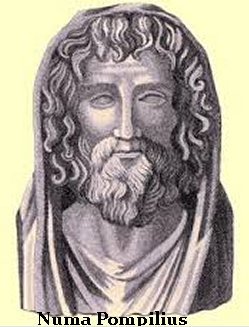 Numa created various offices and authorities for civic workers and came up with the months of January and February and a calendar system that influenced our modern calendar. He also adjusted the solar and lunar year.

The 10-month year had been replaced by a year divided for 12 lunar months. It counted 354 days, and every 19 years there were leap months.

Unfortunately, there is not much information about this calendar. In addition, the king made a list of successful days (dies fasti) and unfavorable days (dies nefasti). On unfavorable days it was not necessary to conduct court hearings or convene a gathering of citizens.

According to Plutarch (46 AD – 120 AD), Numa was remarkably wise and religious man who ordered to construct a temple dedicated to Janus in Rome. Janus was the two-faced god of boundaries and his temple was not an ordinary temple. Its doors (the "Gates of Janus") were closed in times of peace and opened in times of war.

For three great deities of Rome: Jupiter, Mars and Quirinus (Quirinus is the name under which Romulus was worshiped), Pompilius introduced special priests. He brought to Rome, Vestal Virgins (priestesses of Vesta, goddess of the hearth). The Vestals were freed of the usual social obligations to marry and bear children and took a vow of chastity in order to devote themselves to the study and correct observance of state rituals that were off-limits to the male colleges of priests.

Numa was said to have authored several "sacred books" containing divine teachings, mostly from Egeria and the Muses.

However, Numa Pompilius could not be a Pythagorean student – as referred by Plutarch and a Roman historian Livy, because an Ionian Greek philosopher, Pythagoras was born 100 years later, c.  570 BC.

If he really existed, he most probably was not able to contribute with so many important achievements and carry out all new reforms in his city of Rome.

If he did (Numa ruled for 43 years), he was indeed a truly remarkable Roman leader.  However, many believe that all important changes in Roman religion and the peoples’ customs took longer time and they were not the work of one individual.