Thalia Lightbringer – AncientPages.com - Many people gather every year to celebrate the spring equinox at Stonehenge, but did you know there is something similar, but older, in Egypt?

One hundred kilometres west of Abu Simbel in southern Egypt there are some standing stones with astronomical alignments similar to the megalithic structures scattered across Europe, the most famous of these being Stonehenge.

Nabta Playa was constructed approximately 2,000 years before the stone circles of Europe by nomadic peoples of the late Neolithic (Stone Age) period.

These people were probably cattle herders, perhaps some of those who may have contributed to the formation of the Sahara Desert, noted in another article here.

Observation of the stars was important to ancient people because it helped them to navigate, just as they are used by sailors. Stellar alignments were also used to determine important times of year.

The most important stellar alignment for these prehistoric people seems to have been the summer solstice, as that was the time that water began to accumulate in this area. Nabta Playa is a large internally drained basin, which was filled by summer monsoon rains around 11,000 to 5000 years before the present. 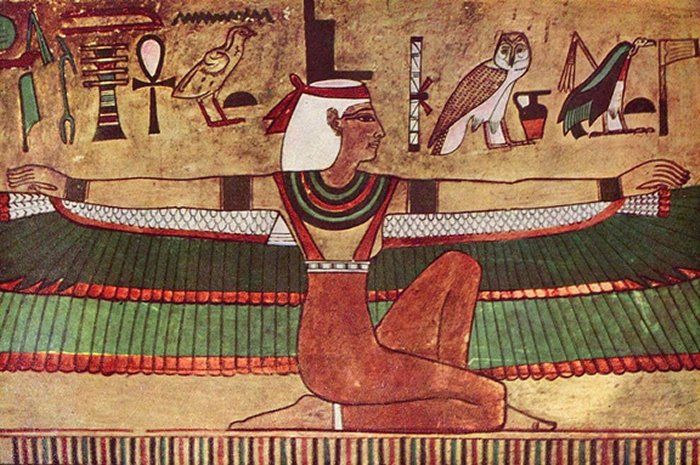 During that time, it was an important ceremonial center for prehistoric people who came to water and feed their animals. They erected these structures on the western shore of the lake during this time, as the stellar alignments can be traced to a specific time frame.

What Happened To The Staircase In The Temple Of The Goddess Hathor?

Analysis has shown that there are 6 megalithic alignments radiating out from this structure across the sediments of the Playa, containing a total of 24 megaliths or megalithic scatters. 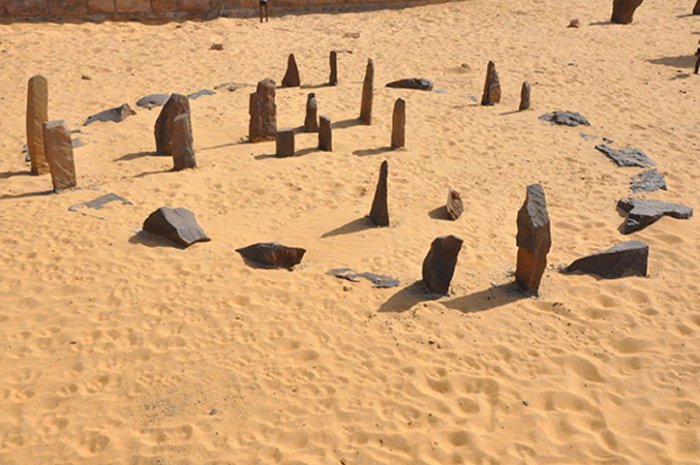 The lines have been shown to coincide with the rising positions of three prominent stars during the period 4800-3700 B. C., the first of these being Sirius, the Dog Star, related to Isis by the Egyptians. Sirius is the brightest star of the night sky and also important to later Egyptians as its appearance heralded the annual Nile floods.

The second star alignment is to Dubhe, the brightest star in Ursa Major, and there are also alignments to stars in the belt of Orion (as with the pyramids at Giza).

The earliest settlements found in the area date to around 11,000-9300 years ago. The people made ceramics and domesticated cattle. Many fire-reddened stones have been found there, remnants of their campfires. There is also evidence of ceremonial sacrifices of cattle. The people probably came from the south or from the Nile Valley in search of pasture and left in the fall when the water dried up. 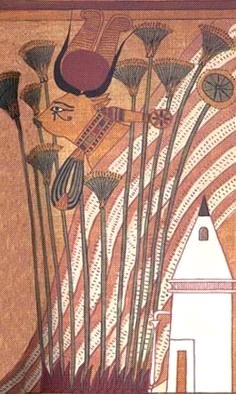 These early cattle herders probably contributed to the later development of the Apis bull worship and the importance of the goddess Hathor, even though in those later times, cattle were not so important to the economy.

Cattle in early cultures often represented status and wealth, as is reflected in the first letter of the Runic alphabet, or Futhark. Feoh means both cattle and wealth. The letter in early alphabets which became our 'A' also was originally a representation of a horned cow.

Magicians of the Gods by Graham Hancock