Ellen Lloyd - AncientPages.com - Queen Semiramis was one of the most interesting, famous and powerful figures in ancient history and yet, her life is shrouded in mystery because very little is known about this ancient warrior queen.

Queen Semiramis (Sammu-Ramat) was the legendary wife of King Ninus, succeeding him to the throne of Assyria and she ruled the Assyrian Empire between 811-806 B.C.

Her achievements and influence made her a controversial, famous and power ancient ruler. Ancient places in Assyria, Mesopotamia, Asia Minor, Arabia, and the Caucasus were named after her.

Even in the Middle Ages, and an old name of the Armenian city of Van was Shamiramagerd (in Armenian it means created by Semiramis).

Ancient legends tell this mysterious woman was the daughter of the fish goddess Derketo of Ascalon in Syria and a mortal man. When Semiramis was just a small baby, her mother abandoned her and drowned herself. Doves fed the child until Simmas, the royal shepherd, found and raised her. That’s also the reason why Semiramis is associated with doves. 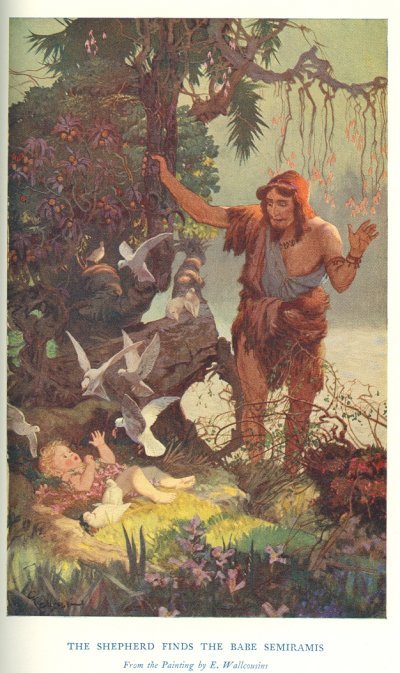 The Shepherd finds the Babe Semiramis by Ernest Wallcousins (1915).

As a young woman, Semiramis married Onnes or Menones, one of Ninus' generals.  Stories of King Ninus, the eponymous founder of Nineveh and Queen Semiramis first appear in the history of Persia written by Ctesias of Cnidus (c. 400 BC), who claimed, as court physician to Artaxerxes II, to have access to the royal historical records. Ctesias' account was later expanded on by Diodorus Siculus, an ancient Greek historian.

King Ninus was deeply impressed by Semiramis and considered her to be a very brave woman. He asked Onnes if the could exchange wives offering him his own daughter, but Onnes refused. King Ninus then threatened Onnes “to put out his eyes unless he at once acceded to his commands.” Onnes was so scarred that he committed suicide.

Semiramis and King Ninus got married, got a son named Ninyas, but their family happiness did not last long.

After King Ninus conquered Asia, including the Bactrian kingdom, he was fatally wounded by an arrow. Semiramis then masqueraded as her son and tricked her late husband's army into following her instructions because they thought these came from their new ruler.

When King Ninus died, Semiramis became the ruler of Assyria. She reigned for 42 years and during this time she successfully conquered many territories in Asia. There is no doubt Queen Semiramis was a great ruler or she wouldn’t have been able to maintain the throne. Women were not admitted to positions of authority in the Assyrian Empire, and to have a woman ruler would have been unthinkable unless that particular woman had enough power to take and hold it. 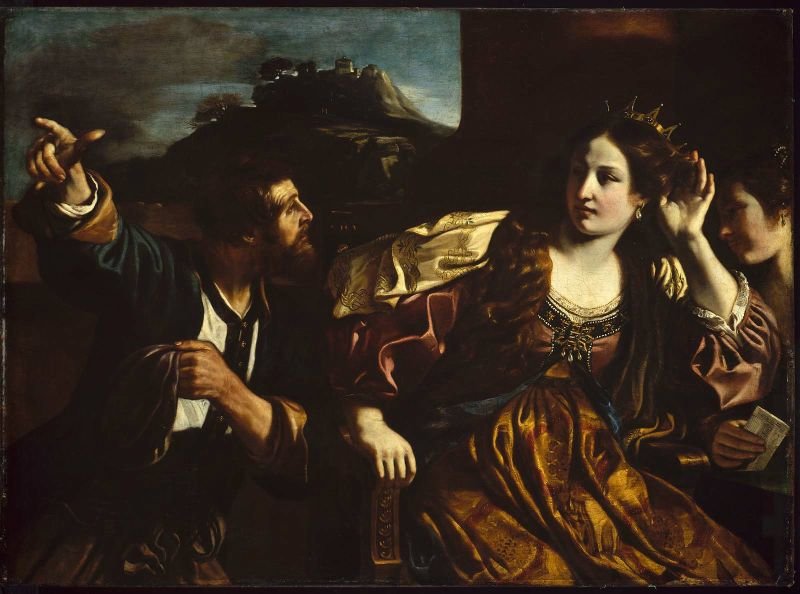 Semiramis hearing of the insurrection at Babylon by Giovanni Francesco Barbieri, 1624 (Museum of Fine Arts, Boston)

Queen Semiramis restored also ancient Babylon and protected it with a high brick wall that completely surrounded the city. Then, she raised several palaces in Persia, including Ecbatana. Hungry for power, she also added Libya and Aethiopia to her already large empire.

When she went to war with King Stabrobates of India, she ordered her artisans to create an army of false elephants to deceive the Indians into thinking she had acquired real elephants. This succeeded at first, but then she was wounded in the counterattack and her army again retreated west of the Indus.

Queen Semiramis Was Killed By Her Own Son

In spite of her cleverness, Queen Semiramis also sowed the seeds of her own destruction. When her son grew older, he demanded of her mother to be installed as king, but Queen Semiramis refused, seeing him as a challenge to her own position. She then tried to kill him, but her son quickly grabbed a sword and killed her

Why Is Queen Semiramis Shrouded In Mystery?

When tracing the life and death of Queen Semiramis we encounter many histories written in ancient times. Some of these stories contradict each other making it very difficult to learn the truth about Queen Semiramis. Surprisingly, for someone so famous, very little is actually known about her. 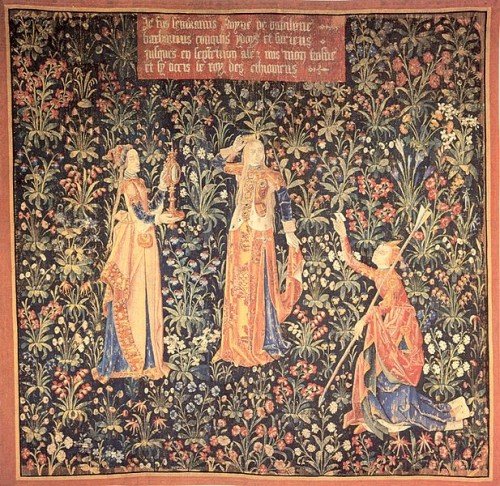 Flemish tapestry of Queen Semiramis and her servants, c. 1480 CE, now in the Honolulu Academy of Arts.

In his book The Two Babylons (1853), Christian minister Alexander Hislop maintained that Semiramis invented polytheism and goddess worship. Hislop believed that Semiramis was a consort of Nimrod, builder of the Bible's Tower of Babel. The problem with his theory is there is no mention of Nimrod's consorts in the Bible.  Hislop also stated Queen Semiramis was actually the goddess Ishtar and her son was GIlgamesh.

Did The Amazons Really Exist? – Truth Behind Myths Of Fierce Female Warriors

The identity of Semiramis continues to be argued by modern historians, but there is no doubt this woman did exist and she was a very impressive and very powerful Assyrian queen. Tales of her accomplishments reached many parts of the world. In Northern Europe female rulers tried to resemble her. Semiramis of the North was a designation given to powerful female monarchs Margaret I of Denmark and Catherine the Great.