A. Sutherland - AncientPages.com - Once a highly sophisticated and powerful civilization in Nubia, was located in the northern Sudan.

Today the ancient kingdom of Nubia is almost forgotten by history and neglected by archaeology because the wonders of ancient Egyptian monuments and pyramids pushed the Nubian Empire into oblivion.

There are many pyramids in Sudan or even more than in Egypt but they cannot be compared with those of Egypt in magnitude, though they are much more artistic.

The oldest pyramids of Sudan are dated back to the eighth century BC. They were built near the modern Sudanese city of Karima, on the eastern bank of the Nile.

The pyramids, beautiful avenues of animals and statutes, temples and colonades, are still standing at Meroe.

Their sandstone was not so durable as that of Egypt and probably therefore, about eighty pyramids have been damaged despite the Sudan's remote and rugged countryside, uncomfortable for tourists and very difficult political situation in the country. 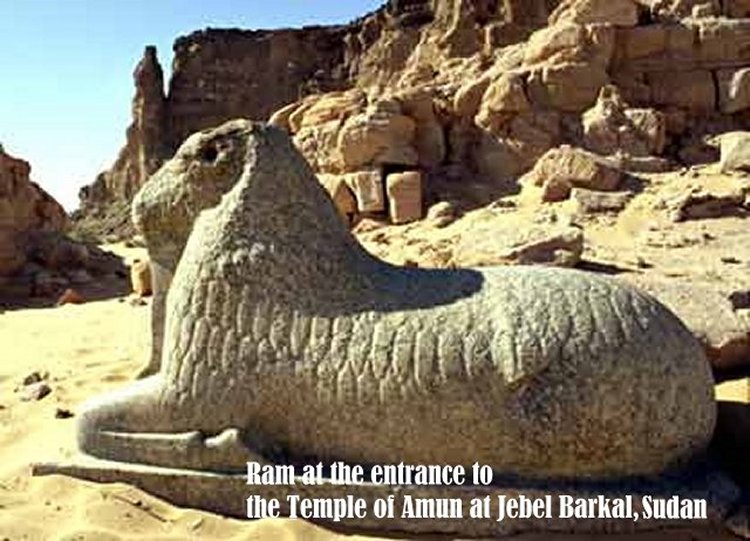 The Great Temple of Amun, stood once at the foot of an mountain called Jabal Barkal (Gebel Barkal) - the 'Pure Mountain'.

The oldest pyramids of Sudan are dated back to the eighth century BC. They were built near the modern Sudanese city of Karima, on the eastern bank of the Nile. In the distant past, Karima - with a proud name - Napata was very impressive place. It was the capital city of Kush, the abode of Napatan gods and kings and pyramids devoted to them.

The Great Temple of Amun, stood once at the foot of an mountain called Jabal Barkal (Gebel Barkal) - the 'Pure Mountain'. and an important city was established at the foot of this mountain, more than 325 feet high.
The city of Napata was so powerful that one day, it decided about the future of Egypt. There is an inscription from the reign of Tuthmosis III, which says that he - (Tuthmosis III) - was the first king who began to build there. Today only the ruins are left. 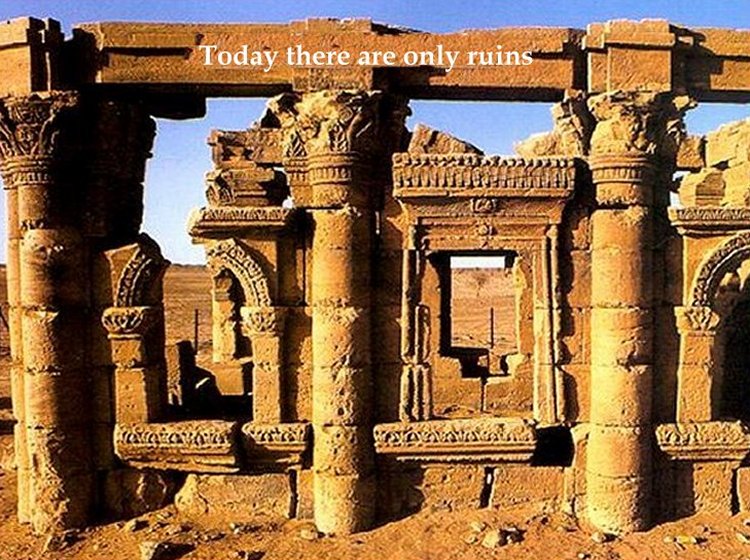 Ancient Nubia is mentioned in the Old Testament under the name Kush" or "Cush". According to the Old Testament, Cush ("Kush") was the eldest son of Ham, brother of Canaan and the father of Nimrod!

About 730 BC, the Nubian King Piye (formerly called Piankhi, who reigned ca. 743-712 BC, invaded and conquered Egypt. Ancient Nubia was flourishing and its rulers adopted the old pharaonic tradition of raising massive tombs.
But the greatness of the ancient Nubia - also known as the kingdom of Kush - goes further back. 5,000 years ago, the kingdom was both cultural center and military power of the African continent.
Ancient Nubia is mentioned in the Old Testament under the name Kush" or "Cush". According to the Old Testament, Cush ("Kush") was the eldest son of Ham, brother of Canaan and the father of Nimrod!

Nubian Gold was exploited for 2,000 years by the Egyptian pharaohs in the Wadi El Allaqi.

The Sudanese pyramids are smaller than the Egyptian ones, but they indeed have a history and many of them survived intact. 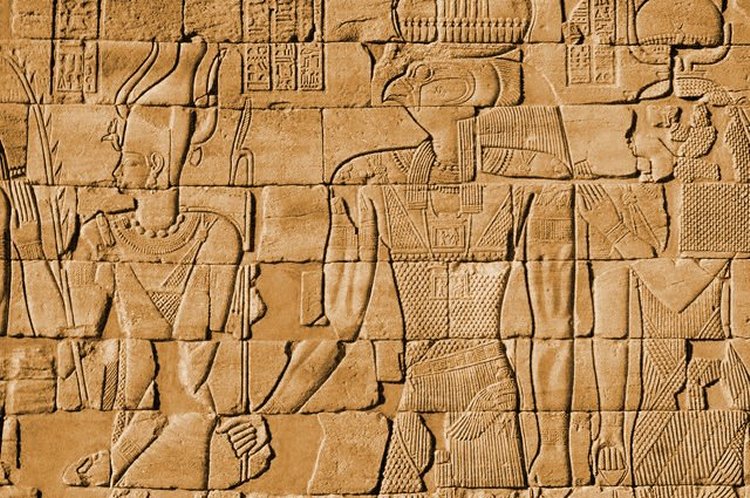 Nubian royal pyramids were built long after they had ceased to be built in neighboring Egypt. After 308 BC, the Nubian kings also began to build first pyramids at cemetery of Meroe, located between the 5th and 6th cataracts.

They are step-sided and 10 to 30 meters high and built of sandstone. Later in the region of royal cemeteries at el-Kurru, Jebel (Gebel) Barkal, Nuri and Meroe, were raised about 180 pyramids. After death, the kings were buried there, in large tombs, built under the pyramids. The oldest are the pyramids built at the royal cemetery at El-Kurru with tombs of four great Nubian kings, located about 12 km south from the Jebel Barkal, on the right bank of the Nile River.
At Nuri cemetary, there are buried 21 kings together with 52 queens and princesess.

Meroe remained the royal cementary for 600 years, until AD 350. It is located a day trip from Khartoum, the capital of Sudan. The kings lived at Meroe city. 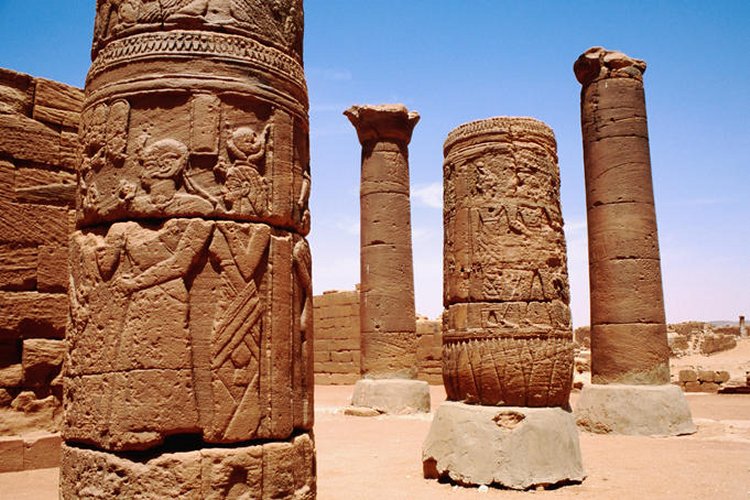 After 308 BC, the Nubian kings also began to build first pyramids at cementary of Meroe, located between the 5th and 6th cataracts.

Meroe - a wealthy metropolis of the ancient kingdom of Kush - was a powerful place. It had an army of 250,000 trained men and 400,000 artisans; Meroe was the city of the enormous size. It covered an almost unbelievable area.

Interesting is that the ruins that Pliny described had disappeared in Roman times, so the place must have been very ancient. Today the city's ruins are considered the largest archaeological site in the world.

In fact, many pyramids of Sudan were robbed in ancient times and in modern, too. Earlier unearthed artifacts are an evidence of both economic and artistic development of the great Kingdom of Kush. And there is still plenty to be discovered on the ancient Nubian ground.

We talk so much about ancient China, ancient Egypt, Mayas, Incas but we never or almost never mention Nubia. In spite of the fact that there almost 300 hundred already known pyramids, we never say: pyramids of Sudan.

How many of them are still waiting for discovery?

Sudan's history from the early Stone Age to the 19th century is a fascinating piece of humans' history. Sudan is still home to some ancient sites with great monuments of the African continent.

This country not always was poor and dry. For many millennia the land was fertile and well-watered. Later the desert gradually advanced and lifeless sand covered Sudan.

It was in this environment that the first Kushite kingdom developed into a real power.

Welsby, Derek A. The Kingdom of Kush: The Napatan and Meroitic Empires