A. Sutherland - AncientPages.com - Today’s article is about Airmid (Airmedh), who was Irish goddess, skilled herbalist and gifted healer, the daughter of the divine physician, Dian Cecht and sister of Miach.

Airmid was one of the members of Tuatha Dé Danann, the tribe of the goddess of Danu, the most ancient of all Celtic deities. The Tuatha de Dannan were in fact, a people who inhabited Ireland in times long past. 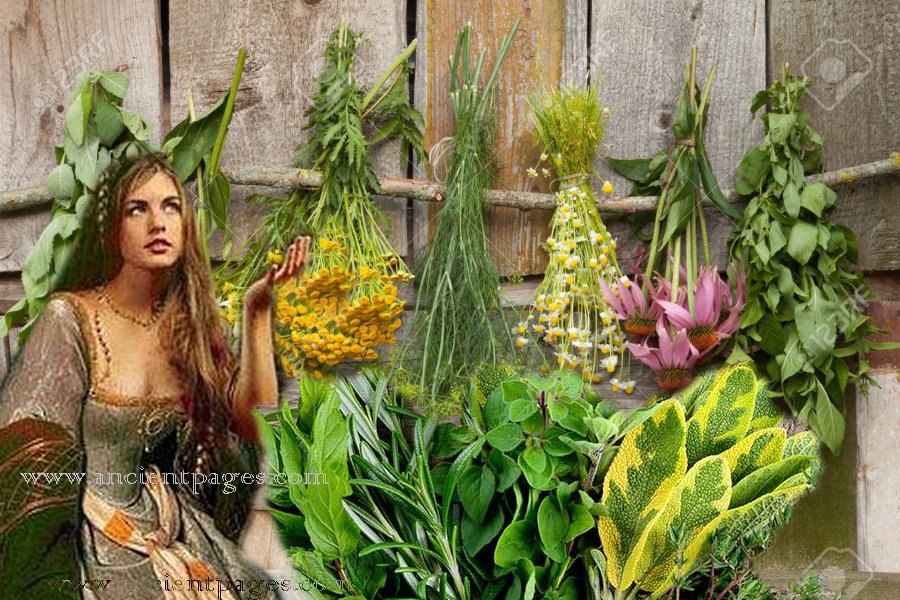 According to the Irish myths, Airmid was one of the enchanters whose incantation sung over the well of Sláine was able to resurrect the dead.

Airmid healed injured soldiers in the famous Second Battle of Moytura (Magh Tuiredh), the legendary site of two battles between the Tuatha Dé Danann and their enemies; the First Battle with the Fir Bolg and the Second Battle with the Fomorians, mythological enemies of the people of Ireland, often equated with the Greek Titans who were "opposing force" to the Olympians.

In the first battle, the first king of the Tuatha Dé Danann, Nuadha (known as Airgetlám ("silver hand/arm"), lost his arm. He was no longer eligible for kingship due to the Tuatha Dé tradition that their king must be physically perfect. Nuada was replaced as king by a half-Fomorian prince known for his beauty and great intellect.

In the meantime, Nuada's lost arm was replaced by a fully functioning silver arm by the physician Dian Cecht, father of goddess Airmid . Later, Nuada's arm was once again replaced with a new one of flesh and blood. It was masterwork of Airmid’s healing treatment and skills of her brother Miach. 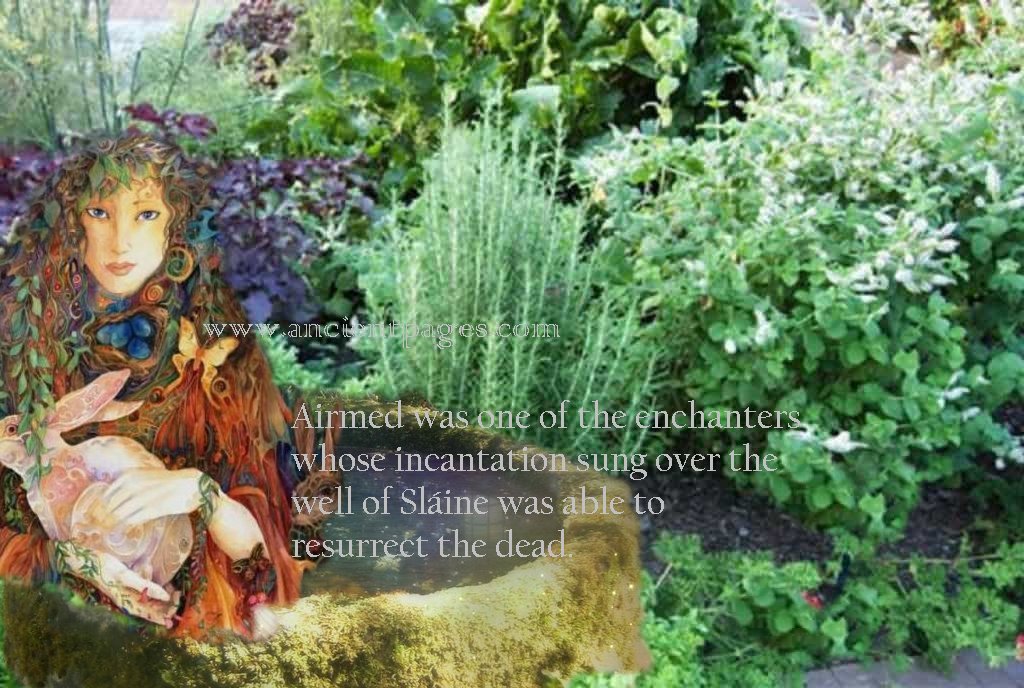 Their father Dian wasn’t proud of medical achievements of his children. He was so extremely envy that he killed his own son, Miach.

When the grieving Airmid went to visit her brother’s grave, she suddenly saw hundreds of plants growing up among the flowers there. These plants had healing properties.

One myth says that the goddess’ tears watered all the healing herbs of the earth (365 in number, according to the number of her brother’s veins and joints). These plants sprung from the soil over Miach’s body.

The goddess decided to gather the herbs and sort them according to their healing properties.

Once again, her father, the divine physician Diach could not control his envy. Standing silently behind Airmid, he suddenly scattered all of the herbs she gathered into the winds so Airmid was never able to recover the herbs and so she could never complete her work.

Today we have some important knowledge about plants and herbs, which have healing properties but to this day, the proper uses for the hundreds of healing herbs are still unknown.