A. Sutherland - AncientPages.com - Most important sacred temple complex of the Aztecs - the Main Temple (in Spanish: Templo Mayor) was built in the center of the Aztec capital Tenochtitlán.

According to Aztec chronicles, the first temple (later followed by its twin temple) was built after 1325 and enlarged several times over the course of the 14th and 15th centuries. 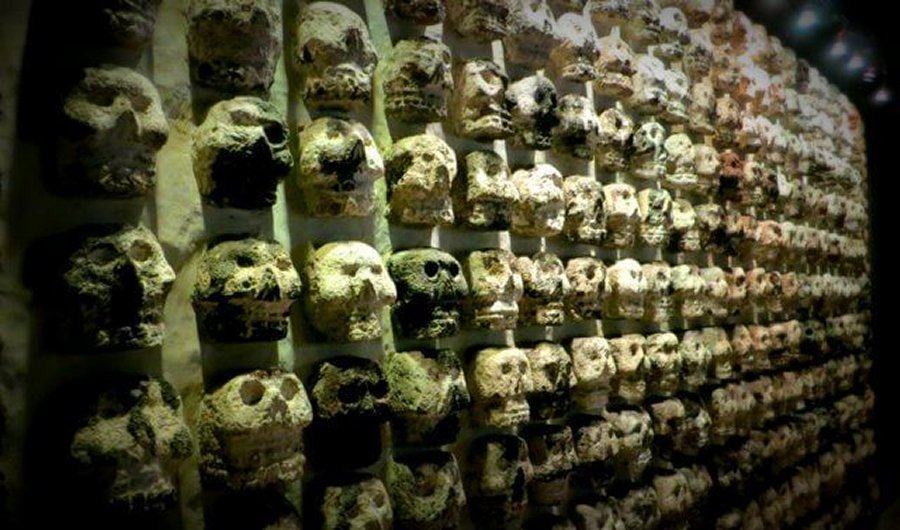 The twin temples were dedicated to god of rain and fertility, Tlaloc ("the one who makes sprout") and Huitzilopochtli, god of war and sun.

Aztec chronicles confirm that both gods were frequently appeased with human sacrifices and other public rituals that took place in the temple.

Templo Mayor was shaped like a pyramid and its ruins are still in the city of Mexico. These temples, about 60 m (180 ft) above the level of the square at the foot of the pyramid, After conquering the city in 1521, the Spaniards almost completely destroyed the temple complex as a symbol of pagan worship.

In 1978, a carved, circular Aztec stone, depicting the mythical being Coyolxauhqui dismembered and decapitated, was accidentally discovered in the ruins of the Templo Mayor of Tenochtitlan, now in Mexico City. 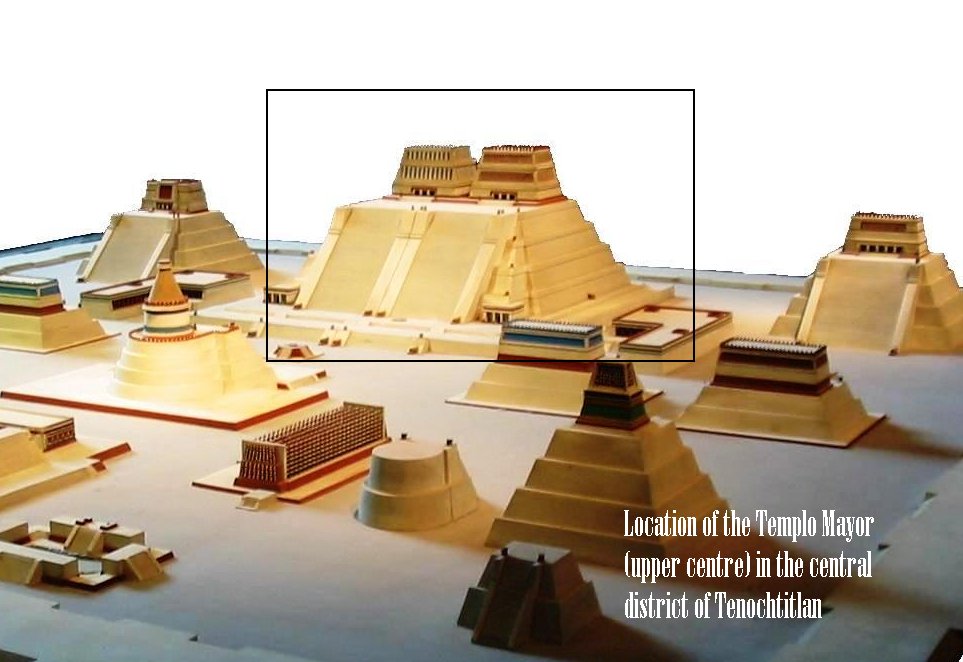 The discovery prompted excavations at the site, which revealed the remains of superimposed temples forming the most sacred place in Tenochtitlán, during the greatness of the Aztec Empire – Temple Mayor. 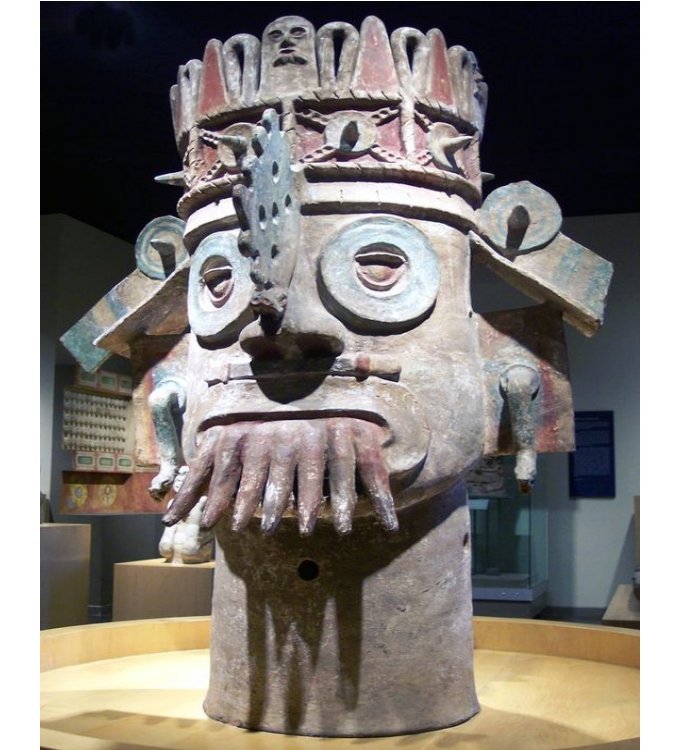 To the Aztecs, death was the continuation of creation, and gods and humans alike had the responsibility of sacrificing themselves in order to allow life to continue.

Many cultures sacrificed people to their gods, also throughout Mesoamerica, but the Aztecs were infamous for their sacrificial rituals. 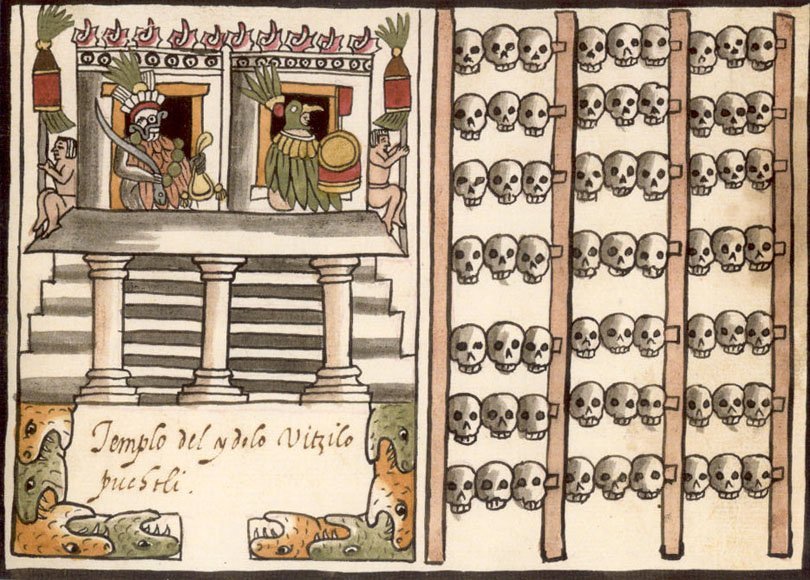 Depiction of a ‘tzompantli’  ("skull rack"), right half of image; associated with the depiction of Aztec temple dedicated to the deity Huitzilopochtli. From the 1587 Aztec manuscript, the Codex Tovar. Image: via Wikipedia

It was important to keep these important gods in a good mood. Tlaloc gave rain, which was crucial for agricultural activities but he also could send disastrous floods, storms and droughts. Huitzilopochtli, the supreme god and patron of Tenochtitlan, was also an important figure.

Offerings in form of flowers, food, golden objects were not good enough, to earn the gods’ favor.

Therefore, during specific holidays according to the Aztec calendar, bloody human sacrifices were offered to appease the gods and guarantee the prosperity of the Aztec society.

Sacrificial victims (mostly prisoners of war, but also children) were tied face up to a special stone before being killed with an obsidian knife. After sacrifice, the priests sprinkled the statues of the gods with blood and threw the hearts into a stone bowl with drainage channels. The body of the victim would be thrown down the staircase of the temple.

Templo Mayor complex also contained other, smaller buildings, platforms and ramps surrounding the main pyramid. The entrance leading to the top of the main pyramid was decorated with ‘tzompantli’, wooden scaffolding on which skulls of previously made victims were put - prisoners, slaves, children, as well as losers in a ritual ball game.