A. Sutherland - AncientPages.com - The Hadrian Wall lost its importance when Roman Emperor Hadrian's successor, Antonius Pius (138 - 161), who launched a successful military campaign in southern Scotland early in his reign, began to construct the Antonine Wall. 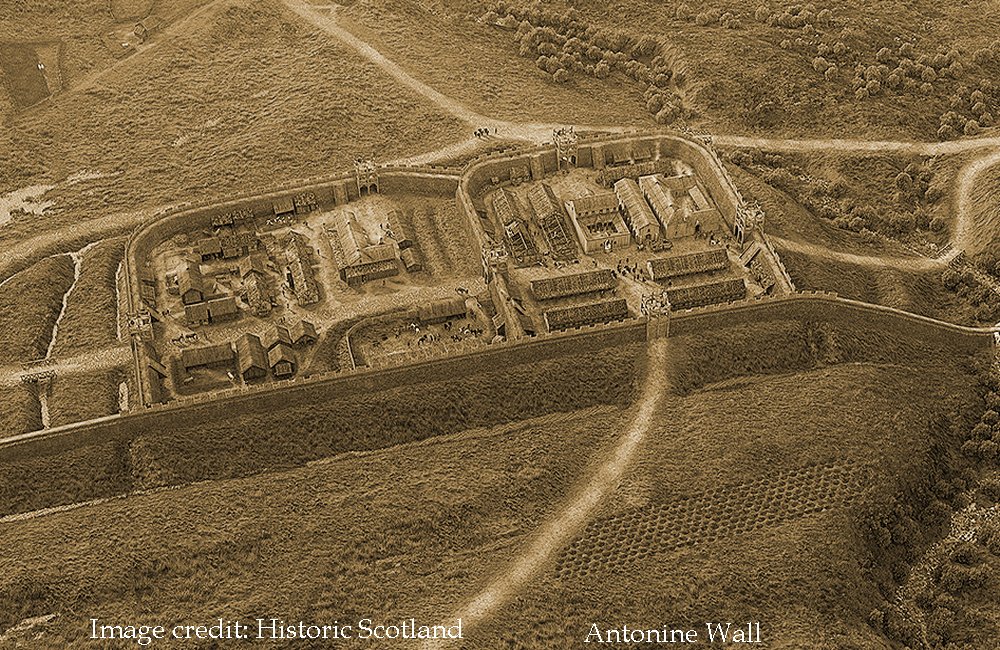 Its ruins are unfortunately less visible than those of the more famous Hadrian Wall. This is mainly due to the unstable building material - turf, which was used to the construction of the wall. However, it is evidenced by the construction of foundations that the Romans planned to erect a stone wall.

The soldiers of the Second Augusta, the Sixth Victrix, and the Twentieth Valeria Victrix legions (also responsible for the building of Hadrians Wall) began to construct the Antonine Wall in AD 142 at the order of Roman Emperor Antoninus Pius.

The structure that run across what is now the Central Belt of Scotland, between the Firth of Forth and the Firth of Clyde,  was the Roman Empire's the northernmost frontier barrier.

Left:  Found at Carleith, Dunochter, before 1699. Translates as " For the Emperor Antonius Augustus Pius, Father of this country, the Second Augustan Legion completed 3271 feet (of the wall)" Greyish buff sandstone; Right: Unknown provenance - donated to Glasgow University in 1695;  Translated as "For the Emperor Caesar Titus Aelius Hadrianus Antoninus Augustus Pius, Father of this Country, a detachment of the Twentieth Valerian and Victorius Legion; Image credit: University of Glasgow, Scotland

The work took about 12 years to complete. These legions erected stone slabs on completion of their work and these slabs are the records of the length of wall they completed, the emperor's name and the name of the legion.

The slabs are unique because no similar slabs are known from any frontier of the Roman Empire. 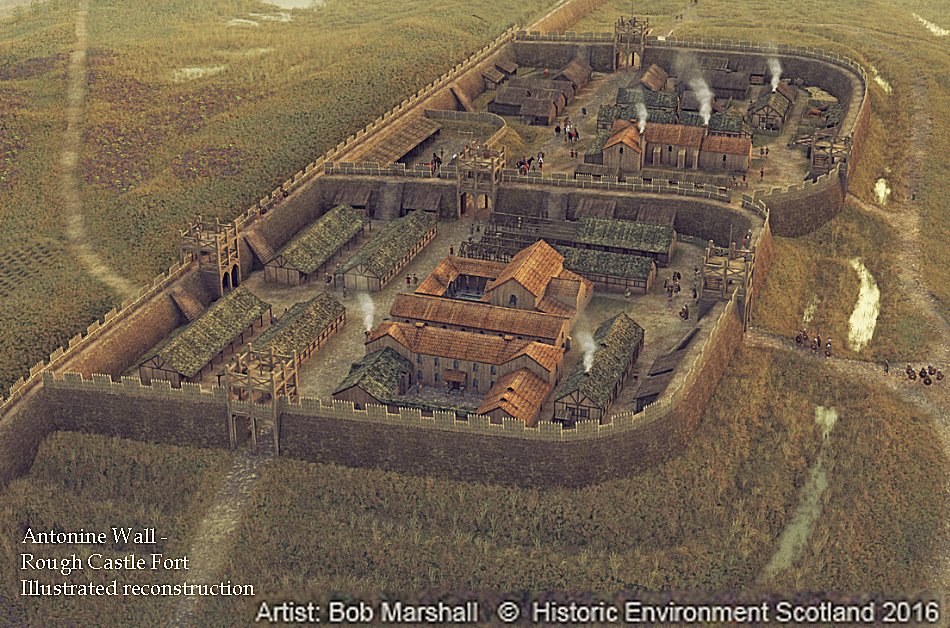 Great Wall Of Gorgan: One Of The World’s Most Sophisticated Frontier Walls Ever Built Is Now Examined

Originally six forts were planned (Carriden, Mumrills, Castlecary, Bar Hill, Balmuildy and Old Kilpatrick) with several fortlets built in between. Later, these fortlets were abandoned and the next ones were constructed.

The Antonine Wall (named after the Roman emperor Antoninus Pius) was an impressive embankment with a height of 4 meters, 4.3 meters wide, with a large ditch on the north side for reinforcement of defense and a network of roads on the south side for the efficient movement of troops. It was 63 km (39 miles) long with 19 forts located every 3.3 km. 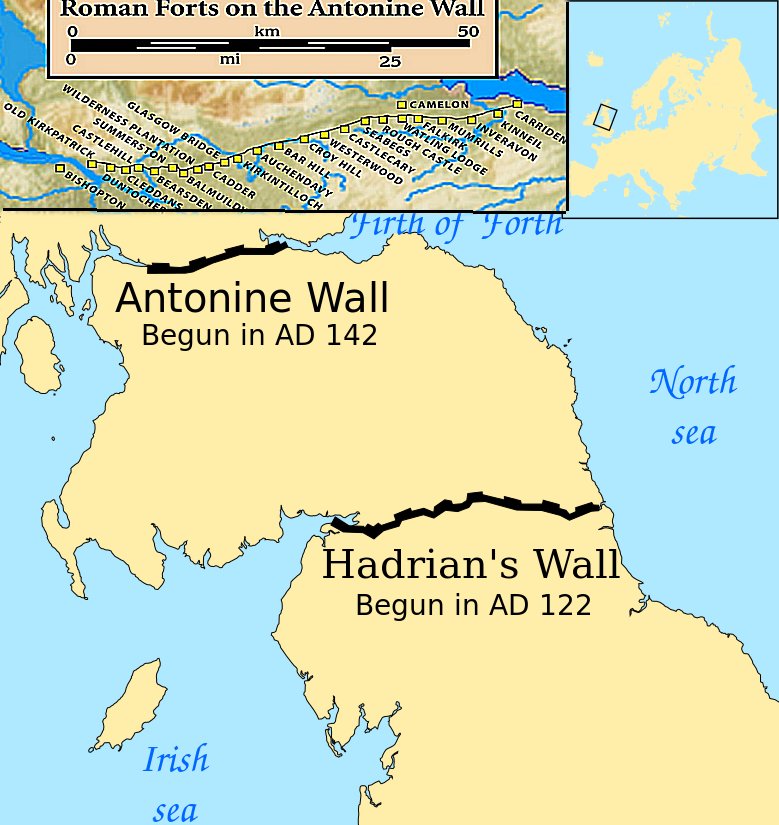 Aa early as in 162 AD (only eight years after its completion), the Romans from this line were forced to retreat to the south again and returned the older fortification - Hadrian's Wall - after it was additionally strengthened. 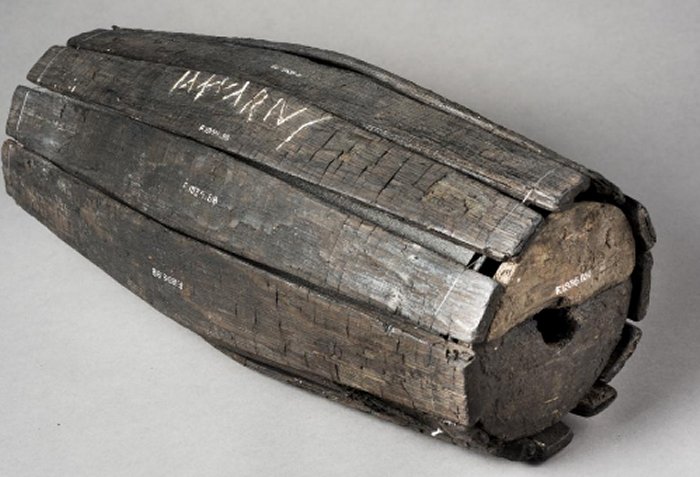 Wooden barrel, with owner's name scratched into it. © Hunterian Museum

Archaeological excavation conducted in the ruins of the Wall revealed many Roman artifacts, both  the military to the domestic. When the Romans were abandoning a fort, they usually buried many of the possessions that they did not wish to salvage and take with them. They did not want them to be used by local peoples.

Except decorative slabs, the Romans also left altars, tombstones, personal possessions and building materials, which were well-buried  and therefore they were unearthed well-preserved and never touched by robbers.