A. Sutherland - AncientPages.com -  The Skidi Pawnee, who inhabited the Great Plains of Nebraska were among the most advanced star watchers. Similar to the Navajo, the people of the Pawnee tribe were deeply aware of the stars and their movements. 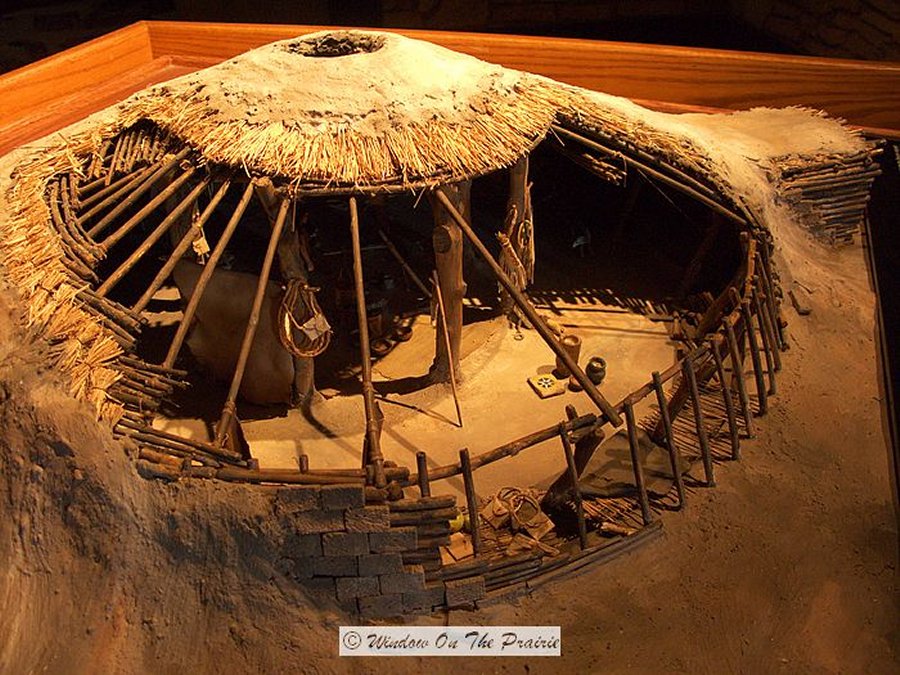 A scale model of an earth lodge with a cutaway showing how the lodge was constructed.. Image credit: Window On The Prairie

The main reason for their interest in stars was because they lived in places where there was no hill or tree that obscured the clear sky full of stars, which played an important role in their religion and inspired the building of their earthen homes – the lodges.

The Skidi Band society was once very complex and perfectly ordered. These people considered the stars as gods who interacted with humans on Earth. These stars (or gods) had their ranking according to the order of importance. The Pawnee also organized human social rank in their society – it was the ranking of the star gods.

They had shrines dedicated to certain stars and star charts but no calendar because they didn’t need it; the position of the stars told them when certain events were supposed to occur.

All their beliefs expressed in myths, their social and religious ceremonies depended on the stars, but one group of Pawnee - the Skidi or Wolf Band, especially worshiped the stars and watched them regularly each night for guidance in daily living. They believed the stars possessed the wisdom of Tirawahat, the Pawnee’s supreme being. He dwelled directly above, in the zenith and the beginning of everything originated from him, even the stars, which were sacred spirits. 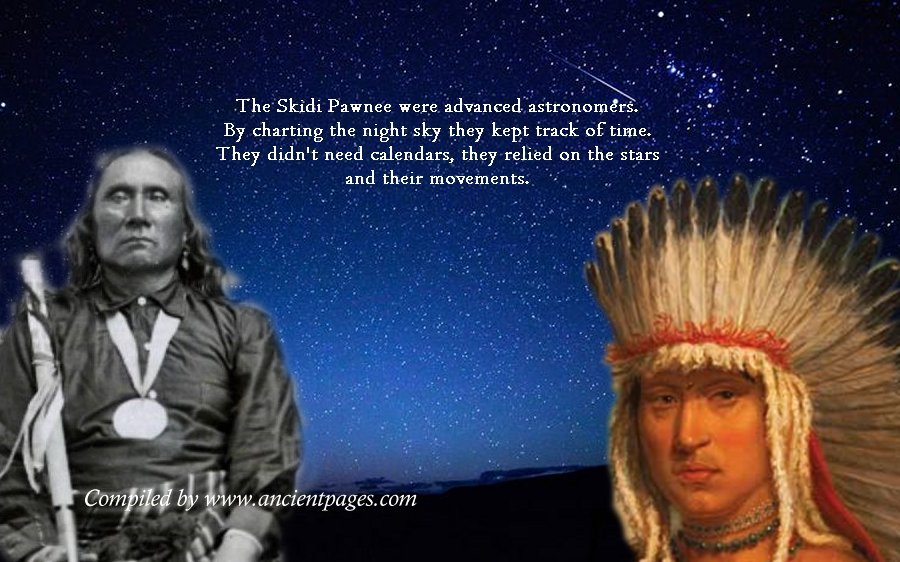 Today, only a few descendants of the Wolf Band are alive and they are the only people who can still tell about their starlore but with a certain exception. Skidi legends do not say which stars are the four directional stars. The Pawnee considered such knowledge – sacred and only a few holy men could identify them.

These four stars were pillars of heaven.

The Pawnee’s earthen lodges were a mirror of the cosmos and ceremonial dances of the tribe, feasts and other gatherings had a specially designated lodge. The lodges were circular, and about 40 feet in diameter, they had the ceiling about 15 feet above the firepit and a circular smoke hole.

The Pawnee say: the floor of their lodge is the earth itself. The ceiling is the sky. The “four pillars of heaven” hold up the sky, which means roof in their lodge and the top of the sky – the zenith – is the circular smoke hole.

Corona Borealis – the constellation of the Northern Crown had a beautiful name the “Council of Chiefs” and the first chief of this council was the North Star or Polaris (“Star That Does Not Walk Around”) but instead it guides the movements of the other stars and watch over the earth and its people.

The Skidi Pawnee tribe of the Nebraska Plains were advanced astronomers. By charting the night sky they kept track of time. They did not need calendars, they relied on the stars and their movements. They believed that the Milky Way was the path, the spirits of the dead take as they are blown from north to south by the north wind.

According to their beliefs, most people are usually sick before they die, so their spiritual path is also very long and resembles the long trail of the Milky Way. The spirits of people who died suddenly in battle or by accident, they travel a much shorter path.

It is believed that these people have been mapping celestial bodies since as early as 1500.

Monroe J. G. Williamson R. A. They Dance in the Sky