Ellen Lloyd - AncientPages.com - What ancient secrets are hidden in the Khentii Mountains? Is the tomb of the great warrior Genghis Khan hidden deep inside the mountains? Is this the reason why this region is a protected zone that we are not allowed to enter?

The location of the tomb of Genghis Khan remains an unsolved ancient mystery. Finding the burial place of the 13th-century warrior, conqueror, and imperial ruler would be one of the greatest archaeological discoveries of all time, but all attempts to locate the ancient tomb have failed so far. Is it because the tomb of Genghis Khan is deliberately hidden and protected from the outside world because some fear it’s cursed?

Many experts believe GenghisKhan was buried somewhere in a valley near the sacred Mongolian mountain of Burkhan Khaldun, near his birthplace in Khentii Aimag, northeastern Mongolia.

Great Burkhan Khaldun Mountain and its surrounding landscape, lies in the central part of the Khentii Mountains chain that forms the watershed between the Arctic and Pacific Oceans. 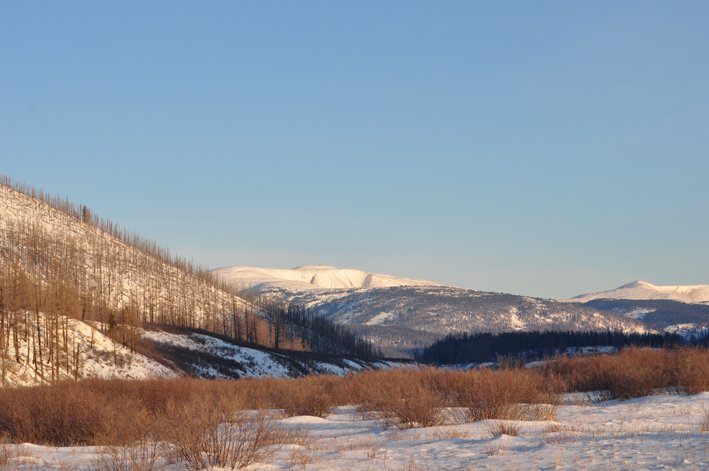 It is believed that Genghis Khan built a beautiful place in the Khentii Mountains, called the Great Taboo or Ikh Khorig by the Mongols.  According to an ancient legend Genghis Khan stated that this was the place where he wanted to be buried.

On This Day In History: The Mongol Conqueror Genghis Khan Died – On August 18, 1227

Many historians suspect Genghis Khan’s tomb was a vast necropolis hidden deep inside the mountains. After the construction was completed, all builders of the tomb were executed to conceal the secret. Even the soldiers who killed the builders of the tomb were executed. One historical source holds that 10,000 horsemen “trampled the ground so as to make it even.” Another source states a forest was planted over the site to hide the leader in his final resting place.

Today, it’s very difficult to so judge how much of this is true, but there are reasons to suspect the tomb of Genghis Khan, the Great Khan and founder of the Mongol Empire is really buried somewhere in the Khentii Mountains.

Investigation the region and looking for Khan’s tomb is easier said than done, because the Mongolian government forbids access to the site.

For 800 years, Mongolia's sacred mountain, Burkhan Khaldun, which is associated with the origin of Genghis Khan is part of the Khan Khentii Strictly Protected Area. Tourists and travelers are forbidden to enter this remote area. 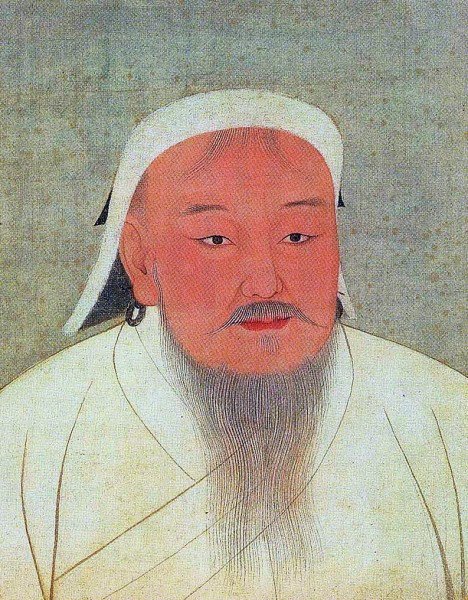 Genghis Khan as portrayed in a 14th-century Yuan era album; the original version was in black and white. Original size is 47 cm wide and 59.4 cm high. Paint and ink on silk. Now located in the National Palace Museum, Taipei, Taiwan.

Some years ago, an expedition, supported by the University of California, San Diego, as well as the National Geographic Society, was granted permission to explore the mountain range. National Geographic’s Valley of the Khans Project and archaeologist Fredrik Hiebert used satellite imagery to identify potential locations for the burial site of Genghis Khan, and then “ground-truthed” the areas with GPR to determine their viability.

The tomb of Genghis Khan was not found. Are we looking in the wrong place or is it simply very well hidden?

Fear The Tomb Of Genghis Khan Is Cursed

Many traditional Mongolians are afraid Khan's tomb is cursed. Some fear finding Genghis Khan's tomb will bring about the end of the world.

People connect the search for Khan's tomb with the discovery of the resting place of Timur, a 14th Century Turko-Mongol military leader who conquered most of the Muslim world, central Asia, and parts of India.

When Timur died in 1405 his tomb was inscribed with one of the most convincing curses in history reading: "When I rise from the dead, the world shall tremble."

Another inscription on his casket read: "Whomsoever opens my tomb shall unleash an invader more terrible than I." Russian archaeologists ignored the warning and opened the tomb. Three days later Adolf Hitler launched Operation Barbarossa, the largest ever military invasion on the Soviet Union.

Many think that opening the cursed tomb of Timur tomb triggered some of the biggest struggles of World War 2 and they worry something similar might happen if Genghis Khan's tomb is located and opened.

In his book Genghis Khan: Life, Death, and Resurrection he wrote: “Many people in China believe Mongolia, like Tibet, should be part of China, as it was under Kublai Khan.

"If China succeeds in establishing mining rights in Mongolia and a dominance over that industry, then Genghis’s tomb might become a focal point for political ambitions, the like of which we have never seen.”

Interestingly, not one single artifact has been found that belonged to the leader who killed more than 40 million people.

Perhaps some things are not meant to be found...