Ellen Lloyd - AncientPages.com - Known to the outside world as the City of the Dead, Dargavs is a truly remarkable and mysterious place we know little about.

Located outside the village of Dargavs in North Ossetia, Russia, this remote place is shrouded in myths and legends. Locals tell that no one has ever come back alive from the City of the Dead and this is one of the reasons why people avoid this slightly spooky place. 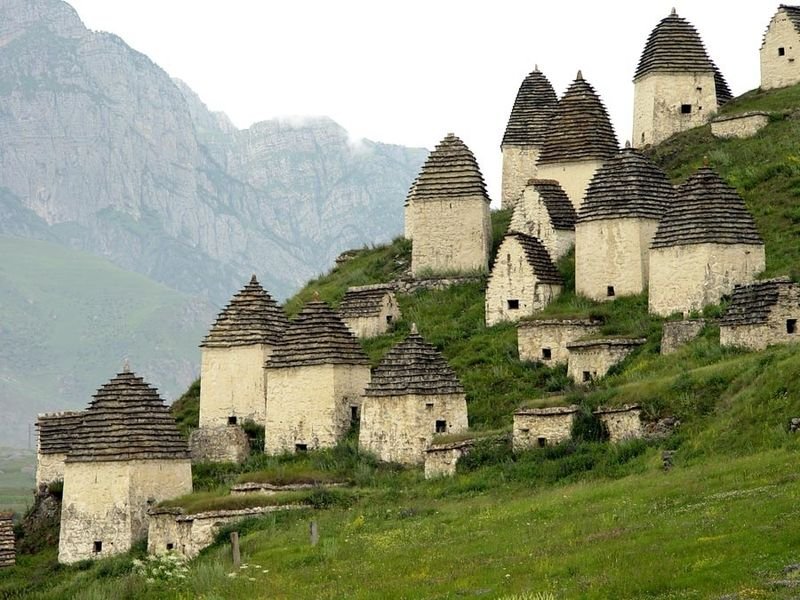 However, we shouldn’t forget that it also takes hours to reach the City if the Dead and the road is dangerous. To get here, one must go through narrow roads and several hills. The City of the Dead is located in the middle of a mountain valley that stretches over 17 kilometers.

The first mention of the City of the Dead dates back to the beginning of the 14th Century. The city itself is an ancient Ossetian cemetery where tombs and crypts are placed on hills or mountainsides closer together.

The white crypts vary in size and shape. it is estimated this architectural style dates back to 2000 years ago. Some of the crypts have ridged curved roofs going inwards in steps with a pointed peak at the top. The smaller crypts have flat sides on the front and back yet on the sides they curves inwards and the smallest of the crypts have no roofs at all. There are 99 different tombs and crypts. At the back of the complex, there is also a watchtower, but the top of it is destroyed. 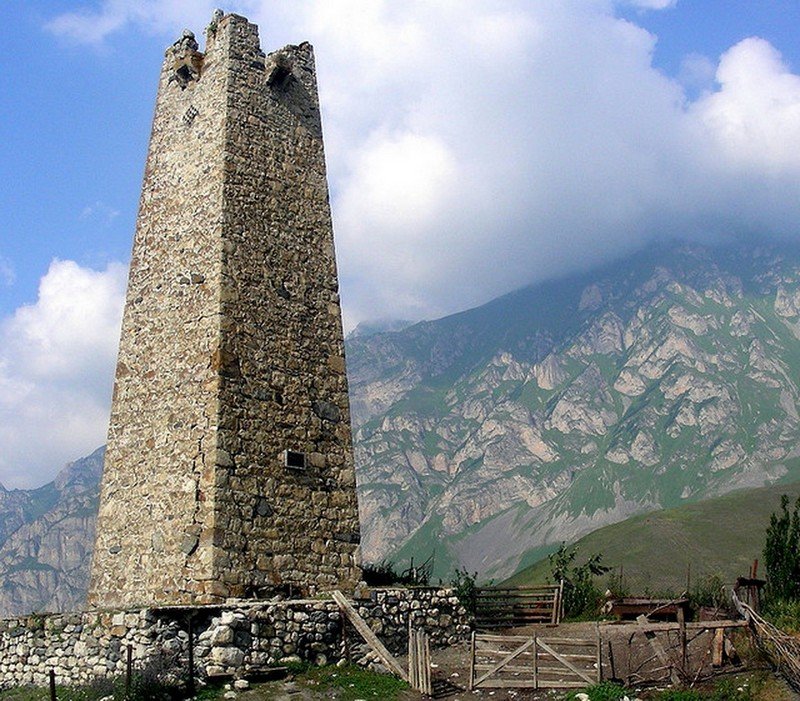 The top of the watchtower is missing. Image credit: Living Nomads

Why the Alanian Necropolis, as this place is called was built here is unknown. Local legends and myths tell stories about plagues that wiped out entire families.

According to one legend, a plague swept through Ossetia, in the 18th century, wiping out 90 percent of the surrounding population. To cope with the disease, people had to construct quarantine houses to isolate themselves from the village, patiently awaiting their death. When they died, their corpses were left to rot inside these huts.

Our historical knowledge about the City of the Dead is limited which is the reason why we cannot fully comprehend some of the unusual discoveries archaeologists have here.

For example, scientists have discovered that several of the bodies inside the crypts are buried in ancient wooden boats. The puzzling question is why the use of boats in a place where there are no rivers. One possible explanation is that the boats have symbolic meaning. They could serve as transportation for departed souls. 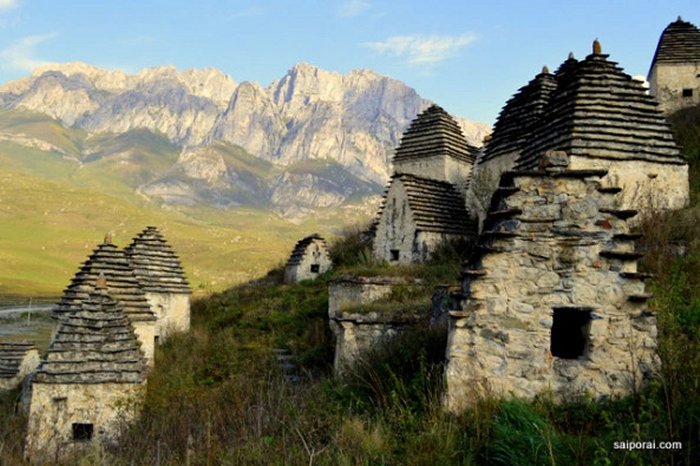 Inside the crypts, there are wooden structures resembling boats. Image credit: Saiporai

Perhaps our ancestors thought that the departed soul had to cross a river in order to get to heaven, and hence the boat.  The concept of souls is very old. Ancient beliefs about the soul can be found among many cultures worldwide and people living in Ossetia most likely believed in some sort of afterlife.

Another curious archaeological discovery revealed that there was a well in front of every crypt. It is said that once the Ossetians buried their dead, they would drop a coin in the well. If it happened to hit a stone at the bottom, it was taken to mean that the soul had reached heaven.

Dead people were often buried with belongings, which shows people believed in the existence of an afterlife.