Ellen Lloyd - AncientPages.com - King Henry VIII is today often remembered for his many marriages. He also played a critical role in the English Reformation, turning his country into a Protestant nation. King Henry VIII also had an unusual taste in weapons and armor. 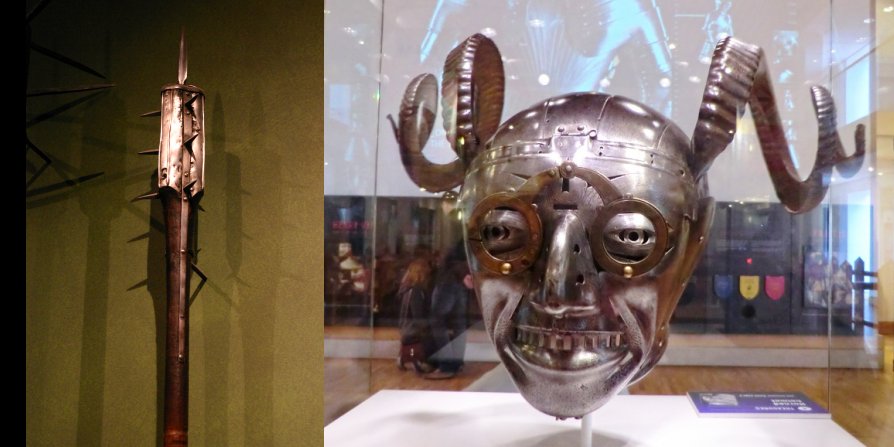 Henry, the second son of King Henry VII and Elizabeth of York, was born on 28 June 1491 at Greenwich Palace.  Following the death of his father, he became Henry VIII, king of England. King Henry VIII married six times, beheaded two of his wives, and his only surviving son, Edward VI, succeeded him after his death on January 28, 1547.

King Henry VIII is known as the 'father of the Royal Navy.' When he became king there were five royal warships. By his death, he had built up a navy of around 50 ships.

Although Henry himself displayed no military talent, he was seriously interested in weapons and military tactics. He had several highly unusual weapons in his collection.

One of them is today known as “King Henry VIII’s Walking Staff”, sometimes also referred to as “Henry VIII's Walking Stick” 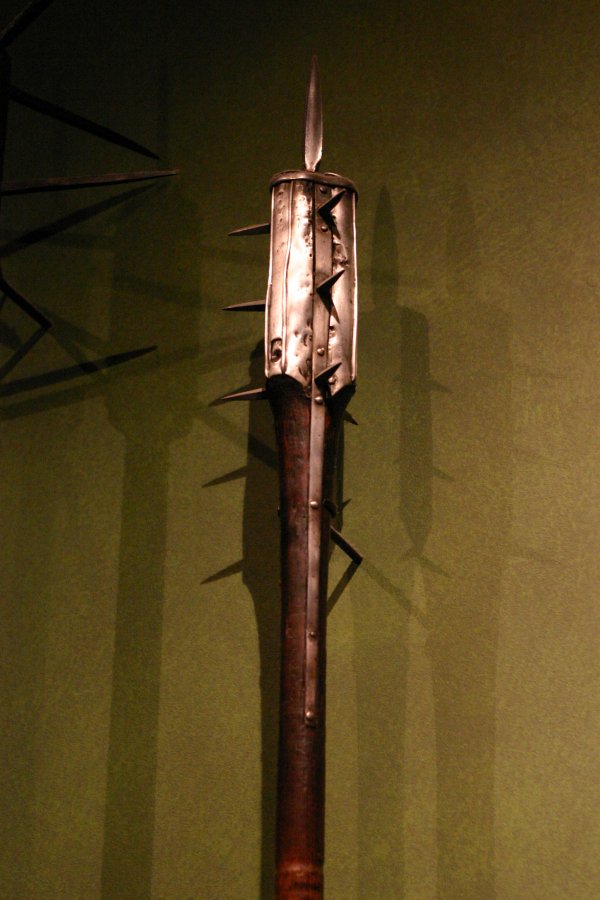 The staff, currently on display in the Tower of London has a morning star at the end that concealed three matchlock pistols.

King Henry was very fond of his walking staff and often took it with him when he would wander about town at night, to check to see if his constables were doing their duty.  One night, a constable confronted the disguised King and asked him why he walking around in the dead of night with such a vicious-looking weapon.

When the King tried to escape, the constable called a watchman to assist him, and together, they arrested the King and tossed him into an unlit, cold, tiny prison cell for the night.

In the morning, when his identity became known, the King personally summoned the constable and the watchman who'd arrested him. Needless to say, the two became very frightened when they learned who they had arrested. The constable and the watchman expected to be tortured and beheaded, but to their great surprise, it never happened. Instead, they were commended for their honesty and integrity and rewarded with large gifts.

The King also immediately passed a law that granted an annual stipend of 23 pounds as well as a large quantity of bread and coal annually forever to the prison where he spent the night, for the benefit of his fellow prisoners and any other future prisoners! 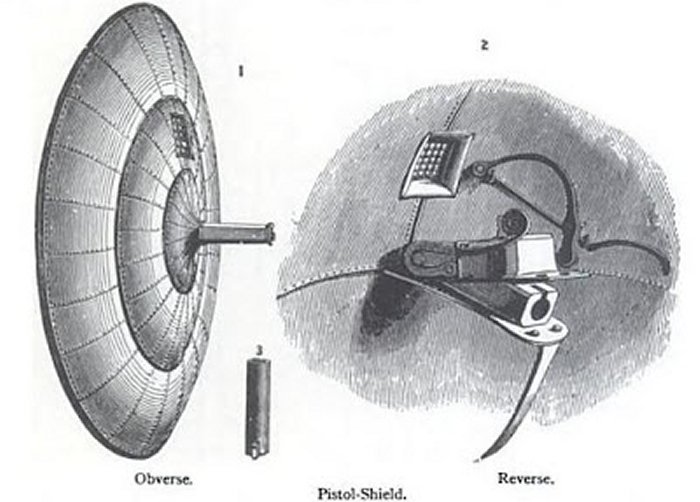 King Henry VIII's round shield with a built-in matchlock firearm. 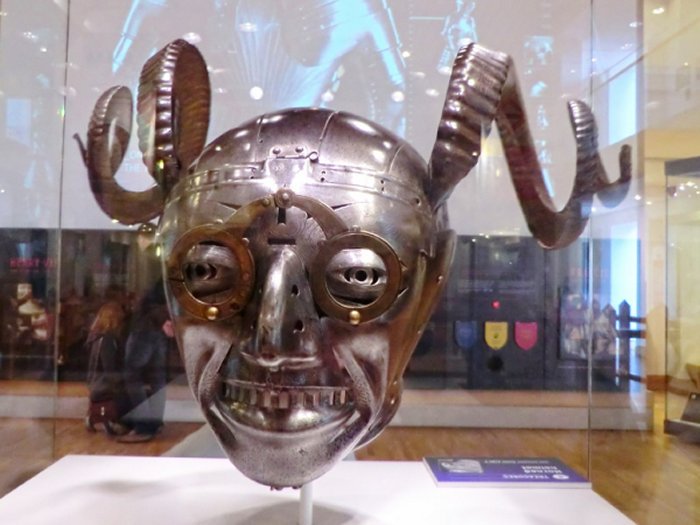 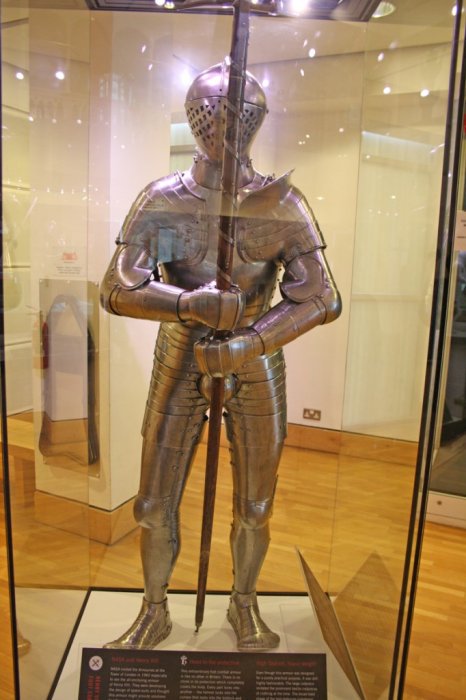 From the Holy Roman Emperor Maximilian 1, King Henry VIII received a horned helmet as a gift. The horned helmet was part of a suit of armor. It was never used in battle. His foot combat armor was originally created to be worn at the Field of Cloth of Gold Tournament, but a change of rules prohibited the king from wearing it and it was never used.