The person was appointed yearly at the court-leet of ancient English communities. It was a yearly post that was important considering how much Englishmen enjoyed ale.

Four men appointed by the Livery Companies, an early form of trade union, in their common hall on Midsummer Day. The ale conner’s duties included checking on the quality and price and measures of bread, ale, and all liquors. 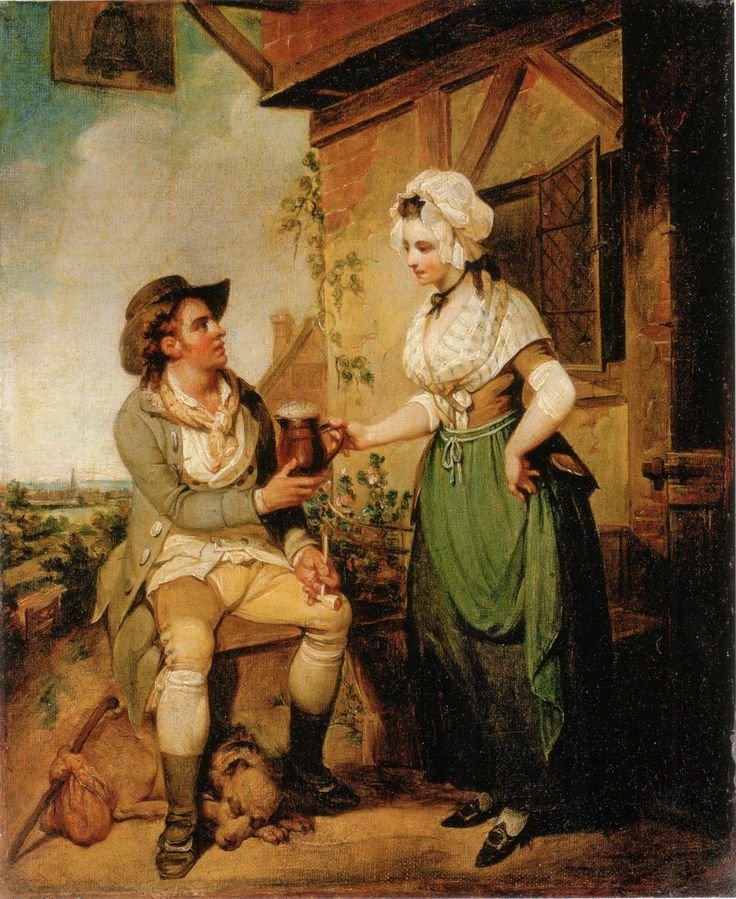 The Ale-House Door (painting of c. 1790 by Henry Singleton)

To taste beer bread and ale may seem like a wonderful job, but one mustn’t forget the person who held the position had to taste samples from every public house in the city. Since the ale conner had authority to impose fines, he was often very unpopular with the pub landlords. Having enemies was somehow part of the job. Alcoholic drinks were required to taste good and be sold at a fair price.

Hops weren’t introduced to the recipe until the end of the 14th century by Flemish immigrants. Throughout most of the Middle Ages the brew consisted of only of malt, yeast, and water. This resulted in a strong, sickly sweet drink that quickly went off. It could also give people food poisoning. With hops in the recipe, the brew had to be boiled so bacteria could be killed.

‘The Domesday Book’ Of William I The Conqueror: Detailed Register Of ‘Who Owned What’ In England

Mask Of Shame: Worn In Ancient Times As Punishment For Gossiping

Unfortunately, in the early days before hops, public houses brewed their own and often kept it long past its expiration date. An ale conner who had to taste drinks at every public house risked becoming sick or even die. It’s understandable some ale conners did not perform their duty when they suspected they could become ill by tasting some old drinks. There are numerous records from early London demonstrating that ale conners were often fined for not performing their duties.

Cornell, Martyn: Beer, the Story of a Pint